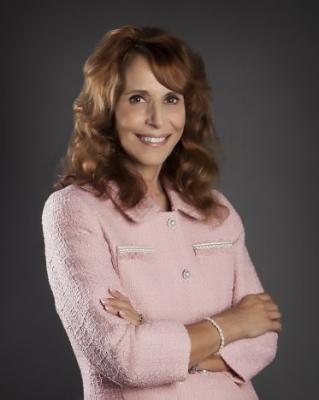 November 15, 2018 — Imaging Technology News extends its condolences to the family, friends and colleagues of Nancy M. Cappello, Ph.D., who could be called the founder of the breast density education movement in the U.S., on her passing on Nov. 15. A breast cancer survivor herself, Cappello passed away from secondary myelodyspastic syndrome (MDS), a bone marrow cancer that was a complication of her prior aggressive breast cancer treatments.

Cappello was diagnosed with stage 3C breast cancer in February 2004, just six weeks after her annual mammogram came up normal. Her doctor told her that the cancer was missed on the mammogram because she had dense fibroglandular breast tissue, a concept that was little-known among patients at that time. Dense breast tissue appears white on a traditional 2-D mammogram, which can mask cancers that also show up as white. Women with extremely dense breast tissue are five times more likely to have breast cancer compared to women with fatty breasts.

Wanting to make sure other women had access to this critical information to make more informed decisions about their healthcare, Cappello founded the nonprofit organizations Are You Dense Inc. and Are You Dense Advocacy in 2008. The group’s aims are four-fold:

One of the group’s most visible efforts has been working with state legislatures to enact laws requiring mammography facilities to inform patients about their breast density and the associated cancer risks. Cappello started with the legislature in her home state of Connecticut, playing an instrumental part in the passage of the first breast density inform law in 2009. Since then, 36 states have passed some form of density notification legislation, with others in progress. Are You Dense and Are You Dense Advocacy have also been working with Congress to enact a national density inform law that would allow greater standardization among the states.

Cappello’s latest medical battles began in September, according to her own blog post on AreYouDense.org. She was admitted to the hospital after feeling increasingly weak, to the point where she could not stand or walk for more than 1 minute without sitting down. Three weeks later, the diagnosis of secondary MDS was confirmed following a bone marrow biopsy. She had been awaiting a bone marrow transplant after it was determined none of her three siblings were a match.

"Nancy was the originator of the dense breast tissue movement starting in Connecticut then across the nation and around the world. We believe she alone and the legislation she helped craft in 36 states has saved many lives," said Donna Johnson, president of Are You Dense Inc. in a statement. "Nancy's work is not over. Are You Dense Inc. and Are You Dense Advocacy Inc. will continue to work on a national breast density notification law and work on the remaining states one by one."

“Nancy Cappello was the inspiration behind the first #BreastDensity legislation in Connecticut in 2009. She will continue to inspire us to question the status quo and strive to do better,” said Wendy Ingman, Ph.D., associate professor in breast biology and cancer at the University of Adelaide, Australia, on Twitter.

Click through the links below to see ITNtv interviews with Cappello, as well as pieces she contributed to the magazine.

Fake News: Having Dense Breast Tissue is No Big Deal

The Manic World of Social Media and Breast Cancer: Gratitude and Grief