Breast Cancer Survivors Not Getting Recommended Number of Mammograms Post-Surgery

New study finds that, contrary to screening recommendations, mammography rates decline over time as women get further out from their breast cancer diagnosis 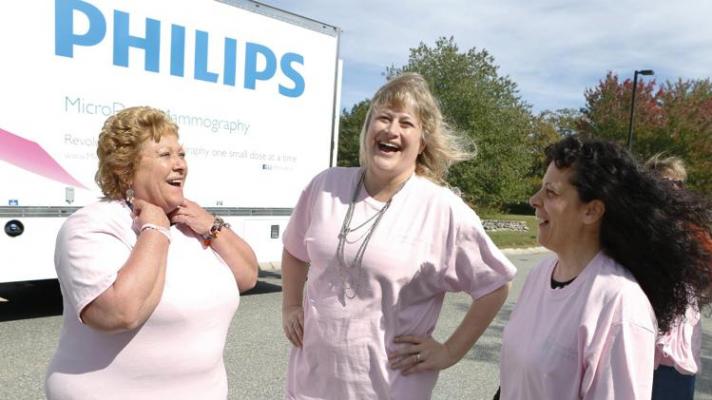 May 24, 2018 — Breast cancer survivors are not getting the recommended level of screening post-surgery, according to a newly-published study in JNCCN – Journal of the National Comprehensive Cancer Network. The study was led by Kathryn Ruddy, M.D., MPH, director of cancer survivorship for the Department of Oncology, Mayo Clinic Cancer Center.

Ruddy — who is also a member of the NCCN Clinical Practice Guidelines in Oncology (NCCN Guidelines) Panel for Survivorship — looked at the post-surgery mammography rates for women with health insurance. While NCCN Guidelines recommend annual mammograms for early-detection of disease recurrence, this study found that even women who remained insured were less likely to meet that standard, as they became long-term survivors.

"The use of regular mammograms to detect a return of breast cancer before any symptoms appear is associated with better overall survival," said Ruddy. "Therefore, clinicians need to make sure that their patients are fully aware of the role these annual mammograms play in screening for new breast cancers as well as for local recurrences. Creating and implementing survivorship care plans with clear follow-up instructions may help ensure that more survivors adhere to recommended screening schedules."

The researchers followed 27,212 patients for a median of 2.9 years after breast cancer surgery (excluding those who had bilateral mastectomy, for whom mammograms are not needed), with 4,790 patients remaining in the study cohort for at least 65 months. The retrospective analysis used the OptumLabs Data Warehouse, containing claims from privately insured patients and Medicare Advantage enrollees from across the United States. One year out from surgery, they found 13 percent of the survivors had not undergone any breast imaging. The number without a mammogram within the past year rose to 19 percent by five years after surgery. Only 50 percent of the patients who were followed for at least five years had at least one mammogram each of those five years.

"This lack of imaging follow-up represents a missed opportunity for identifying recurrent or new breast cancers among a high-risk patient subgroup," said Benjamin O. Anderson, M.D., FACS, professor of surgery and global health medicine at the University of Washington and Fred Hutchinson Cancer Research Center, and vice-chair for the NCCN Guidelines Panel for Breast Cancer. "Of equal importance, this finding illustrates that our healthcare system can fail to track sizable groups of cancer patients after completion of treatment. The NCCN Guidelines for Survivorship delineate quality-of-life issues that patients must address, which together with tests like follow-up mammograms should be part of a coherent and integrated survivorship plan."

The study also found that African-American breast cancer survivors were less likely than their white counterparts to receive mammograms according to the recommended schedule. This may contribute to higher mortality rates for that population, given that recurrence of cancer in the breast is considered to be a major driver for poor prognosis in African-American women.1 While the reasons for this disparity are not clear, limited access to genetic testing could be a factor.

There are new tools currently in development to help support and encourage adherence to post-treatment screening guidelines, including mobile apps and web-based programs. Further research is needed to explore how variability in reimbursements for imaging tests may impact surveillance testing.