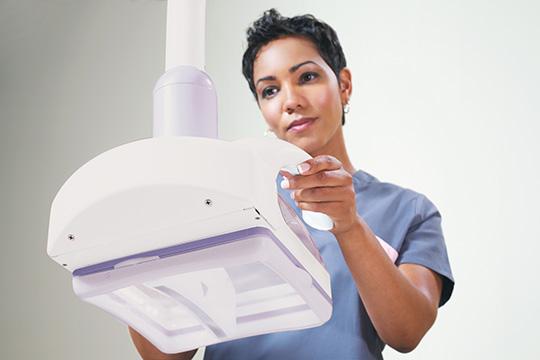 March 8, 2018 – The current guidelines for mammographic breast cancer screening, which are based on data from primarily white populations, may lead to delayed diagnosis in nonwhite women, according to a report published in JAMA Surgery. A team of Massachusetts General Hospital (MGH) investigators report that their analysis of racial differences in patients' age and tumor stage at the time of diagnosis support the development of guidelines calling for earlier initial screening of some nonwhite women.

"While a lot of attention has been focused on improving the 'cultural competency' of clinical care - caring for patients in ways that accommodate their cultural and language differences - we are concerned that we haven't paid as much attention to the scientific research process," said David Chang, Ph.D., M.B.A., M.P.H., of the MGH Department of Surgery. "If the science upon which clinical guidelines are based was not done in a way that respects racial differences, there is little that can be done at the point of delivery to improve patient care."

The current screening guidelines issued by the U.S. Preventive Services Task Force recommend beginning breast cancer screening at age 50 for women at average risk. Chang and his colleagues set out to investigate whether applying a single guideline to a racially diverse population of women might lead to underscreening of nonwhite patients, resulting in later diagnosis. To do this, they analyzed data from the Surveillance, Epidemiology, and End Results database of the National Cancer Institute covering women ages 40 to 75 who were diagnosed with breast cancer during the years 1973 to 2010.

They found that, while the average age at diagnosis for white women was 59, it was 56 for black women, 55 for Hispanic women and 46 for Asian women. Higher percentages of nonwhite women were diagnosed before age 50 – 31 percent for black women, 35 percent for Hispanic women and 33 percent among Asian women – compared with 24 percent of white patients. Higher percentages of black and Hispanic patients – 47 and 43 percent, respectively – were diagnosed with advanced cancers, compared with 37 percent of white patients and 36 percent of Asian patients.

The report's authors note that, while some may be concerned that lowering the screening age for certain patients could lead to overdiagnosis and overtreatment, current improvement in screening technologies and clinical practice could reduce those risks. The fact that earlier screening would apply only to nonwhite women and the cost savings that may result from improved outcomes in minority patients whose cancer is detected earlier may mitigate the costs of additional screenings. Future studies should be designed to account for these and other differences among patient groups.

"The situation with breast cancer is one of the best examples of how science done without regard to racial differences can produce guidelines that would be ultimately harmful to minority patients," said Chang, who is an associate professor of Surgery at Harvard Medical School. "There have been similar efforts in recent years to combat gender biases in science, as we now appreciate that studies conducted only on males – even basic research in rats or other animals – may not apply to, or may even harm female patients. In one instance, it was discovered that dosage instructions for a particular sleeping pill were too strong for women, leading to auto accidents and eventually to a change in dosage guidelines. Flawed science can harm more people than flawed clinical care, which is why it is so important to detect and eventually eliminate these sorts of hidden biases in the scientific literature."