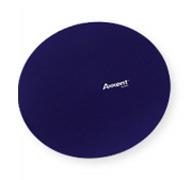 April 14, 2011 – A class I recall has been issued for the Xoft Axxent Flexishield Mini because the product may shed particles of tungsten that can be mistaken for suspicious breast calcifications during follow up X-rays or scans.

The device consists of a circular silicone rubber pad containing tungsten particulate. The pad is 12.7 cm in diameter and 0.1 cm (1 mm) thick. It is designed to shape a therapeutic radiation therapy beam from a low energy source to provide a means to accommodate different shapes of treatment fields. It also limits the amount of radiation encountered by the skin or healthy tissue by shielding areas that do not need radiation therapy.

Xoft conducted an extensive and comprehensive failure investigation and risk assessment regarding this matter. After laboratory testing and a comprehensive literature review, Xoft has concluded that there is no evidence that these tungsten particles are toxic – only a few health effects have been reported in humans with this material, each of which involved exposure at much higher levels. No permanent impairment of bodily functions or permanent damage to body structures is anticipated.

On Feb. 3, 2011, the company sent an Urgent Field Removal Action letter to all affected customers. The letter identified the product, the problem, and the action to be taken by the customer.

Customers were instructed to stop using all units of the Flexishield Mini Catalog Number F5300 in their inventory and return them to the company.

Class 1 recalls are the most serious type of recall and involve situations in which there is a reasonable probability that use of these products will cause serious adverse health consequences or death.