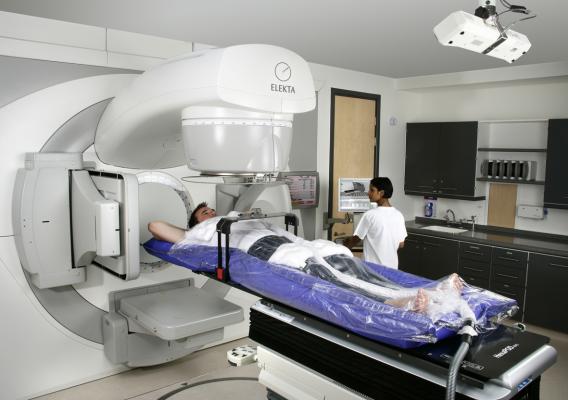 December 11, 2019 — A new clinical guideline from the American Society for Radiation Oncology (ASTRO) provides recommendations on the use of radiation therapy to treat patients diagnosed with the most common types of skin cancers. The guideline details when radiation treatments are appropriate as stand-alone therapy or following surgery for basal and cutaneous squamous cell carcinomas (BCC, cSCC), and it suggests dosing and fractionation for these treatments. The executive summary and full-text version of ASTRO's first guideline for skin cancer are published online in Practical Radiation Oncology.

Skin cancer is the most prevalent cancer in the United States, with more than 5 million cases diagnosed each year. More than 95 percent of these diagnoses are BCC or cSCC, which, in contrast to melanomas, respond well to radiation therapy if treated promptly and properly. Although surgery to remove the lesion is considered the primary approach for definitive/curative treatment of these non-melanoma skin cancers, radiation therapy can play an integral role in both the curative and post-operative settings.

ASTRO developed the new guideline to provide clarity about treatment options. "There is significant variation in practice about when and how radiation should be used for non-melanoma skin cancers, largely because few randomized studies have compared modern treatment options head-to-head," explained Phillip Devlin, M.D., FASTRO, chair of the guideline task force and a radiation oncologist at Brigham and Women’s Hospital in Boston.

"For this guideline, we drew on the consensus of a multidisciplinary group of leading experts, as well as a systematic review of the evidence, to help physicians understand when radiation is most likely to benefit their patients and to encourage informed discussion about treatment options," added Anna Likhacheva, M.D., M.Ph., vice chair of the guideline task force and a radiation oncologist with Sutter Medical Group in Sacramento.

Recommendations for Radiation Therapy for BCC and cSCC

Recommendations address technical aspects of radiation therapy, suggest dosing and fractionation schedules and include a brief discussion of the different types of radiation delivery methods. The task force concluded that the appropriate use of any of the major radiation modalities results in similar cancer control and cosmetic outcomes. The guideline also considers the use of drug therapies such as chemotherapy, biologic and immunotherapy agents in combination with radiation.

The guideline was based on a systematic literature review which produced more than 1,500 articles, of which 143 (published from May 1988 through June 2018) were then carefully evaluated. The task force included a multidisciplinary team of radiation, medical and surgical oncologists, a radiation oncology resident, medical physicist, dermatologist and dermatopathologists. The guideline was developed in collaboration with the American Society of Clinical Oncology (ASCO) and the Society of Surgical Oncology (SSO), who provided representatives and peer reviewers.