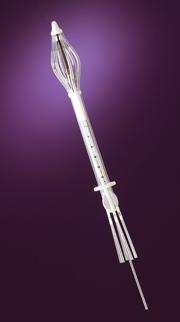 May 9, 2012 - The American Society of Breast Disease (ASBD) is concerned about misleading information in a recent study published in the Journal of the American Medical Association (JAMA), comparing breast brachytherapy to whole breast irradiation (WBI).

ASBD cautions that the study has several deficiencies that may unnecessarily deter women from choosing brachytherapy as a treatment option. The society believes that brachytherapy remains a valuable method of treatment for appropriately selected patients, and that it should continue to be offered to appropriate women as a treatment choice. Potential benefits include less dose to healthy tissue, convenience (five days instead of six weeks for WBI), safety and effectiveness.

The study's senior author is Benjamin Smith, M.D., assistant professor at MD Anderson's Department of Radiation Oncology. The publication is based on Medicare billing claims data. The study reports a small increased rate of complications among patients treated with brachytherapy, compared to those treated with WBI. However, concern arises regarding the study due to multiple design flaws.

Patients in this study were treated at institutions from across the entire United States, with varying degrees of brachytherapy experience and expertise in medical physics, potentially resulting in the small differences reported. Because of the large number of patients in this study, small differences, such as the 1.77% increase in mastectomy rates, may have achieved statistical significance that are not clinically significant.

Among shortcomings of the study are:

The information contained in the JAMA article compares WBI only to the initial, single-catheter "balloon" style brachytherapy device.

More recently, new medical technologies have been introduced to improve patient outcomes. As technology and surgical techniques improve, it is common to see improvements in complication rates.

Since 2006, more sophisticated brachytherapy devices with multiple catheters have become available. These include a "strut-based" applicator and "multi-lumen" applicators. These devices have been proven clinically and studied in standard scientific fashion with peer-reviewed publications supporting their safety and efficacy.

As a result, many doctors have moved away from relying on the older single-channel device, in favor of more advanced brachytherapy devices. These newer devices more precisely deliver radiotherapy and help overcome the limitations of the single-channel balloon method.

Additional Issues with the JAMA Study

It is worth noting that the JAMA data on five-year survival rates were in fact slightly better for brachytherapy patients than for those who received traditional whole breast irradiation.

The JAMA article reported slightly higher rates of mastectomy (1.77% more) and more complications for brachytherapy using the single-channel balloon, compared to WBI. One significant issue here is that the JAMA study did not state -- nor do the authors know -- the cause of those mastectomies, or even which breast was removed. The study suggested this is due to tumor recurrence with brachytherapy, when in fact the data did not reveal the reason for those mastectomies.

The JAMA study also misleadingly emphasized minor complications of radiation therapy (for example, inferior cosmetic outcomes). Yet it failed to highlight the importance of a potentially life-threatening complication of WBI -- post-radiation pneumonitis. The study reports that the pneumonitis complication rate for whole breast irradiation was actually higher than for brachytherapy.

When patients are given a choice between whole breast irradiation and brachytherapy, many will place more weight on avoiding a potentially life-threatening complication such as post-radiation pneumonitis.

Overall, the JAMA study sheds no light on the remaining issues that are important to clinicians. It includes no guidance on patient selection for different kinds of radiation, an important consideration in the treatment of early-stage breast cancer. There is no information gained from this study that will help a woman decide whether or not she is a candidate for breast brachytherapy.

ASBD supports further investigation and the completion of the essential NSABP-39 clinical trial. Many of the remaining questions will be addressed with the data being gathered in randomized, head-to-head clinical trials comparing breast brachytherapy to whole breast irradiation. It is noteworthy that there are 9 randomized clinical trials across the world that will shed light on these critical issues.

Brachytherapy/ partial breast irradiation is one of the most carefully studied technologies in modern medicine, with peer-reviewed published reports demonstrating outcomes that match WBI, and with distinct potential quality-of-life advantages. It would be unfortunate if the deficiencies in the JAMA study limit women's access to breast-cancer therapy choices or prevent completion of the important North American clinical trial. 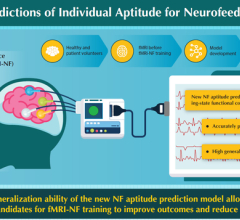