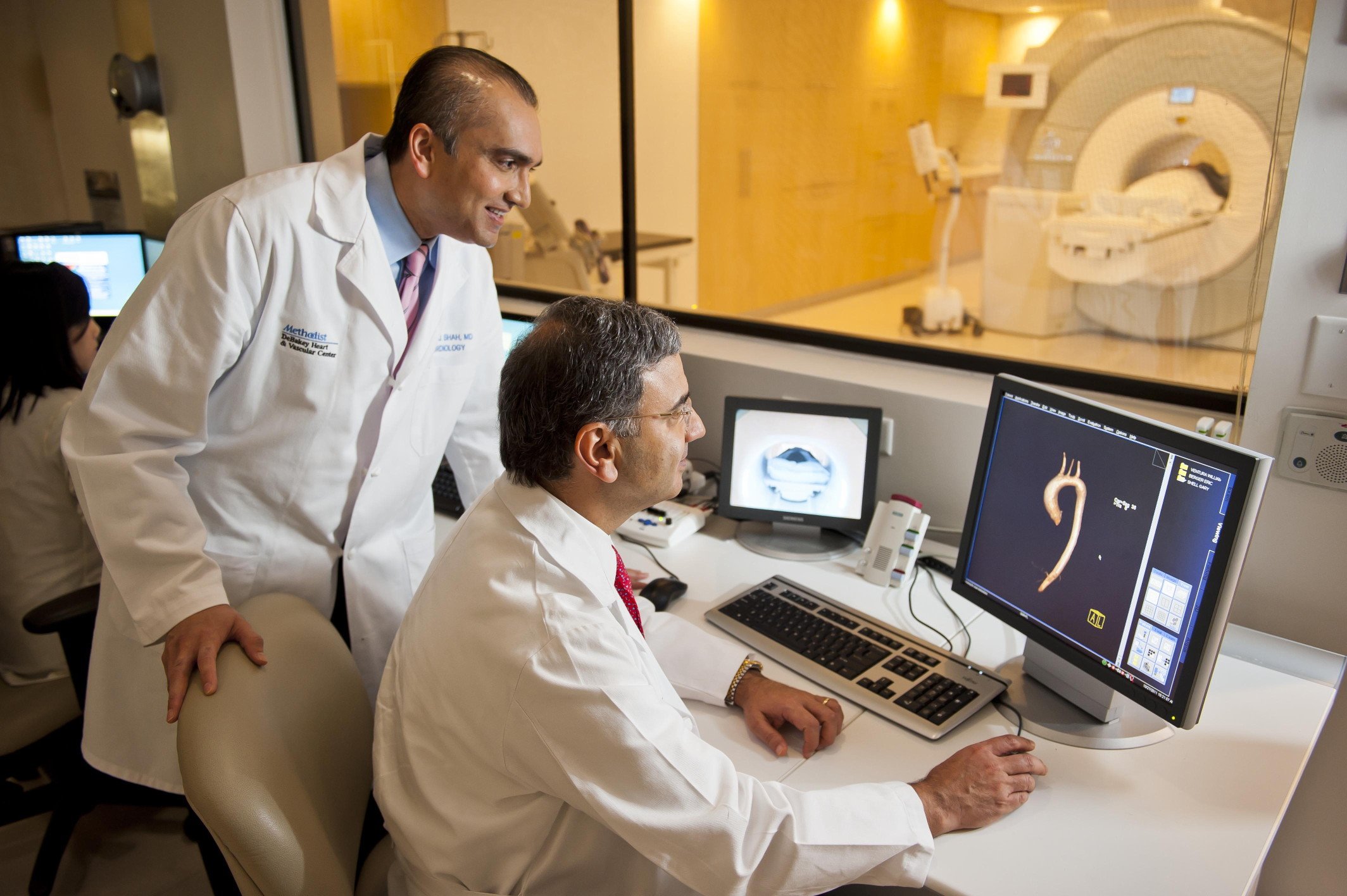 Cardiac MRI being performed at the DeBakey Heart Hospital. 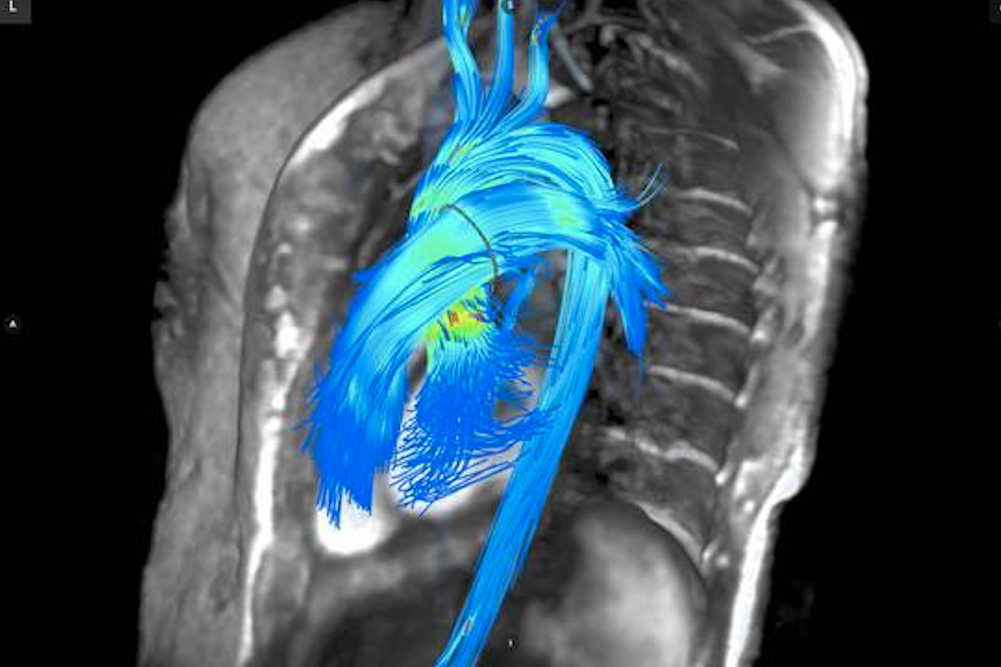 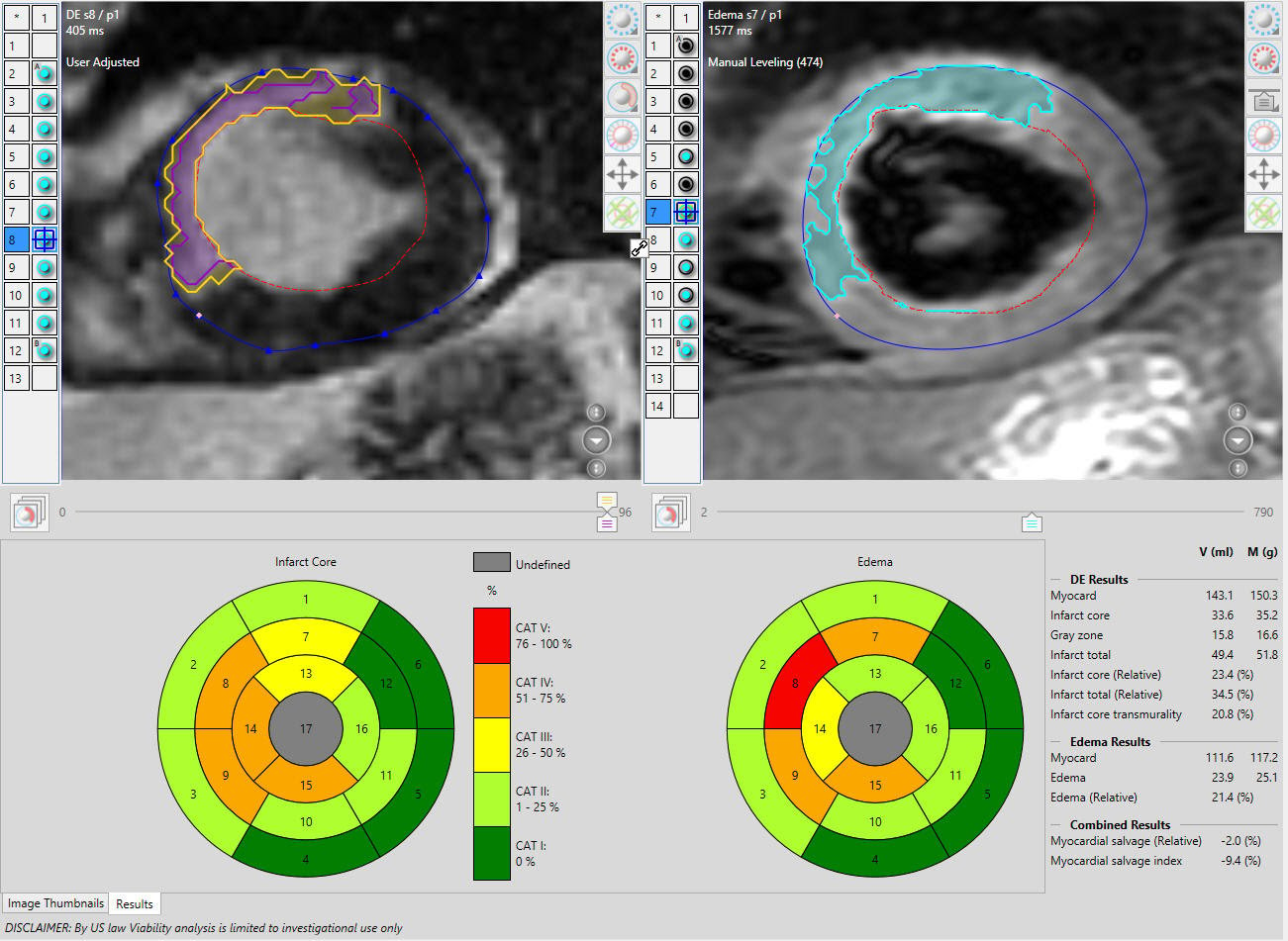 Magnetic resonance imaging (MRI) for cardiac assessment provides a radiation-free alternative to other commonly used modalities like computed tomography (CT) and single photon emission computed tomography (SPECT). Cardiac MRI (CMR) offers greater contrast and image clarity than CT, does not require use of a contrast agent and allows radiation-free perfusion imaging. The technology does, however, present challenges unseen with other modalities. It remains the most expensive of all imaging exams, largely thanks to the length and complications of the scan itself. Furthermore, the use of magnets has traditionally made MRI inaccessible for patients with implanted medical devices.

As a result, CT and SPECT have remained the gold standard for cardiac imaging assessment.

While these modalities will continue to serve important roles, MRI technological advancements are providing new opportunities for cardiac MRI to expand. “The average SPECT scanner in the United States is 20-25 years old, so many of them will have to be upgraded soon,” said Leslee Shaw, Ph.D., FACC, FASNC, FAHA, professor of medicine, division of cardiology at Emory University School of Medicine. Recent advancements in MRI technology may allow the modality to step up and increase its utility in the radiologist’s armamentarium.

One of the biggest hurdles to more extensive use of cardiac MRI is how long the exam takes and how complicated the procedures are. “The protocols used to be very labor-intensive for the physician,” said Shaw. Depending on the specific assessment, a cardiac MRI exam can take up to an hour or more.1

One of the complications with image acquisition is the need for patients to hold their breath during certain sequences. The breath hold is necessary to cease any motion that might obscure the image, but not all patients are able to do this for the required length of time or repeatedly.

Another feature of the Vantage Galan 3.0T XGO Edition is Phase Sensitive Inversion Recovery (PSIR). This provides improved contrast in late-enhanced imaging, which eliminates the need for an inversion time (TI) calibration scan and reduces the number of breath holds needed to complete the exam.

Siemens Healthineers addressed the length of cardiac MRI exams with the release of Compressed Sensing in 2016. Available on the Magnetom Aera 1.5T and Magnetom Skyra 3.0T, Compressed Sensing acquires high-resolution cardiac cine images of the entire cardiac cycle in 16 seconds, compared to the traditional four minutes. According to Siemens, patients would normally have to hold their breath 10 to 14 times in those four minutes, but they may breathe freely with Compressed Sensing. All data processing is done directly at the scanner. In addition to the shorter scan time, Siemens said the technology opens cardiac MRI to patients who previously could not benefit from it due to low diagnostic image quality.

Perhaps no technology has generated more buzz in radiology recently than artificial intelligence (AI). The technology is a potential game-changer in the space, essentially giving radiologists a second set of eyes for diagnosis and image analysis. “It has the potential to help us with complex problem solving,” said Louise Thompson, M.D., nuclear medicine specialist in the Smidt Heart Institute at Cedars-Sinai.

Shaw said that quantification is the main role for AI in medical imaging, and cardiac MR is no different. Examples she cited of how AI could be applied include:

• Evaluating the percentage of the heart that is ischemic, or that is scarred following myocardial infarction (MI);

• Looking at patterns of scarring within ischemia;

One 2017 study tested an AI algorithm that quantifies right ventricular function from cine CMR images as a way to predict right-sided heart failure and death related to pulmonary hypertension (PH). The algorithm assessed motion within the right ventricle on the images based on an atlas of prior images, allowing semi-automated segmentation of each data set. Computational analysis showed good correlation between the prior and current images. The researchers concluded that semi-automated analysis of cine cardiac MR images in patients with PH is feasible, accurate and reproducible. Furthermore, the team added that, “A machine-learning survival model that includes cardiac motion has incremental prognostic power when compared with conventional parameters.”2

In January 2017, Arterys received FDA approval for the Cardio DL application that provides automated, editable ventricle segmentations for CMR exams in seconds. It was preceded by the FDA-approved
4D Flow application that allows a fast acquisition, free-breathing scan that captures anatomy and flow in one chest exam. The application displays semi-automated flow with Eddy Current Correction (ECC), accounting for changing magnetic fields for improved output and reproducible results.

All Arterys applications are part of the Arterys MICA platform for medical image analytics, unveiled at the 2017 Radiological Society of North America (RSNA) annual meeting.

MRI angiography (MRA) has also been utilized as an alternative modality versus cardiac CT angiography (CTA or CCTA) exams because it eliminates radiation dose to the patient, the need for a contrast agent and offers better soft tissue detail. Despite these advantages, MRA has never achieved the same utility as traditional CTA. Clinically, this is largely because MRI is not as effective for investigating the presence of coronary artery disease (CAD) or disease in other small vessels. Shaw noted that in particular, MRI has trouble adjusting for motion in the coronaries, “but it has gotten better,” she said. Add the high cost and longer acquisition times, and it is clear why MR angiography has not been considered a first-line imaging tool.

While it may not be a suitable alternative to CCTA for coronary assessment, MRA can be employed as a complementary test in certain scenarios. “In cardiac CT, there’s going to be around 20 to 30 percent of patients where it’s not that clear cut — whether there’s disease or not and whether the disease is significant or not,” said Norbert Wilke, M.D., associate professor of radiology and medicine at the University of Florida-Jacksonville. For these patients, MR angiography may provide a more detailed assessment of the extent of disease.

One possible avenue for future expansion of MRA is as a tool to guide interventional cardiology and electrophysiology (EP) procedures. While this is traditionally done with X-ray fluoroscopy, that modality is inherently poor at visualizing cardiovascular soft tissue anatomy. As a result, a small handful of centers are using live MR angiography in place of traditional cath lab X-ray angiography imaging systems and EP electromapping systems to directly visualize catheters. For EP cardiac ablation procedures, MRA allows immediate visualization of tissue reaction to each ablation, including being able to see the depth of the lesions made.

“The promise is enormous, the promise of doing these procedures with no radiation, being able to see the lesions, being able to see the anatomy is unbelievably attractive,” said Hugh Calkins, M.D., FACC, FAHA, FHRS, director of cardiac arrhythmia services and professor of medicine at Johns Hopkins Hospital. Calkins is also a past president of the Heart Rhythm Society (HRS) and lead author of the HRS atrial fibrillation (AF) consensus document.

Patients with pacemakers, implantable cardioverter defibrillators (ICD) or cardiac resynchronization therapy devices (CRT) are often in need of MRI exams, but are frequently prevented from getting them due to their devices. All major cardiac implantable electronic device (CIED) vendors now offer MR-compatible or MR-safe versions of most of their products.

While MR-conditional devices have opened new possibilities for these patients, a new study suggests legacy pacing systems may still be safe. The study evaluated 1,509 patients with a pacemaker or ICD who underwent clinically necessary MRI scans. The results showed no reports of any long-term clinically significant adverse events. A total of nine devices did require a reset to a backup mode.3 Observed changes included:

• A reduction in P-wave amplitude immediately after MRI in abut 1 percent of patients;

• Long-term decrease in P-wave amplitude from baseline in 4 percent;

• Long-term increase in right ventricular capture threshold in 4 percent; and

None of the observed changes were deemed clinically significant.3