The applications for ultrasound in medicine have been quite varied. Back in the 1940s, physical therapists used its thermal energy to reduce inflammation, and physicists used high-intensity ultrasound as a surgical tool to treat brain disorders. However, at the same time, scientists and physicians were experimenting with the use of ultrasound as a diagnostic tool, primarily looking for tumors.1
Today, ultrasound has widespread diagnostic applications useful for assessing various parts of the body, as well as imaging fetuses for expectant mothers. Technology advancements, such as Doppler techniques and 3-D and 4-D imaging, have taken the use of ultrasound in many different directions.
For example, in the area of cardiac ultrasound, key research on new diagnostic uses indicates that it can help heart valve surgical candidates better predict their risk of dying following a valve replacement. It also can help obese women better determine their risk of heart disease (both findings according to research presented at the American Society of Echocardiography’s [ASE] annual scientific sessions meeting in June).
For cancer and other disease detection, elastography is a technique that uses ultrasound to provide an estimation of tissue stiffness by measuring the degree of distortion under the application of an external force. It has been applied to differentiate malignant from benign lesions and is being incorporated into ultrasound systems from many vendors, some of whom added this feature in the past few months. Among them:
• GE Healthcare added elastography to its Logic E9 ultrasound unit.
• Hitachi has a real-time tissue elastography mode on its Hi-Vision 900 system.
• Zonare’s z.one ultrasound system has an elastography mode for breast imaging; all Zonare linear array transducers are supported.
• Siemens’ new 2.0 release of its Acuson S2000 system features Virtual Touch Tissue Quantification.
• SuperSonic Imagine’s Aixplorer features ShearWave elastography that does not rely on compression, but is based on the simultaneous use of both ultrasound waves and shear waves to assess tissue stiffness.
• Philips expanded the capabilities of its iU22 platform with a Vision 2010 upgrade, adding its new elastography solution.
Size, Portability Options Expand Applications
Another recent trend is the downsizing of ultrasound systems, as the range has grown to include new, smaller models. Compact portable models, including some hand-held devices, expand the usage possibilities for ultrasound while also enhancing their affordability. These portable alternatives expand ultrasound’s reach in areas such as first-responder vehicles, paramedics and other prehospital care situations, as well as emergency rooms.
Among recent developments along these lines:
• Siemens’ Acuson X300PE for OB/GYN imaging is compact and portable, including color Doppler and 3-D/4-D imaging. The company also recently debuted an ultra-compact system, the Acuson X150, for OB imaging.
• Toshiba American Medical Systems Inc. says its new Aplio MX system is about 30 percent lighter than traditional cart-based systems. It features color Doppler and 4-D imaging.
• Toshiba also received 510(k) clearance for a new laptop ultrasound system, Viamo, which can be used to image patients at bedside for a variety of imaging applications.
• GE Healthcare’s Vscan is a pocket-sized system that provides imaging capabilities at the point-of-care.
• Another hand-held ultrasound device, from SonoSite Inc., is being introduced to the emergency medical services market by Physio-Control Inc. under the terms of a recent agreement.
Additional information about ultrasound systems is available at ITN’s online Technology Database. Visit www.itnonline.net/technology and search by category for “ultrasound systems.”

References:
1. www.ob-ultrasound.net/history.html; “A Short History of the Development of Ultrasound in Obstetrics and Gynecology,” information compiled by Dr. Joseph Woo. 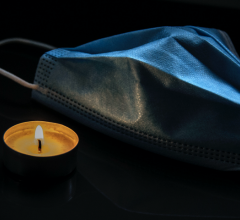