Technique may lead to earlier diagnosis, tracking of brain disorders in athletes 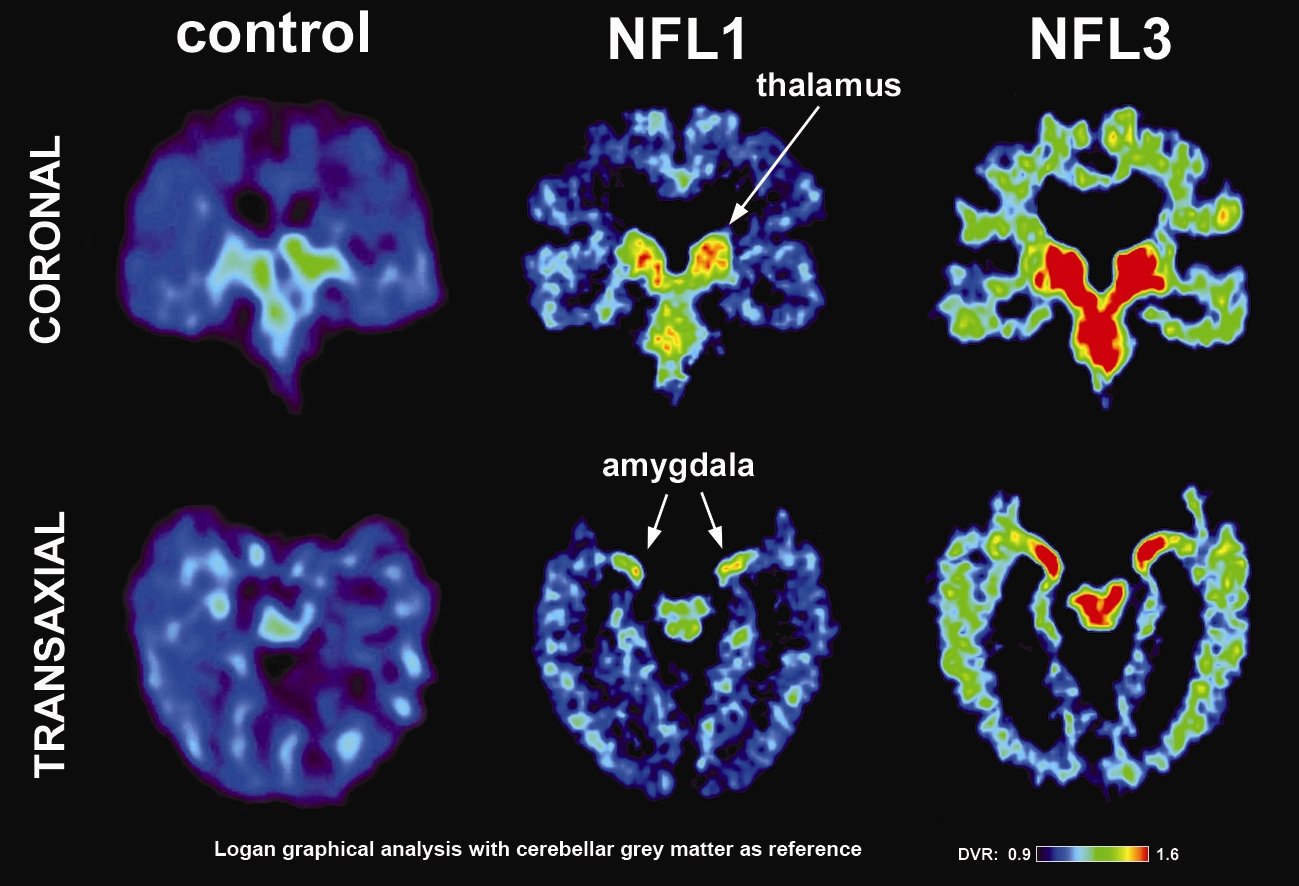 January 25, 2013 — Sports-related concussions and mild traumatic brain injuries have grabbed headlines in recent months, as the long-term damage they can cause becomes increasingly evident among both current and former athletes. The Centers for Disease Control and Prevention estimates that millions of these injuries occur each year.

Despite the devastating consequences of traumatic brain injury and the large number of athletes playing contact sports who are at risk, no method has been developed for early detection or tracking of the brain pathology associated with these injuries.

Now, for the first time, University of California, Los Angeles (UCLA) researchers have used a new brain-imaging tool to identify the abnormal tau proteins associated with this type of repetitive injury in five retired National Football League players who are still living. Previously, confirmation of the presence of this protein, which is also associated with Alzheimer's disease, could only be established by an autopsy. UCLA is using similar positron emission tomography (PET) radiotracers recently approved for Alzheimer’s imaging to visualize the tau proteins.

Previous reports and studies have shown that professional athletes in contact sports who are exposed to repetitive mild traumatic brain injuries may develop ongoing impairment such as chronic traumatic encephalopathy (CTE), a degenerative condition caused by a build up of tau protein. CTE has been associated with memory loss, confusion, progressive dementia, depression, suicidal behavior, personality changes, abnormal gait and tremors.

"Early detection of tau proteins may help us to understand what is happening sooner in the brains of these injured athletes," said lead study author Gary Small, UCLA's Parlow–Solomon Professor on Aging and a professor of psychiatry and biobehavioral sciences at the Semel Institute for Neuroscience and Human Behavior at UCLA. "Our findings may also guide us in developing strategies and interventions to protect those with early symptoms, rather than try to repair damage once it becomes extensive."

Small notes that larger follow-up studies are needed to determine the impact and usefulness of detecting these tau proteins early, but given the large number of people at risk for mild traumatic brain injury — not only athletes but military personnel, auto accident victims and others — a means of testing what is happening in the brain during the early stages could potentially have a considerable impact on public health.

For the study, the researchers recruited five retired NFL players who were 45 years of age or older. Each had a history of one or more concussions and some were experiencing cognitive or mood symptoms. The players represented a range of positions, including linebacker, quarterback, guard, center and defensive lineman.

"I hope that my participation in these kinds of studies will lead to a better understanding of the consequences of repeated head injury and new standards to protect players from sports concussions," said Wayne Clark, a player in the study who had normal cognitive function.

For the study, the UCLA scientists used a brain-imaging tool they had developed previously for assessing neurological changes associated with Alzheimer's disease. They employed a chemical marker they created called FDDNP, which binds to deposits of amyloid beta "plaques" and neurofibrillary tau "tangles" — the hallmarks of Alzheimer's — which they then viewed using a positron emission tomography (PET) scan, providing a "window into the brain." With this method, researchers are able to pinpoint where in the brain these abnormal proteins accumulate.

After the players received intravenous injections of FDDNP, researchers performed PET brain scans on them and compared the scans to those of healthy men of comparable age, education, body mass index and family history of dementia.

The scientists found that compared to the healthy men, the NFL players had elevated levels of FDDNP in the amygdala and subcortical regions of the brain. These regions control learning, memory, behavior, emotions and other mental and physical functions. Those players who had experienced a greater number of concussions were found to have higher FDDNP levels.

"The FDDNP binding patterns in the players' scans were consistent with the tau deposit patterns that have been observed at autopsy in CTE cases," said study author Jorge R. Barrio, a professor of molecular and medical pharmacology at the David Geffen School of Medicine at UCLA.

Each of the research volunteers also received a standard clinical assessment to gauge their degree of depression (Hamilton Rating Scale for Depression, or HAM-D) and cognitive ability (Mini-Mental State Examination, or MMSE). The players had more depressive symptoms than the healthy men and generally scored lower on the MMSE test, demonstrating evidence of cognitive loss. Three players had mild cognitive impairment, one had dementia and another had normal cognitive function.

Elevated levels of FDDNP have been shown in studies to be associated with cognitive symptoms in normal aging, mild cognitive impairment and dementia, according to Barrio. The FDDNP signals appear to reflect a range of mental symptoms that have been observed in CTE cases, he noted.

Although the FDDNP marker also binds to another abnormal brain protein called amyloid beta, previous autopsy studies have shown the amyloid plaques are observed in less than a third of CTE cases in retired football players, suggesting that the FDDNP signal in the players represents mostly tau deposits in the brain.

"Providing a non-invasive method for early detection is a critical first step in developing interventions to prevent symptom onset and progression in CTE," said Small, director of the UCLA Longevity Center. "FDDNP is the only imaging marker currently available that can provide a measure of tau in living humans."

According to Small, a recent study of more than 3,400 retired professional football players showed that they had a higher-than-average risk of dying from Alzheimer's disease. Small's team also is studying lifestyle interventions for delaying the onset of Alzheimer's symptoms. His new book "The Alzheimer's Prevention Program," released in paperback this month, features the latest research on this topic and offers the public practical strategies for protecting brain health.

Research into CTE and the long-term effects of mild traumatic brain injuries such as sports-related concussions has been picking up momentum.

"It is the holy grail of CTE research to be able to identify those who are suffering from the syndrome early, while they're still alive. Discovering the effects of prior brain trauma earlier opens up possibilities for symptom treatment and prevention," said study author Julian Bailes, director of the Brain Injury Research Institute and the Bennett Tarkington Chairman of the department of neurosurgery at NorthShore University HealthSystem based in Evanston, Ill.

The study was funded by the Brain Injury Research Institute; the Fran and Ray Stark Foundation Fund for Alzheimer's Disease Research; the Ahmanson Foundation and the Parlow-Solomon Professorship.

UCLA owns three U.S. patents on the FDDNP chemical marker. Small and Barrio are among the inventors. Disclosures are listed in the full study. 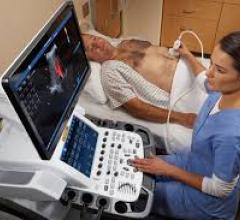 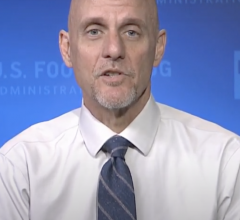