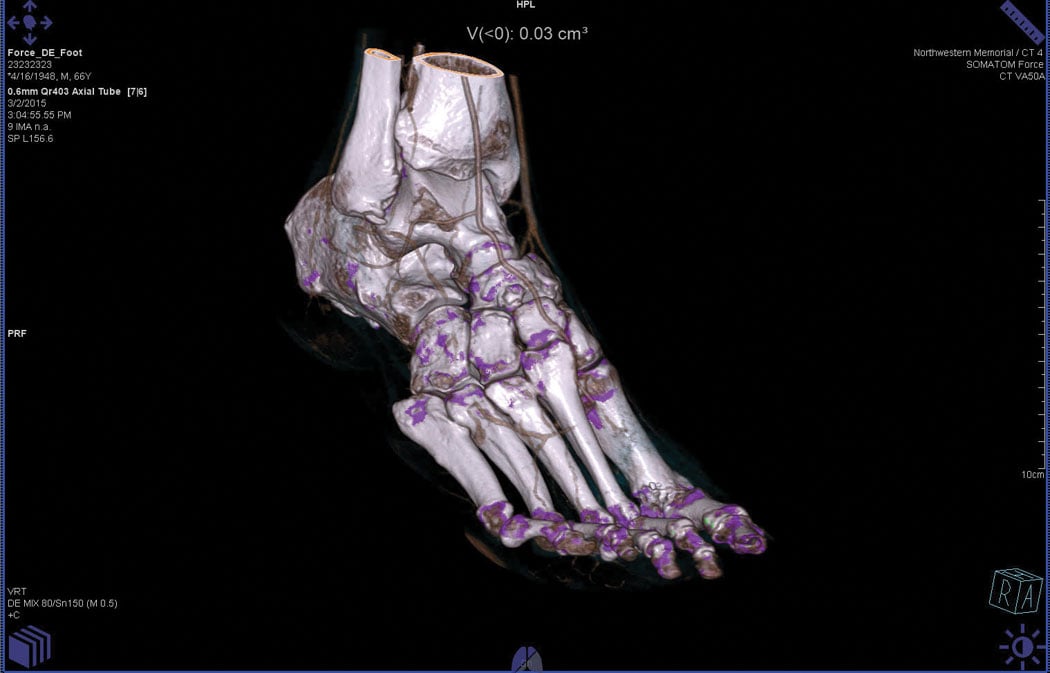 Gout in the foot detected with the Somatom Force CT system’s dual energy, which could have otherwise been missed. 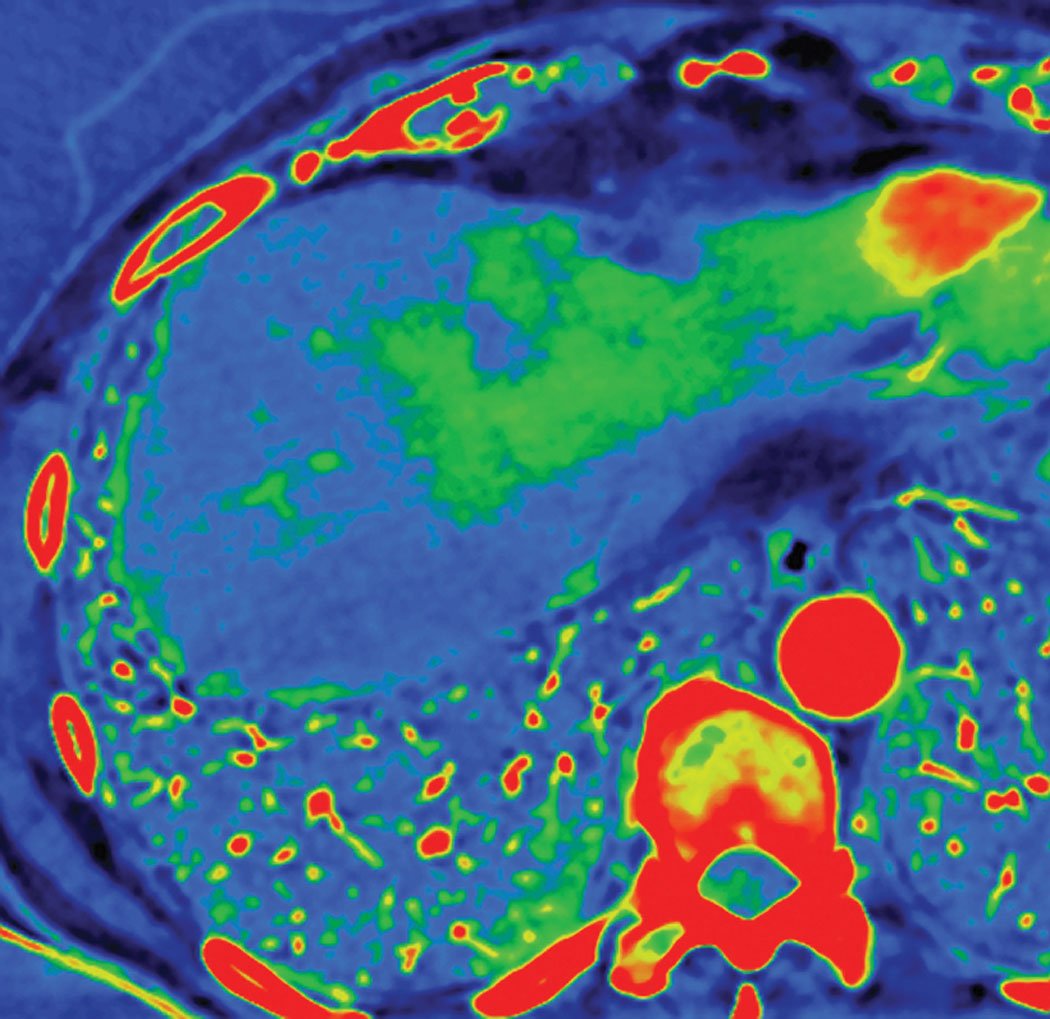 GE’s Gemstone Spectral Imaging technology (above) can help classify enhancing and un-enhancing lesions. The above image depicts a liver lesion with iodine in the arterial phase. 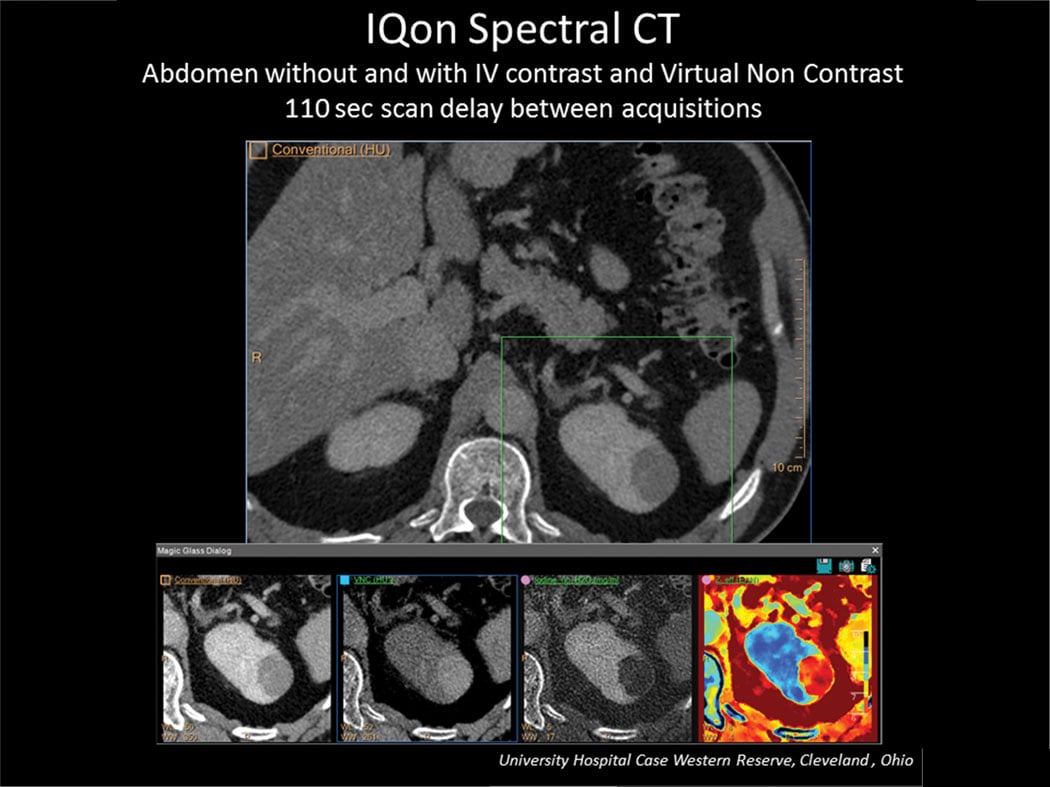 The abdominal scan to the left is demonstrating Spectral Magic Glass and the ability to create multiple spectral views to enhance a kidney mass. Spectral imaging enables iodine to be removed to create virtual non-contrast views.

Computed tomography (CT) has enjoyed a place of prominence in medical imaging since its creation in the 1970s. The modality provides a more complete picture of the body than X-rays, its predecessor, taking images at several different angles to build a cross section, including bone and tissue. The trouble is that it can be difficult to distinguish one object from another in the black-and-white palette, particularly when it comes to smaller lesions or metal artifacts within the body.

The solution has been provided through the advancement of spectral imaging, the next phase of CT’s evolution. By acquiring images at two different energy levels, the technique is able to differentiate the various elements in the body based on their material density or atomic numbers. The differences are displayed as varying shades of gray or even colors on the final image.

Philips. Philips introduced its IQon Spectral CT solution at the 2013 Radiological Society of North America (RSNA) annual meeting in Chicago, and the system received U.S. Food and Drug Administration (FDA) in November of the following year. What sets IQon apart is that it uses a single-source, multilayer detector that creates a conventional CT image. But the spectral, dual energy information is available in the background for use in post-processing. From a single scan, images can be viewed at different energy levels. Spectral information also can be viewed through an on-screen window Philips calls the Spectral Magic Glass that can be moved around the image; this ultimately helps streamline the workflow for the clinician.

IQon has proven particularly helpful in vascular applications, with the ability to quantify arterial plaque in contrast-enhanced vessels. In a traditional black-and-white CT image, it can be difficult if not impossible to differentiate between iodine and calcium in the artery; spectral imaging via IQon displays the materials as two distinct colors. “And you can fine-tune for iodine contrast on the spot,” said IQon Product Manager Adam Vanderwall. “In a case where you might be dealing with a suboptimal CTA [computed tomography angiography], this could essentially make something which is nondiagnostic diagnostic.” He also noted the system can maximize low contrast doses, getting a clear picture with as few as 20 cc.

The system also is drawing strong interest from oncology, with the ability to create an “iodine map” overlay, as described by Vanderwall — essentially the viewer can see color-coded pixel-by-pixel density, allowing greater delineation of a tumor.

GE Healthcare. GE’s spectral solution, Gemstone Spectral Imaging (GSI), can be found on several of its CT systems, including the Revolution HD, Revolution GSI and Discovery CT750 HD. Like IQon, GSI functions through a single-source detector, but utilizes kV switching to capture images at 80 and 140 kVp, cycling back and forth in as little as 0.25 milliseconds. In post-processing, GSI generates 101 monochromatic datasets that users can scroll through to view different energy levels.

“By doing it this way and having it done in projection space, we can acquire quantitative information, which can be used for tissue characterization or material decomposition or even advanced functional imaging,” said Sonia Sahney, global premium CT marketing manager for GE.

This enhanced visualization also addresses another major stumbling block for traditional CT imaging: the negative impact of metal artifacts on image quality. “This is a big application,” said Sahney, “and it is easy to see the benefit right away.” Spectral functions are accessed through a series of GSI presets loaded into each system, with more than
50 total presets available.

One of the most popular applications for GSI, and for spectral CT in general, is in abdominal scans, a fact confirmed by all three major vendors. Some of the earliest investigative uses for GSI focused on lesion characterization in abdominal scans, “an area where we commonly hear a lesion is too small to characterize,” stated Sahney. In a 2011 project, GE worked with an international coalition that included the Mayo Clinic and Massachusetts General Hospital in the United States. In the final published results, the scientific team found the dual-energy GSI was especially effective at identifying suspicious cysts in the kidneys, liver and pancreas.

Siemens. Siemens offers both single- and dual-source spectral scanners covering its full range of Somatom CT systems. The Definition Flash and Force are dual-detector options, and there are two types of single-source scanners.

The Definition AS and Perspective utilize Siemens’ Dual Spiral technology, which acquires the images at each energy level in succession; and the Definition Edge and Definition AS Plus, which utilize twin-beam technology. The single detector features gold and tin filters inside, which create the varying energy level images from a single acquisition. “By filtering with both, it allows for the energy separation to basically simulate acquiring dual-energy datasets,” said Mike Cwalinski, advanced visualization and CT product manager for Siemens.

The Flash, Edge and Definition AS also feature Fast DE Results technology, which automatically sends the dual energy reconstruction datasets to the picture archiving and communication system (PACS) for reading. A second technology, syngo.via Rapid Results (pending U.S. Food and Drug Administration 510(k) clearance at press time) will add an extra step, sending datasets to Siemens’ syngo.via viewer first for processing before sending them on to the PACS.

Looking to the Future and the Role of Spectral CT

While spectral CT already has several clinical applications, a number of other potential uses are being explored. Some of the most interesting include:

Mammography. Some of the latest research into spectral imaging applications is focusing on its potential in mammography. One of the most prominent studies got underway in March at the University of California Irvine, led by Sabee Molloi, Ph.D., professor of radiological sciences. In collaboration with Philips, Molloi and his team are investigating how spectral imaging may better help assess fibroglandular breast density, which can mask potential cancers on a mammogram and increases a woman’s odds of developing breast cancer. “Radiologists currently rate breast density on a 1-5 scale, but this is only a visual assessment,” said Molloi.

He and his team are using Philips’ MicroDose SI mammography system, which has a special feature called Spectral Breast Density Measurement. The technology employs photon counting detectors, which counts every single X-ray sent through the breast and assigns it a color in the final image. MicroDose SI is a single-source scanner, so both images are acquired simultaneously, eliminating motion blurs. The simultaneous scanning also lowers the radiation dose, in this case as much as half, according to Molloi.

A secondary effort is underway in the research community looking into spectral applications for contrast-enhanced mammography, though Molloi says those efforts are not as far along. Contrast-enhanced mammography utilizes an imaging agent (typically iodine) to track blood flow, and an irregular high-flow pattern to a spot likely indicates there is a lesion present in that position. Adding dual-energy scanning increases the signal-to-noise contrast ratio even further, making lesions even easier to see with the naked eye.

Emergency department. While mammography and oncology are the more prominent rising spectral applications, the technology is also seeing increased use in the emergency department. The nature of the cases seen here — including trauma victims and severe ailments — means that a quick diagnosis is required so that treatment can begin immediately.

Kidney stones are one example of a common ailment that may require immediate medical attention. A traditional CT scan taken upon arrival can find the location of the stone and determine its size, but the attending physician would need to know what the stone is made of before they can begin treatment — something the original CT scan would not be able to reveal.

“If I could tell this patient during that first visit that the kidney stone is uric acid-based and they don’t have to have surgery and we can just medically manage it with a tweak to their diet, they will go home definitely feeling better about me as their healthcare provider,” said Jakub Mochon, senior director, marketing and operations in CT at Siemens.

Dual energy scans can also prove useful in diagnosing gout in an acute care setting. Pain in the afflicted joint could be a symptom of any number of conditions, but if gout is suspected, spectral CT can be used to reveal deposits of monosodium urate crystals (MSU) around the joint. “In an environment where you may not have a full history on the patient ... the ED physician is faced with so many choices,” Mochon explained. “Dual energy can quickly direct them to the answer.”

For all of the possibilities and enhancements that spectral imaging offers, many say it is still working its way into imaging departments. Philips’ Vanderwall estimates usage between 10-30 percent.

The main reason that spectral CT is still a budding technology, according to Sahney, is largely a matter of perception. “I think some people still have this idea that spectral imaging is an advanced application that’s only available for research centers,” she said.

Vendors suspect there may also be concerns about increased radiation dose to the patient due to scanning at multiple energy levels, but the opposite is actually the truth. While two different energy levels are being used, there is still only one acquisition, with more information being collected in each scan. In the case of mammography, for example, Molloi said that delivered dose can be reduced as much as half.

With these and other advanced applications being explored, those in the field still foresee many new places for spectral imaging to go. “It’s almost like we’ve created a new modality,” concluded Vanderwall. “It’s like CT on steroids.” 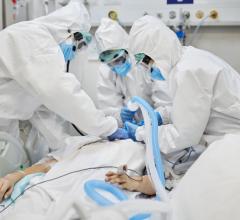 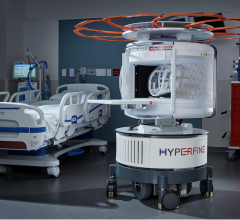 As the world’s first FDA-cleared bedside MRI system, Hyperfine’s portable Swoop system is designed to allow physicians to rapidly understand the current state of injury to make life-saving decisions. Within minutes, the technology can acquire critical images via a wireless tablet, powered by a standard wall outlet at the patient’s bedside. (Photo: Business Wire) 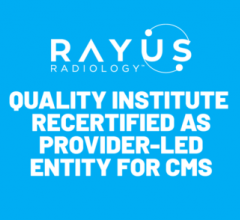 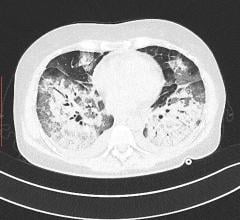 Transverse view of as lung CT showing heavy areas of COVID pneumonia in the lungs. The heart is in the center on the image. Getty Images