As the fight against cancer becomes a more multidisciplinary effort, providers are looking for more out of their oncology information systems 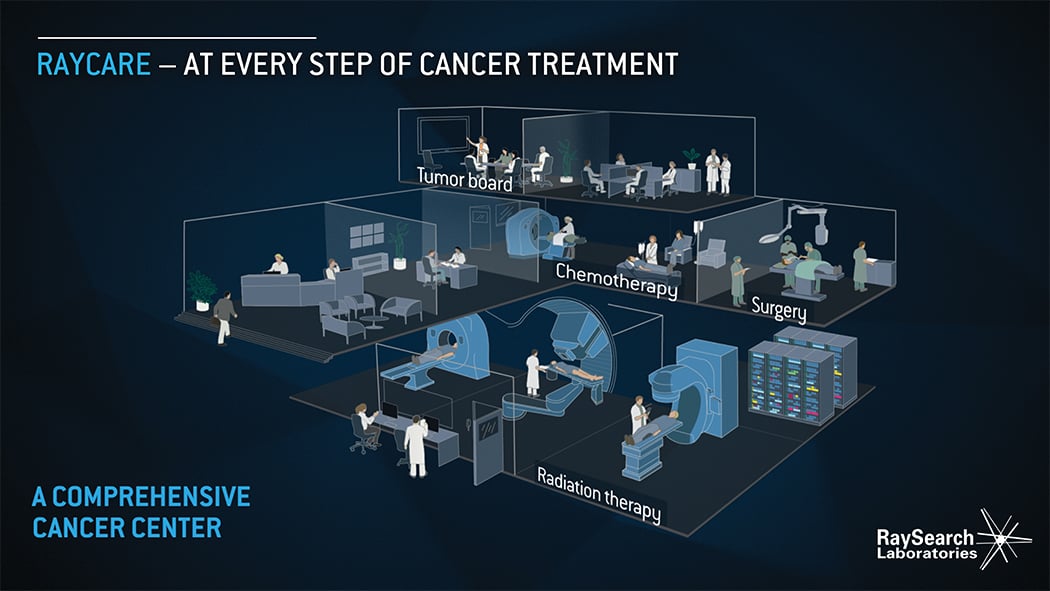 The forthcoming RayCare OIS from RaySearch will be web-based to more easily connect all members of the patient care team throughout a comprehensive cancer center.

Cancer is perhaps the most highly personal, complex disease in our world today. While the various types of cancer are well-established, no two cases are ever the same. Because of this, a multidisciplinary approach is often required, with a healthcare team assembled from across the hospital. Oncology information systems (OIS), also called oncology information management systems (OIMS), are designed to help coordinate care among providers. New research reveals, however, that providers are largely unsatisfied with vendor offerings in the medical oncology space — particularly in terms of integration with other healthcare information technology (IT) systems.

Oncology has changed quite a bit in the last five years, according to Monique Rasband, senior director of research at KLAS Research and author of the company’s “Medical Oncology 2017” report published in June. “You had a lot more independent cancer centers. Now fast-forward five years, there have been a lot of acquisitions ... so [provider organizations] want to integrate with some of their key systems.”

While medical oncology as a whole has proven disappointing, vendors in the related but separate radiation oncology space appear to be moving in a new direction, offering potential models for truly integrated, patient-centered oncology care.

The 2017 KLAS report “Medical Oncology” surveyed thousands of medical OIS users on their view of current vendor offerings. Vendors covered in the report that produce a medical OIS, radiation OIS or both include:

Overall, the report found that, “Amid several changes to the medical oncology vendor landscape, many providers continue to struggle with poor overall integration, workflows and usability.” Specific metrics such as integration with other electronic medical record (EMR) systems and radiation oncology solutions, customizability with minimal vendor involvement and effectiveness in reducing the number of clicks to complete a task appear to reveal fundamental functional flaws in the way these systems are designed.

The reasons for these difficulties are many, and while some fall to vendors, others are simply a case of progress moving faster than practice. “From an architectural standpoint, people are in different software versions, different customizations,” Rasband stated, making it extremely difficult in some cases for IT systems to communicate.

In the radiation OIS space, vendors such as Elekta and Varian have fared slightly better on this score because they offer both medical and radiation oncology solutions, i.e., their own systems are communicating with each other. Mosaiq and Aria can still have issues, however, connecting to systems outside oncology — such as the EMR, hospital information system (HIS) and radiology information system (RIS) — as detailed in the KLAS report.

With integration, workflow and usability as the guides for success, Elekta and Varian have both made strides in recent years to improve the overall experience for their customers. Aria and Mosaiq are both billed as comprehensive systems to oversee all aspects of oncology — radiation, medical and surgical — and bring all the data into one interface.

Varian. In 2015, Varian introduced the InSightive Analytics application to help users assess clinical, operational and financial outcomes. “Clinicians don’t always feel they get a lot out of analytics,” said Jeremy Cohen, senior product manager for Aria at Varian. He said the company worked to build an intuitive system based on interactive dashboards that let users explore data from Aria in real time.

With all of these systems and networks interacting and an increase in cyberattacks on the healthcare industry, Cohen said Varian also focused on security in its latest release of Aria. New features include encrypted communications to protect patient data and secure logins with existing clinical environment credentials.

Elekta. The most recent release of Mosaiq, version 15, sports several features meant to improve collaborative workflow between cancer care team members. IQscripts allows users to generate customized workflows, with each step auto-triggered upon completion of the preceding step. To streamline workflow, the image review feature reduces image load times when viewing cone beam computed tomography (CBCT) for treatment planning. And while treatment plans can be sent to all users as a PDF, a new evaluate feature lets all care team members see the full interactive plan.

Web-based OIS: The Future of Oncology

While these traditional oncology information systems provide a higher level of care through provider coordination, their reliance on existing IT infrastructure within a hospital or network can limit their functionality. Some radiation oncology vendors — including a new entrant into the OIS space — have begun exploring web-based platforms as a better way to facilitate communication. “This is the way the market seems to be going,” said Rasband.

Varian was the first to market with a web-based oncology care coordination platform when it launched 360 Oncology at the 2016 annual meeting of the American Society for Radiation Oncology (ASTRO) last September. Designed as a supplement to Aria, 360 Oncology is built around the concept of the tumor board — a multidisciplinary provider group that discusses treatment planning for a single patient. The vendor-agnostic, application programming interface (API)-friendly platform organizes workload by patient in the Multidisciplinary Tumor Board Module, and clicking on a patient reveals all of the data and workflows associated with that patient.

To further break down barriers between systems, Cohen said 360 Oncology is built on the SMART on FHIR framework, where rather than opening third-party applications like image viewers, the application is hosted inside 360. “It’s designed to be API [application programming interface]-friendly and vendor-agnostic,” Cohen stated. Users can also send links to providers and other partners not using 360, and the platform also includes a patient portal that meets the requirements for a certified ambulatory EHR under the Office of the National Coordinator Authorized Testing and Certification Bodies (ONC-ACBs). This means that Medicare providers are eligible for incentive payments under the Merit-based Incentive Payment System (MIPS) or Advanced Alternative Payment Models (AAPM) product through use of the platform.

RaySearch Laboratories will take a similar web-based, patient-centered approach with its RayCare OIS, scheduled to debut in December of this year. Best known for the RayStation and RayPlan radiotherapy treatment planning systems, RaySearch has been working on building its own OIS for approximately five years. “We saw the evolution of the radiation therapy industry toward adaptive therapy presented an opportunity,” said Derek Olender, U.S. product manager for RayCare.

As with 360 Oncology, the workflow in RayCare starts at the tumor board. When a clinician logs into the OIS, they will be presented with a list of all their current oncology patients; selecting a patient will bring up the specific tasks for that clinician with that patient.

Treatment protocols and timelines are determined by RayCare once a diagnosis is established. The machine employs artificial intelligence to make its decisions based on prior captured patient data, building the timeline all the way through follow-up. User selections are made with drag-and-drop functionality, and RayCare opens directly into RayStation and Plan Explorer as needed. The system will also help radiation oncologists decide which treatment system is best suited for the patient based on clinical indication, wait time and other factors.

The brand-new RayPACS will be included with RayCare purchase, as well as a patient portal. The web-based architecture means that the OIS will be fully accessible from any device.

“Our core competencies are in efficiency and speed, and we saw an opportunity to bring those here,” Olender said. RaySearch has been developing the OIS in collaboration with numerous clinical partners. Each partner has specific tasks they are working on while also all working toward full optimization of the system.

“RayCare will be a true OIS,” concluded RaySearch President and CEO Johan Löf. He said the company is focused not just on radiation oncology, but designed to unite an entire comprehensive cancer center.

ITN offers a comparison chart of radiation oncology-focused OIMS, which can be viewed by registered users. Registration is free. 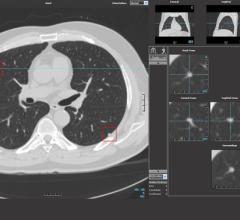