This article originally ran as an introduction to the Treatment Planning Systems comparison chart in the July/August 2017 issue. The chart can be viewed here. 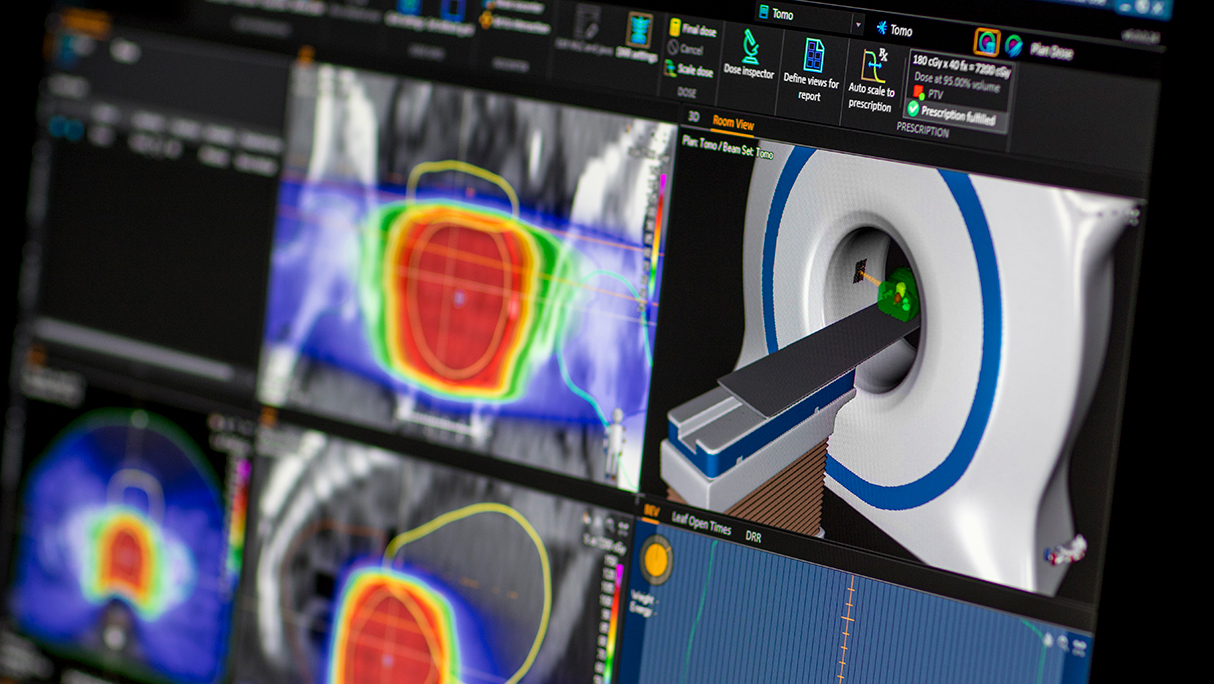 While radiation oncologists have a number of proven techniques at their disposal for treating patients, the reality is that no two patients are alike — perhaps even more so than in other medical specialties. As such, a great deal of planning is required to engineer an ideal, personalized treatment approach, especially as more advanced therapies continue to mature. In the last 12 months, several vendors have released updates to their treatment planning software (TPS) to help generate the most precise treatment plans possible while streamlining workflow. While many of these take the form of software to integrate with existing systems, a few dedicated radiotherapy imaging systems hit the market as well.

The most recent new release in the TPS market was the debut of RayStation 6 at the 2016 annual meeting of the American Society for Radiation Oncology (ASTRO). RaySearch Laboratories added significant muscle to its flagship product, with the latest edition adding TomoTherapy and magnetic resonance imaging (MRI) planning capabilities. According to RaySearch, RayStation is now the only treatment planning system to combine TomoTherapy and conventional linear accelerator (linac)-based planning in one place, giving users a single point of control for all planning needs.

RayStation 6 also adds several features for proton therapy planning, highlighted by a new Monte Carlo dose calculation algorithm for pencil beam scanning (PBS). PBS employs a pencil point-thin beam to paint the tumor target in 3-D, allowing pinpoint precision on even the most complex tumors. This level of accuracy requires precise calculations to ensure the beam knows where to stop when it hits its target. According to RaySearch, the Monte Carlo algorithm allows greater accuracy than analysis-based algorithms and offers the most balanced tradeoff between accurate physics modeling and speed.

Philips Healthcare introduced several new or upgraded radiotherapy planning products at ASTRO 2016, headlined by version 4.2 of its CT (computed tomography) Big Bore system, now with Tumor LOC powered by the Pinnacle3 treatment planning software, and the iPatient Platform. Tumor LOC features a new, more intuitive user interface that puts simulation and contouring tools directly on the CT console, integrating scanning and planning to accelerate the process. The iPatient Platform helps standardize workflow from one scan to the next while improving image quality for routine and advanced 4-D imaging.

Philips also debuted the Ingenia MR-RT, which the company calls the first MR-only system for prostate cancer treatment planning. MRI has proven to be one of the most effective modalities for treatment planning due to the highly variable nature of prostate cancer. The Ingenia MR-RT allows clinicians to scan the patient and simulate in the radiotherapy treatment position, ideal for visualizing both the target and other critical structures.

Siemens also introduced a new dedicated radiotherapy imaging system, the Somatom Confidence RT Pro, which received U.S. Food and Drug Administration (FDA) clearance last December. The new system is designed to help standardize the processes of treatment planning, with all plans generated from 120 kV CT images. The images are not optimized for precise contouring, but do allow a highly controlled workflow. Siemens supplemented this technology with DirectDensity, which interprets the CT values as showing relative electron density at any kV setting, enabling seamless use of all images for treatment planning.

The Somatom Confidence RT Pro also sports standard Siemens features such as iMAR metal artifact reduction and CARE kV to automate kV settings based on the selected task. The system does boast a new detector to enhance image quality and dual-energy performance.

Collaboration was one of the main benefits touted by Elekta when it showcased version 5.11 of its Monaco treatment planning software at the 2016 American Association of Physicists in Medicine (AAPM) annual meeting last July. The newest version of Monaco has several new features designed to streamline workflow across and within departments, including easy importing and exporting of treatment plans, along with the ability to create multiple prescription plans simultaneously, reducing the overall planning time and facilitating better sharing of best practices.

According to the company, version 5.11 also features calculation speeds up to four times faster than previous editions.

A study out of the University of Michigan presented at the meeting suggested that RapidPlan can improve quality control in radiotherapy and radiosurgery treatment plans, improving both tumor targeting and sparing of healthy tissue. The researchers developed a model for prostate cancer treatment based on 60 prostate intensity-modulated radiation therapy (IMRT) plans, and then applied the model with 10 patients from four different community-based clinics. Final results indicated that the model could help identify areas of improvement for treatment plans as it relates to normal tissue sparing or improved target coverage.