MRIs in Pregnancy Safe, But Gadolinium Scans May Raise Risk to Fetus 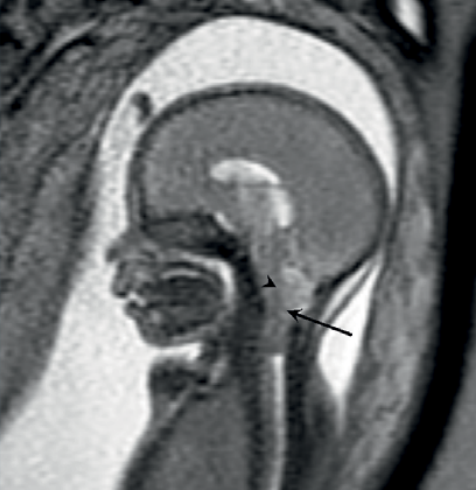 This study found MRI is safe by itself, but the use of gadolinium contrast may be a factor involved with an array of issues that impact the fetus and young children after birth.

September 7, 2016 — In an analysis that included more than 1.4 million births, exposure to magnetic resonance imaging (MRI) during the first trimester of pregnancy compared with nonexposure was not associated with increased risk of harm to the fetus or in early childhood. However, data suggests gadolinium contrast enhanced MRI scans at any time during pregnancy may be associated with an increased risk of a broad set of rheumatological, inflammatory or skin conditions and, possibly, for stillbirth or neonatal death, according to a study appearing in the Sept. 6, 2016, issue of Journal of the American Medical Association (JAMA).[1]

Watch the VIDEO "MRI Gadolinium Contrast Retention in the Brain."

To inform clinical guidelines for MRIs on pregnant women, Joel G. Ray, M.D., M.Sc., FRCPC, of St. Michael's Hospital and the Institute for Clinical Evaluative Sciences, Toronto, and colleagues used health data housed at the Institute for Clinical Evaluative Sciences to examine records of more than 1.4 million births in Ontario from 2003-2015. They compared women who had first-trimester MRIs with those who had not, and also followed their children up to age 4.

In pregnancies that lasted a minimum of 21 gestational weeks, 1 in 250 had an MRI in pregnancy, including 1 in 1,200 in the first trimester and 1 in 3,000 with gadolinium contrast. Maternal MRI in the first trimester was not associated with a higher risk of stillbirth or neonatal death, congenital anomalies, neoplasm or hearing loss.

"Having an MRI at the earliest stages of pregnancy does not seem to alter the development of the fetus," Ray said.

However, exposure to gadolinium-enhanced MRI at any gestation was not associated with a greater risk of congenital anomalies. Although a nephrogenic systemic fibrosis-like outcome was extremely rare, gadolinium-enhanced MRI was associated with an increased risk for a non-specific outcome of any rheumatological, inflammatory or infiltrative skin condition up to age 4 years, and for stillbirth or neonatal death, although there were just seven events in the gadolinium MRI group.

"The current findings inform published recommendations about the safety of MRI in the first trimester of pregnancy," the authors wrote. "Until further studies are done, these findings suggest that gadolinium contrast should be avoided during pregnancy."

Read the article “Gadolinium May Remain in Brain after Contrast MRI.”

Even though the actual number of stillbirths was low (one in 50), and the outcome of a skin or rheumatological condition was very broadly defined, Ray said the results support clinical guidelines to avoid giving pregnant women gadolinium unless strongly indicated.

The current study did not include specific information as to why the women received an MRI, or whether they knew they were pregnant at the time. But the study did track the specialty of the physician ordering the MRI: 44 percent were family physicians, suggesting the MRI may have been booked prior to a woman having conceived. The other common specialty was a neurologist or neurosurgeon, suggesting that some women were investigated for headaches or spinal disc issues. 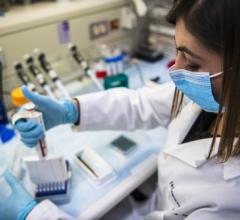