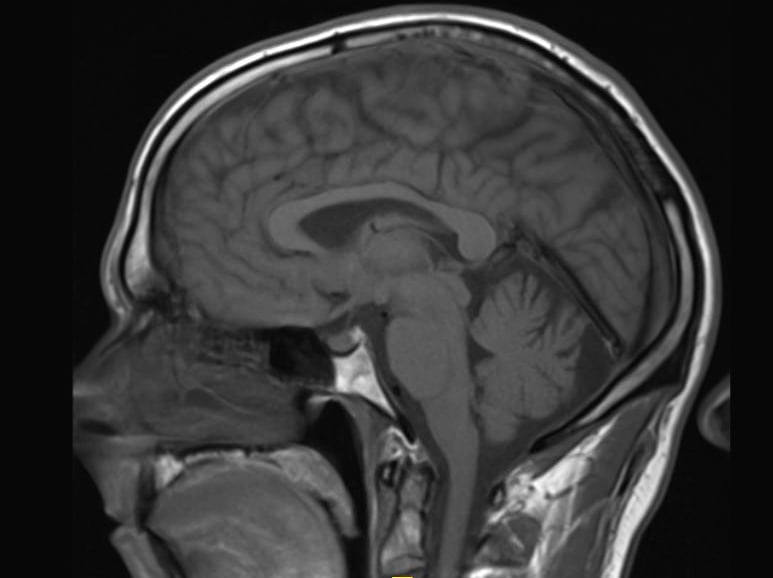 May 5, 2015 — New research, published in the journal Radiology, suggests some types of a popular contrast agent used in magnetic resonance imaging (MRI) exams may remain in the brain for years, but that the long-term effects are unknown.

“We now have clear evidence that the administration of various gadolinium-based contrast agents results in notably varied levels of accumulation of residual gadolinium in the brain,” said Emanuel Kanal, M.D., director of magnetic resonance services and professor of radiology and neuroradiology at the University of Pittsburgh Medical Center. “What we still don’t know is the clinical significance, if any, of this observation.”

Watch the VIDEO "MRI Gadolinium Contrast Retention in the Brain," an interview with Emanuel Kanal, M.D. at RSNA 2016.

Gadolinium-based contrast agents have been used for diagnosis and treatment guidance in more than 100 million patients worldwide over the past 25 years. These agents enhance the quality of MR images by altering the magnetic properties of nearby water molecules in the body. By improving the visibility of specific organs, blood vessels or tissues, contrast agents help physicians diagnose and treat a wide variety of medical conditions.

On its own, gadolinium can be toxic. Therefore, when used in contrast agents, gadolinium is bonded with a molecule called a chelating agent, which controls the distribution of gadolinium within the body.

“Integral to the safety of gadolinium contrast agents is the persistence of the gadolinium-chelate bond for as long as the agent remains within the patient,” said Kanal, who, along with Michael F. Tweedle, Ph.D., Stefanie Spielman Professor of Cancer Imaging at The Ohio State University, co-authored an editorial on the topic published in the June issue of the journal Radiology.

Gadolinium contrast agents are generally considered safe. Until 2006, it was believed that most, if not all, gadolinium left the body shortly after the exam. However, in the last 10 years, studies have reported that prolonged, elevated levels of gadolinium in the body may cause a condition called nephrogenic systemic fibrosis in patients with severe kidney disease.

Now, three studies published online in Radiology raise new questions about residual gadolinium concentrations in the brains of patients with no history of kidney disease.

Researchers from Teikyo University School of Medicine in Tokyo, Japan, found that even in patients without severe renal dysfunction, gadolinium-based contrast agent administration causes gadolinium accumulation in the brain. Brain tissues from five autopsied patients who had undergone multiple gadolinium-based contrast MRI exams and five patients with no gadolinium history were examined. None of the patients had been diagnosed with severely compromised renal function or acute renal failure. Gadolinium in significant amounts was detected in all specimens from the contrast group.

These findings lend support to the results of a Mayo Clinic study published in March, which showed residual gadolinium deposits in the postmortem brains of 13 patients who had undergone at least four gadolinium-based contrast MRI exams.

Neither of these studies was able to identify whether the residual gadolinium was in free or chelated form.

A third study, from the University of Heidelberg Medical Center in Heidelberg, Germany, suggests that the molecular structure of the contrast agent may play a role in gadolinium retention. There are two structurally distinct categories of gadolinium-based contrast agents: linear and macrocyclic. In the macrocyclic structure, the gadolinium is bound more tightly to the chelating agent and, therefore, less likely to release free gadolinium into the body.

For the Heidelberg study, the researchers retrospectively looked at two groups of 50 patients who had undergone at least six MRI exams with the exclusive use of a linear or macrocyclic gadolinium-based contrast agent. They found an increase in MRI signal intensity in specific brain regions in the linear group, but not in the macrocyclic group, suggesting gadolinium retention only in the group that had received the linear type of contrast agent. Both the Japanese study and the Mayo Clinic study focused solely on linear gadolinium agents.

Based on these findings, Kanal emphasizes that physicians should only order contrast MRI when truly indicated, and take into consideration the unknown risks of residual gadolinium when determining the type and amount of contrast agent to administer.

“Gadolinium-based contrast agents are extremely valuable to patients worldwide and have been so for decades,” he said. “We cannot unnecessarily deprive our patients of crucial, even life-saving medical data from gadolinium contrast-enhanced MRI. Nor can we ignore these new findings and continue prescribing them as we have until now, without change.”

Read the article “MRIs During Pregnancy Are Safe, But Gadolinium Scans May Increase Risk to Fetus.”