This feature is an introduction to ITN's comparison chart on Mobile C-arm technology. You can view the chart here. A mobile C-arm is a medical imaging device that is based on X-ray technology and can be used flexibly in various ORs within a clinic. The name is derived from the C-shaped arm used to connect the X-ray source and X-ray detector to one another. Since the introduction of the first C-arm in 1955, the technology has advanced rapidly. Today, mobile imaging systems are an essential part of everyday hospital life; specialists in fields such as surgery, orthopedics, traumatology, vascular surgery and cardiology use C-arms for intraoperative imaging. The devices provide high-resolution X-ray images in real time, allowing the physician to monitor progress at any point during the procedure and immediately make any adjustments that may be required. Consequently, the treatment results are better and patients recover more quickly. Hospitals benefit from cost savings through fewer follow-up operations and from minimized installation efforts.

Benefits of a C-arm

While some argue that the alternative to C-arms, a fixed imaging system, is more effective, the mobile C-arm is cost-effective compared to fixed room machines. There also are less requirements needed to operate a C-arm versus a fixed room. For example, no lead walls are needed in the facility with an operating C-arm. With all the advances with today’s C-arm’s, it is basically a fix lab on wheels. Reducing radiation exposure with flat panel technology allows physicians to perform multiple procedures throughout the year.

At Midwest Institute for Minimally Invasive Therapies (MIMIT Health), an independent, multi-specialty physician group in Illinois, physicians are committed to offering minimally invasive, image–guided techniques to diagnose and treat a number of vascular and nonvascular conditions. They provide solutions in treating peripheral artery disease, fibroids, dialysis treatments, cancer treatments, spinal care and prostatic artery embolization. The C-arm plays an integral role to provide physicians the best image quality to provide the best treatment options accordingly to their disease state. There is no guessing game from their physicians, whereas they combine their expertise and today’s technologies to provide the highest quality of care.

Before C-arm technology, regular film X-rays were utilized to provide imaging for physicians. This was not live imaging and required time to develop the film in the dark room. The C-arm imaging provides live X-ray imaging during procedures to aid the physician during surgeries. There are no specific surgeries that only require C-arm imaging at this time.

High-quality angiographic X-ray imaging systems are a key component when planning a hybrid operating room. For this reason, large fixed angiography systems are generally considered when creating these rooms, because the image quality has traditionally been much better than mobile C-arms. However, advances in detector technology and new imaging software have greatly improved mobile C-arm capabilities over the last few years.

Fixed systems also use liquid cooling systems to prevent overheating during prolonged imaging. Several C-arms now have a liquid cooling system to allow continued use during long procedures. The company hopes the system will compete as a less expensive alternative to fixed systems in hybrid operating rooms. This allows physicians to treat patients without the fear of the C-arm overheating and delaying procedure time.

The new system uses flat panel technology to deliver distortion-free images. The detector is not affected by magnetic fields, so it also produces distortion-free, detail-rich images when close to magnetic resonance (MR) scanners. The square display format creates a significantly larger visible area with up to 60 percent more information per X-ray than conventional image intensifiers.

Another feature usually only found on fixed systems is a contrast media injector interface to synchronize injection of contrast with the imaging process. Several imaging companies offer this same interface.

Manufacturers say the flat panel detectors offer better image quality and a smaller system that takes up less room in the OR. They also offer a larger field of view (FOV) that is unaffected by geometrical distortions, and the detector is not affected by magnetic distortions, so the system can be freely positioned. Thus, allowing optimal imaging to provide great anatomical detail.

Technology benefits healthcare tremendously, and the types and models of C-arms are ever-changing. Overall, C-arms are have improved drastically over the years, and finding the right one to purchase might be overwhelming. With such a variety of mobile C-arms in the industry, it might be difficult to choose which one would help a practice grow in not only efficiency, but make sure to not burn a hole in your pocket.

Paramjit “Romi” Chopra, M.D., is an interventional radiologist with over 30 years of experience in the field of interventional radiology and endovascular therapy. The standards for his daily work were set after completing his medical studies and training in Mumbai, India, followed by his fellowship and residency at Brigham and Women’s Hospital and Harvard Medical School in the U.S. He opened the Midwest Institute for Minimally Invasive Therapies (MIMIT Health) in 2004. As an interventional radiology and endovascular therapy practice, MIMIT specializes in minimally invasive treatments for arterial disease such as peripheral artery disease (PAD), uterine fibroid disease (UFE), venous disease and musculoskeletal disease (spine interventions). 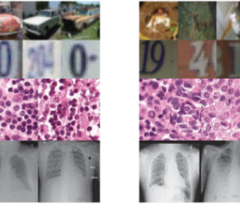 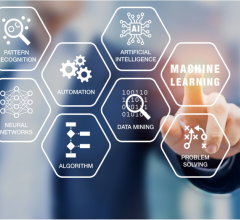