The debate over healthcare reform has raised many issues as to why costs have risen so much in recent years. During the debates, comments have been made that device manufacturers are a big factor in driving up costs. However, Tom Miller, CEO of workflow solutions for Siemens Healthcare, refers to these comments as myths and attempted to dispel some of them during the 2009 Radiological Society of North American (RSNA) conference in Chicago.

There is a feeling that expensive diagnostic technology increases the cost of care. Miller said this may be true to an extent, but points out computed tomography (CT) and other modern imaging modalities have replaced exploratory surgery. He asks when was the last time anyone has heard the term “exploratory surgery,” and said modern medical imaging systems have basically eradicated the term from the medical vocabulary. Noninvasive imaging is also starting to replace pervious gold-standards, such as cath lab angiography. Miller said a CT angiography exam today can rule out most cardiac problems and eliminate the need to send a patient to the cath lab.

Miller said some legislators in Washington suggested physicians also helped drive up costs by over using these imaging systems, primarily through self-referrals. However, he said more than 90 percent of imaging studies are ordered by nonradiologists who have nothing to gain, other than diagnostic insights.

In discussions on how to cut costs and self-referrals, Miller said lawmakers suggest reducing Medicare reimbursements for some diagnostic tests and imaging studies. About 70 percent of healthcare decisions are based on information from these studies. With a lack of data from these modalities, Miller said there will be a lack of proper diagnosis and delays in treatment.

The final myth Miller addressed was that advanced imaging technology does not improve patient outcomes. He points to the fact that earlier detection of cancer leads to reduced treatment costs and more lives saved. He said this is why there are public campaigns promoting screenings for prostate, breast and colon cancers, and these programs have been effective at lowering the number of deaths.

In the past, imaging did not have to lobby lawmakers in Washington. It was a given that medical imaging was needed and beneficial to healthcare. But in this age where everything is on the table in an effort to cut costs, Miller said perhaps more time needs to be spent by manufacturers and medical imaging associations educating lawmakers. 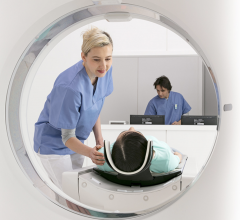 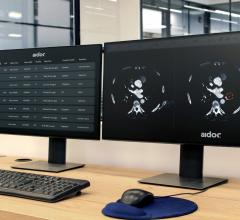