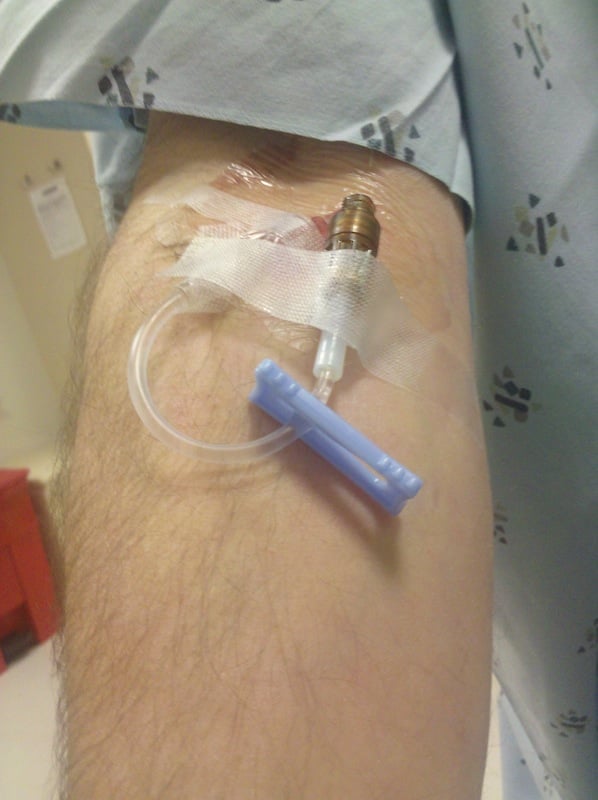 September 10, 2014 — According to new research performed at the Mayo Clinic, iodine-based contrast material injected intravenously to enhance computed tomography (CT) images can be safely used in most patients. The study appears online in the journal Radiology.

Of the 80 million or more CT scans performed each year in the United States, iodine-based contrast material is used in at least half to enhance CT images, according to researcher Robert J. McDonald, M.D., Ph.D., a radiology resident at the Mayo Clinic in Rochester, Minn.

According to McDonald, a small number of case reports from the 1950s and, more recently, retrospective studies lacking appropriate control groups causally linked the use of iodine-based contrast CTs to kidney damage, a condition called contrast-induced nephropathy.

McDonald and a team of researchers analyzed information on patients who underwent abdominal, pelvic and thoracic CT scans at the Mayo Clinic between 2000 and 2010. A study group of 21,346 patients included 10,673 patients who each underwent a contrast-enhanced CT exam and 10,673 patients who underwent a similar CT without intravenous contrast. The two groups were closely matched by demographic and clinical characteristics, including gender, race and pre-existing conditions such as diabetes, congestive heart failure and acute renal disease.

The researchers analyzed the patient data for adverse events following the CT scans, including acute kidney injury, the need for emergency renal dialysis (in patients with no prior history of dialysis) and death within 30 days of contrast exposure.

The analysis revealed no significant difference in the rate of acute kidney injury between patients in the contrast group (4.8 percent, or 515 of 10,673) and the non-contrast group (5.1 percent or 544 of 10,673). More importantly, the rates of emergency dialysis and death in the 30-day window following CT examination were not significantly different between patients exposed to contrast and those who were not exposed. These results were also observed among patients with compromised kidney function and high-risk conditions, such as congestive heart failure and diabetes, which are assumed to predispose a patient to kidney injury.

“These results challenge long-held assumptions regarding the presumed nephrotoxic risk of intravenous contrast material,” McDonald said. “We hope that our findings will help refine the safety profile of these contrast agents."