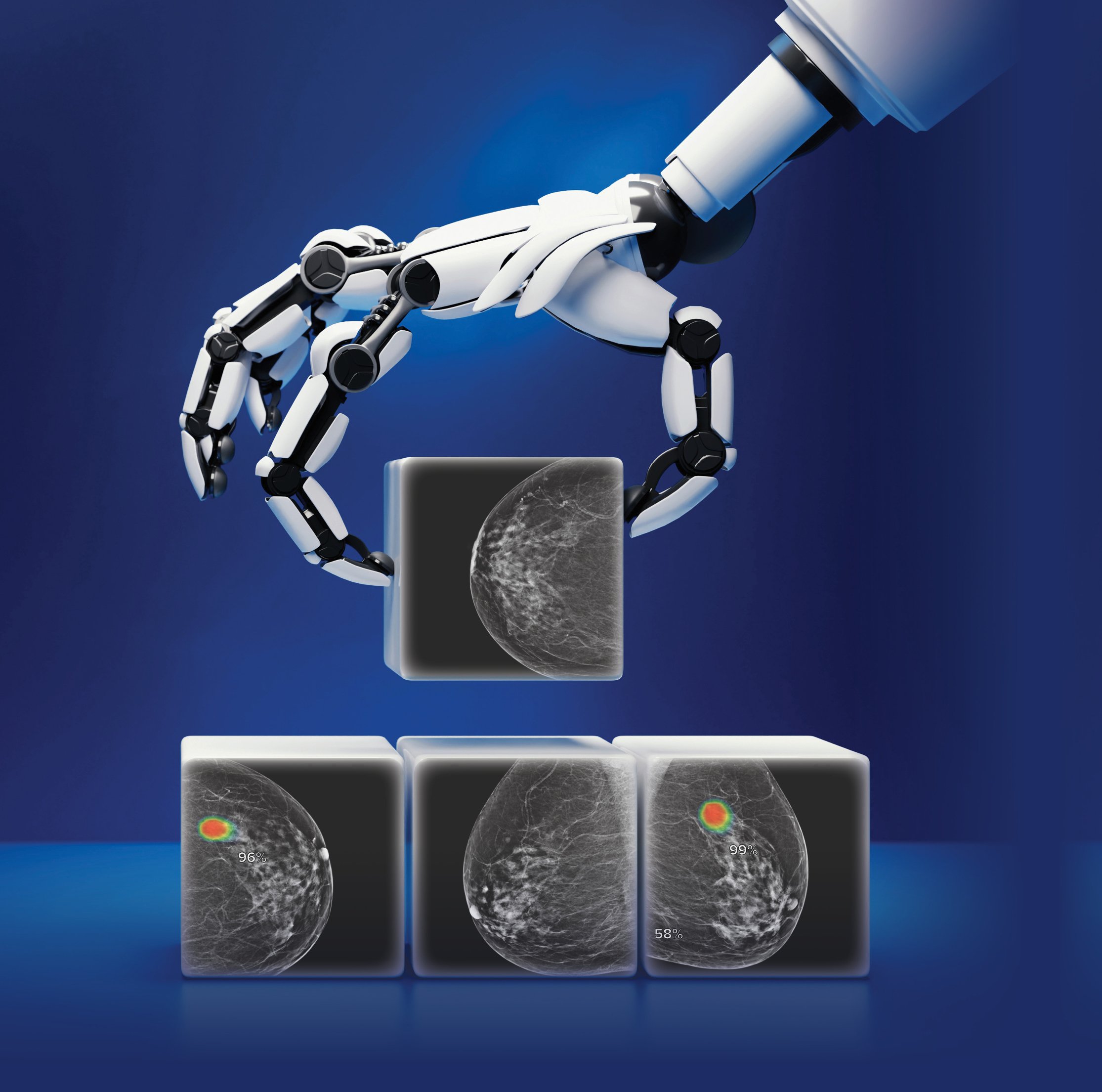 Findings from a clinical trial that used artificial intelligence (AI) in an effort to reduce false positives on breast ultrasound were presented by Linda Moy, MD, Center for Advanced Imaging Innovation and Research with NYU Langone Health Center for Advanced Imaging Innovation and Research (CAI2R), during RSNA 2021. Moy, a leader in radiology AI, is also a professor of radiology at NYU Grossman School of Medicine and a member of Perlmutter Cancer Center.

Led by researchers from the Department of Radiology at NYU Langone Health and its Laura and Isaac Perlmutter Cancer Center, the team’s AI analysis is believed to be the largest of its kind.

The study, published in the journal Nature Communications (Sept. 24, 2021), was supported by the U.S. National Science Foundation (NSF), offered this overview:

“If our efforts to use machine learning as a triaging tool for ultrasound studies prove successful, ultrasound could become a more effective tool in breast cancer screening, especially as an alternative to mammography, and for those with dense breast tissue,” said Moy. “Its future impact on improving women’s breast health could be profound,” she added. The study summary is presented here.

Breast ultrasound images show cancer (at left, as dark spot in center and, at right, in red, as highlighted by a computer). Image courtesy of Nature Communications

Ultrasound is an important imaging modality for the detection and characterization of breast cancer. Though consistently shown to detect mammographically occult cancers, breast ultrasound has been noted to have high false-positive rates.

In this work, AI system that achieves radiologist-level accuracy in identifying breast cancer in ultrasound images is presented.

Developed on 288,767 exams, consisting of 5,442,907 B-mode and color Doppler images, the AI achieves an area under the receiver operating characteristic curve (AUROC) of 0.976 on a test set consisting of 44,755 exams. In a retrospective reader study, the AI achieves a higher AUROC than the average of ten board-certified breast radiologists (AUROC: 0.962 AI, 0.924 ± 0.02 radiologists). With the help of the AI, radiologists decrease their false positive rates by 37.3% and reduce requested biopsies by 27.8%, while maintaining the same level of sensitivity. This highlights the potential of AI in improving the accuracy, consistency and efficiency of breast ultrasound diagnosis.

• Pathology was used as the reference standard

• 28,914 of these exams were associated with at least one biopsy procedure

• 5,593 of which had biopsies yielded malignant findings.

• On a test set of 44,755 exams, the AI system achieved an AUC of 0.976 for identifying exams with malignancies

• At the radiologist’s sensitivity levels, the hybrid models:

• The reduction in biopsies using the hybrid models represented 29.4% of all recommended biopsies.

• The system could be harnessed to support decision-making where there are shortages of radiologists.

The study’s conclusion offered the researcher’s perspective on future clinical applications and the impact of artificial intelligence tolls on the effort to improve the accuracy of breast cancer imaging.
In it, the authors offered this on their findings:

“In conclusion, we examined the potential of AI in U.S. exam evaluation. We demonstrated in a reader study that deep learning models trained with a sufficiently large amount of data are able to produce diagnosis as accurate as experienced radiologists. We further showed that the collaboration between AI and radiologists can significantly improve their specificity and obviate 27.8% of requested biopsies. We believe this research could supplement future approaches to breast cancer diagnosis. In addition, the general approach employed in our work, mainly the framework for weakly supervised classification and localization, may enable utilization of deep learning in similar medical image analysis tasks.”

Following is a clinical snapshot of a second study presented by Linda Moy, MD, during the RSNA 2021 session: “Breast Imaging: Advanced Breast Ultrasound.”

Hypothesis: A DL model trained to triage breast ultrasound exams as cancer-free can improve radiologist efficiency and specificity without compromising the sensitivity.

Purpose: To train an AI system to triage breast exams with the goal of reallocating radiologists’ time towards exams with high suspicion of malignancy.

• 28,914 of these exams were associated with at least one biopsy procedure

• 5,593 of which had biopsies yielded malignant findings

• On a test of 44,755 exams, the AI system achieved an AUC of 0.96 identifying exams with malignant lesions

• When the triage system evaluated 3,553 exams which originally assessed as B1-RADS 3, it reclassified 60%, 70%, and 80% of exams with the lowest AI scores as benign without missing any malignancies.

• AI system may obviate the need for follow-up imaging

• Using a high sensitivity threshold, our DL model may function as a standalone system

• Using a high sensitivity threshold, our DL model placed 978 (2.2%) exams into an enhanced assessment workflow, with high PPV of 69.6%

• The system could be harnessed to support decision-making where there are shortages of radiologists.