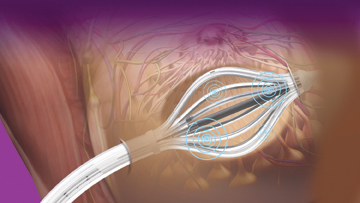 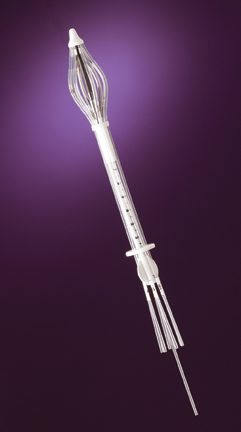 The SAVI device from Cianna Medical has a strut-based, open architecture design that allows physicians to sculpt radiation based on patient-specific anatomy. 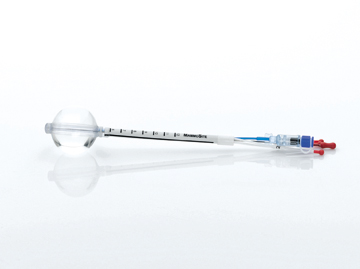 The Hologic MammoSite multi-lumen therapy gives radiation oncologists the ability to shape the radiation dose for typical cases and treat patients who are otherwise not appropriate candidates for traditional brachytherapy. 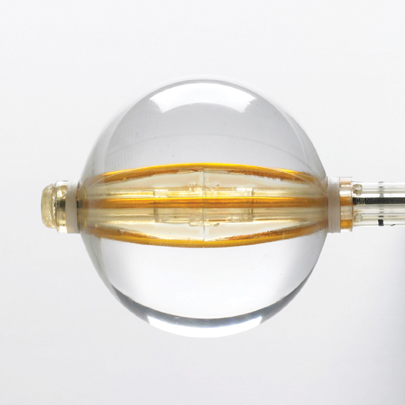 Brachytherapy/APBI has become more and more popular in the United States, embraced by patients and their surgeons/oncologists alike.  Currently, more than 10 percent of all women receive breast conservation therapy with APBI, and more than 100,000 patients have been treated with brachytherapy. APBI provides a shorter, far more convenient course of treatment — five days compared to six weeks for WBI.  It also limits radiation exposure to the affected part of the breast, sparing lung, heart and other normal tissues.

Brachytherapy has been intensively studied and used in modern clinical practice since the early 1990s. Initial research dates back to the 1920s, when the British surgeon Jeffrey Keynes inserted radium needles into breasts with breast cancer before any external radiotherapy was available. Early techniques required the insertion of multiple catheters inserted individually into the breast. Interstitial multicatheter brachytherapy remains an excellent reliable technique, but newer single-entry applicators allow APBI to be available across the nation and indeed the world, even where brachytherapy experience is limited. This evolution in techniques potentially changes the way early-stage breast cancer is approached.

From the advent of modern brachytherapy in 1991 until a decade ago, APBI generated substantial academic interest, but little popularity because it was too skill-dependent. In 2002, the U.S. Food and Drug Administration (FDA) approved the first breast brachytherapy applicator involving insertion of just one device into the lumpectomy cavity — the MammoSite single-channel “balloon” applicator.

In 2006, the FDA cleared SAVI (Strut-Adjusted Volume Implant), a single-entry, strut-based (“multicatheter”) applicator for breast brachytherapy. SAVI was developed to offer radiation oncologists and medical physicists more control of the radiation dose to the skin and ribs, and more precisely deliver radiation to the tumor bed. As a result, radiation exposure to healthy tissue such as the skin, chest wall, lungs and coronary arteries, could be limited, providing better cosmetic results, fewer side effects and less long-term toxicity. By minimizing the risk of damage to healthy body structures and the skin, this technique greatly increases the number of women who may be eligible for breast brachytherapy.

Since the radiation dose cloud is sculpted to the breast tissue at risk, the volume treated is substantially less, and the overall treatment time can be shortened to five days. We introduced the concept of hyperfractionated brachytherapy (two treatments daily separated by at least six hours), allowing 10 brachytherapy fractions over the five days. Thus, the dose per fraction of 3.4 Gy was kept low in order to minimize scar tissue and other late effects of irradiation, an advance in high dose rate (HDR) brachytherapy biology and technique. Five-day breast cancer treatment also allows women to return to work, family and everyday life more quickly.

Controversial Research Data Contribute to Slow Adoption Rate
Brachytherapy has a 20-year record of careful clinical research with excellent clinical outcomes, although the therapy has been slow to gain widespread recognition. This is partly due to the dissemination of flawed clinical data on older APBI technologies, such as a recently published study in the Journal of the American Medical Association (JAMA, May 2, 2012).

The JAMA study is based on Medicare billing claims data for patients across the United States treated in the first few years after the 2002 FDA approval of a single-entry breast brachytherapy balloon catheter, as doctors were going up the learning curve. The single-channel MammoSite is considered outdated technology that is rapidly being replaced by multichannel or strut-based catheters.

This report is not based upon a clinical trial, and there is no mention of the actual recurrence rates. It shows a small increase in the complication rate in patients treated with the early version of MammoSite compared with those treated with WBI, and a 1.77 percent difference in subsequent mastectomy rates. Why patients had the mastectomy, or even which breast was removed, was not reported by the MD Anderson authors.

The study had two notable deficiencies. It compared traditional WBI to an early form of APBI using the single balloon with one channel. Newer, preferred modalities of APBI (SAVI, multi-lumen MammoSite and Contura) use multiple channels with much more precise targeting and fewer side effects.

Moreover, surgical techniques, such as delayed closed-wound ultrasound-guided insertion, and patient selection processes have improved since the JAMA study data was gathered (2000 to 2007).

Driving the potential paradigm shift in breast cancer radiotherapy are clinical results to date for APBI. They are equivalent to what has been seen with WBI and are as good as or potentially better than whole breast in terms of complications and side effects. (For more responses to the JAMA article, see the sidebar below.)

Comprehensive Trial Pending Completion
Any lingering questions should be put to rest with the pending completion of a comprehensive head-to-head clinical trial comparing five-day ABPI to six-week WBI. I am a co-principal investigator on the 4,300-patient Phase III trial (NSABP B-39 and RTOG 0413), conducted under auspices of the National Cancer Institute. We should begin to see results of that study next year.

These results, if they are in line with what we have seen in other large studies, should give more weight to existing evidence that the five-day treatment is a valid option for properly selected patients with early-stage breast cancer.

For those who are still on the fence in regard to the five-day treatment course, equivalent or superior B-39 trial results could provide the final push in bringing about a paradigm shift to the five-day course of therapy as a standard of care. Medical science is better than it was 10 years ago in ruling out multi-centric breast cancer with improved imaging such as breast magnetic resonance imaging (MRI). Genetic susceptibility testing is already detecting a group of women with a very high risk of a second breast cancer.

This is exciting news for women who deserve the highest standard of care, one that allows them to maintain their health and return to their normal lives as soon as possible. With more breast cancers being detected at early stages, we can now provide safe, effective and far more convenient radiation therapy.

A paradigm shift is a radical departure from the standard treatments of the past. For 115 years, the entire breast has been treated for all stages of breast cancer, either with a scalpel (mastectomy) or a broad radiation beam (WBI). Because of the volume of tissue irradiated, WBI is given over three to seven weeks of protracted daily treatments.

APBI, if validated in the nine current prospective randomized trials, would be a radical departure from the past. Favorable select breast cancers would be able to receive a five-day treatment to only the affected part of the breast.

Robert Kuske, M.D., is a radiation oncologist at Arizona Breast Cancer Specialists in Scottsdale, Ariz. He previously led the breast cancer program at the University of Wisconsin and was chairman of radiation oncology at the Ochsner Clinic in New Orleans. He is now a co-principal investigator of the North American 4,300-patient Phase III trial through the NSABP and RTOG, approved and funded by the National Cancer Institute. In April 2011, Kuske received the American Brachytherapy Society Presidential Award for contributions to the science of his field of radiation oncology.

At the annual meeting of the American Society of Breast Surgeons (ASBS), held in May, findings of the largest study ever on the use of breast brachytherapy to treat ductal carcinoma in situ (DCIS) were presented. The study’s authors noted that strut-based breast brachytherapy demonstrated favorably low rates of breast cancer recurrence and few toxicities.

They reported data on 265 patients treated with a SAVI device from 2007 to 2011 at 12 sites around the United States, with a median follow-up time of 20.1 months and a median patient age of 62. Of patients in the study group, 14 percent had narrow skin spacing (5 mm or less) between the brachytherapy applicator and the surface of the skin. This points to the device’s ability to make five-day treatment available to many women with cancers close to the skin, who would otherwise have to undergo six weeks of whole breast irradiation (WBI).

Examining “Grade 2” (symptomatic) post-treatment events, researchers reported no fat necrosis or hyperpigmentation. They documented low, 1.2 percent rates of seroma (a collection of fluid at the site of the lumpectomy and radiation treatment), breast pain and telangiectasia (visible dilated blood vessels near the surface of the skin).

In April, research showing favorable results for SAVI treatment of early-stage breast cancer was presented on a scientific poster at the annual meeting of the American Society of Breast Disease (ASBD). Examining initial and longer-term effects among a large group of 909 patients at 12 centers around the United States, researchers found low rates of toxicities among SAVI patients.

Data for both studies was drawn from the ongoing work of the SAVI Collaborative Research Group. The group was established to study clinical outcomes of APBI treatment with the SAVI device.

Medical Societies Respond to Recent JAMA Article
A study that caused controversy when it was first presented at the San Antonio Breast Cancer Symposium (SABCS) by physicians from the MD Anderson Cancer Center last December was published in the May 2, 2012, issue of JAMA (the Journal of the American Medical Association) and again drew criticism from industry groups. The report was based on a review of Medicare claims data and compared accelerated partial breast irradiation (APBI) to whole breast irradiation (WBI). It noted a small but statistically significant increase in the rate of mastectomies in elderly patients treated with APBI brachytherapy.

The American Brachytherapy Society (ABS) and American Society of Breast Disease (ASBD) released statements in response to the JAMA article. “ASBD cautions that the study has several deficiencies that may unnecessarily deter women from choosing brachytherapy as a treatment option,” the group said in a press release, noting several areas it sees as shortcomings.

In its press release, ABS said, “In short, the analysis presented in JAMA tells us very little in contrast to the results of many carefully performed studies of APBI-brachytherapy accumulated over 20 years.” ABS also expressed concern that the study “can lead to patient harm if a false bias against partial breast brachytherapy develops as a result.”