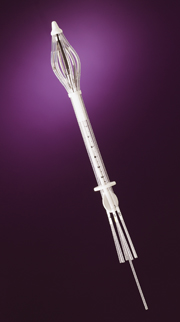 May 3, 2011 — Cianna Medical announced that it has successfully completed a funding round totaling $12 million. The Series B round was led by an investment of $8 million from Novo Ventures, Novo A/S. Continuing investors participating in this round were Fog City Fund, Emergent Medical Partners and Saints Capital. Investor proceeds will be used to expand sales and marketing programs for the SAVI breast brachytherapy applicator, a multicatheter device that provides accelerated partial breast irradiation (APBI) in the United States and internationally. Funds will also be earmarked for development of new products that are synergistic to the company's core business in radiation oncology and surgery.

Clinical studies on SAVI have been authored by internationally known radiation oncology experts, such as Robert Kuske, M.D., and by researchers from institutions such as MD Anderson Cancer Center and UC San Diego Moores Cancer Center. These studies show the multicatheter radiation treatment can make the benefits of APBI available to twice as many women, as well as result in better outcomes including less skin toxicity, reduced risk of infection and improved cosmesis.