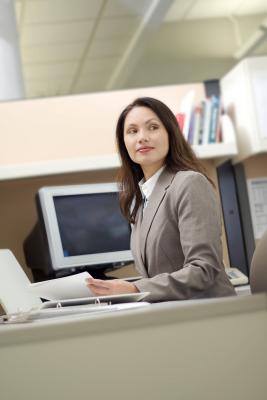 March 26, 2018 — Radiotherapy treatment to part of the breast or a reduced dose to the whole breast yields fewer moderate or marked side effects as reported by breast cancer patients, according to new findings, compared to standard radiotherapy to the whole breast. The study was presented at the 11th European Breast Cancer Conference, March 21-23 in Barcelona, Spain.

The IMPORT LOW study of 2016 women in 41 centers in the U.K. has already shown that partial breast and reduced dose radiotherapy was as effective as whole breast radiotherapy in controlling the cancer at five years, and women in the partial breast and reduced dose groups reported fewer side effects, including less change in the appearance of the breast.

These latest results, which focus predominantly on side effects affecting the breast and also body image reported during the five years following radiotherapy, show that over half of patients in the study did not report moderate or marked side effects at any point and that most side effects reduced over time. The number of side effects reported per person were fewer in the partial breast and reduced dose groups compared with the whole breast radiotherapy group.

Dr. Indrani Bhattacharya, a clinical research fellow at the Institute of Cancer Research's Clinical Trials and Statistics Unit (London, U.K.), from where the IMPORT LOW trial was coordinated, told the conference: "The findings from this study are reassuring for women who are offered either whole breast or partial breast radiotherapy using this technique of radiotherapy, which is simple to deliver and already available in centers worldwide.

"This new information will help doctors discuss the risks and benefits of this type of radiotherapy with patients and may improve shared decision-making, as well as enabling them to tailor treatment for individual patients."

The IMPORT LOW study randomized women to receive standard radiotherapy at a dose of 40 Gy to the whole breast (the control group), or 36 Gy to the whole breast and 40 Gy to the part of the breast that contained the original tumour (reduced dose group), or 40 Gy only to the site of the original tumour (partial breast group). The radiotherapy was given using hypofractionated intensity modulated radiotherapy (IMRT) — a technique that can deliver an even dose of radiation, minimizing the chances of hotspots of unwanted high doses and reducing the cosmetic problems that can occur after breast radiotherapy.

More than half of the women (1,265) took part in the sub-study that looked at patient-reported outcomes (PROMs). At the start of the study, after six months and one, two and five years after radiotherapy the women were asked about adverse side effects, such as a hardening of tissue, pain, oversensitivity of the treated area and buildup of fluid. Most of the side effects reported by the women related to changes affecting the breast, and the most common reported side effect was "overall change in breast appearance."

The researchers found that women were more likely to report adverse side effects if they were younger, had larger breasts, had a larger volume of breast tissue removed at surgery, if the cancer had spread to any of their lymph nodes, and if, at the start of the study, they were feeling anxious or depressed.

"Now that we can identify these patients who are at higher risk of reporting side-effects, this knowledge can be discussed with patients, may modify treatment and enable doctors to put in place more personalized and frequent monitoring if necessary. For example, patients with higher levels of anxiety and depression could be offered psychosocial support at the start of treatment, although we do not know from this study whether this would reduce the reporting of side effects," said Bhattacharya.

"PROMs are very important for both women and clinicians as they describe side effects from the patients' perspective and allow us to see the long-term effects of treatment as recorded by the patient. We know from this study and other studies that patients report more side effects compared to doctors. This means that if we did not assess side effects using PROMs, then the impact of the treatment-related side effects on the patient may be underestimated," said Bhattacharya.

Co-chair of the European Breast Cancer Conference, Prof. Isabel Rubio, director of the Breast Surgical Unit at Clinica Universidad de Navarra, Spain, who was not involved with the research, commented: "Patient-reported outcomes are among the most important factors that we have added to assessments of outcomes in breast cancer in recent years. PROMs can improve relationships between physicians and patients, and enhance shared decision-making; this strategy will impact on the final outcomes in the management of breast cancer patients. These latest results from the IMPORT LOW trial provide important and reassuring information for clinicians and patients about side effects after partial or reduced dose radiotherapy, and will help them to make the best choices in each individual case."