Ultrasound for Children with Abdominal Trauma 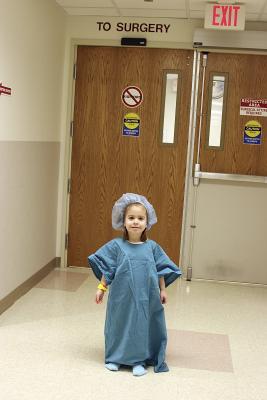 Despite evidence showing that the routine use of sonography in hospital emergency departments can safely improve care for adults when evaluating for possible abdominal trauma injuries, researchers at UC Davis Medical Center could not identify any significant improvements in care for pediatric trauma patients.

The findings, which resulted from a randomized clinical study involving 925 children with blunt torso trauma who were evaluated in the emergency department at the medical center, showed no difference in important clinical outcomes. The outcomes assessed were developed for the study mainly based on previous research in injured adults.

The study is now available online in the June 13 issue of the Journal of the American Medical Association.

The UC Davis team investigated the Focused Assessment with Sonography for Trauma (FAST) to determine whether the use of the FAST examination could safely lead to a decrease in the use of computed tomography (CT) scans for children, and other outcomes. FAST is a bedside ultrasound examination using a portable ultrasound machine. It has not been routinely used in the initial emergency department evaluations of injured children. CT scans represent the “gold standard” in diagnostic imaging for clinicians, including the identification of intra-abdominal injuries, but they also pose a greater radiation risk for children than they do for adults.

“A lot of our work has looked at the appropriate use of CT scans in injured patients,” said James Holmes, professor of emergency medicine and the study’s lead author. “At least in the adult trauma population, there’s evidence that you can use ultrasound to safely decrease CT use. One of the big questions has been whether that holds true for children, too.”

Holmes and his colleagues identified a study cohort of hemodynamically stable children [meaning patients with no sign of blood circulation problems] who presented in the emergency department at UC Davis Medical Center with blunt torso injuries resulting from mechanisms such as motor vehicle collisions and falls greater than 20 feet. Four hundred and sixty patients were randomized to the FAST group and 465 to the no-FAST group, who received the same standard trauma evaluations but without ultrasound.

As in previous studies, the researchers wanted to determine whether the FAST protocol could significantly decrease the length-of-stay for patients in the emergency department, reduce hospital billing charges and still identify injuries when compared to patients who did not receive a FAST examination.

“We were surprised that the routine use of FAST did not show any significant differences,” said Nathan Kuppermann, professor and chair of emergency medicine at UC Davis and the study’s senior author and co-principal investigator. “The use of FAST compared with our standard trauma care did not decrease CT scan use, improve resource use, emergency department length-of-stay, safety or hospital charges."

Length-of-stay times in the emergency department between the FAST group and the no-FAST group, for example, showed a minor differential of 6.03 hours versus 6.07 hours respectively. The difference in savings between hospital charges for patients in the FAST group and the no-FAST group was about $1,200 out of total charges of more than $46,000. There also was no significant difference in “missed” intra-abdominal injuries between the two groups.

Kuppermann and Holmes, who have led previous research studies designed to help emergency physicians safely avoid the use of CT scans for injured children, noted that even when an ultrasound gave physicians a better sense of the level of injury risk to a patient — and thus more confidence that serious injury risk was low — they still frequently ordered CT scans.

“In all of the cases where the risk was identified as ‘low’ [meaning the risk of serious intra-abdominal injury did not appear significant to the physician following the ultrasound], but where CT scans were ordered anyway, we didn’t find one patient who actually had an intra-abdominal injury,” added Kuppermann. “While ultrasound appears to have the potential to decrease CT use in children, we wanted to determine whether it actually worked in practice.”

The researchers noted that the new study does have certain limitations and should be cautiously interpreted. It was conducted at only one site — UC Davis Medical Center — which the authors say might have specific patient-care practices that influenced the results so that they may not be generalizable to other hospitals.

The relatively small size of the trial, despite randomizing 925 patients, also may “not have been adequately powered to detect small differences in outcomes” between study groups or in important subsets of children, particularly the youngest ones who are most susceptible to the radiation risks of CT scans, according to the authors.

Given the findings of the current study, the authors suggest a large, multicenter randomized clinical trial would more definitively answer the question regarding the usefulness of the FAST examination in children after blunt torso trauma.

Co-authors of the study, all of whom are affiliated with UC Davis School of Medicine, were Kenneth M. Kelley, Sandra L. Wootton-Gorges, Garth H. Utter, Lisa P. Abramson, John S. Rose and Daniel J. Tancredi, representing the departments of Radiology, Surgery and Pediatrics, in addition to Emergency Medicine.

This work was supported by a grant from the Emergency Medical Services for Children, a federal health initiative administered by the U.S. Department of Health