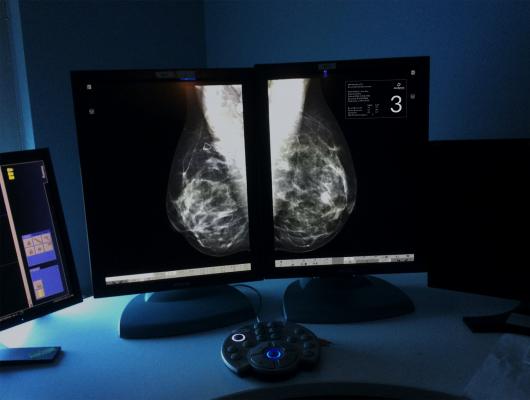 October 2, 2018 — Results from a new study show that dense breast reporting laws in the United States significantly increase breast density awareness, as well as prompt conversations between women and their healthcare providers about supplemental screening. Furthermore, the study shows that nearly 90 percent of women surveyed, regardless of the state’s law status, completely or mostly agree that they would prefer to know their breast tissue type than not know.

The study from the nonprofits Are You Dense Inc. and Are You Dense Advocacy Inc. is published in the Journal of the American College of Radiology (JACR).1

“Women and their physicians should talk about the woman’s breast density and its impact on breast cancer screening and diagnosis. At the American College of Radiology’s urging, inclusion of breast density information in mammography reports to physicians began long ago based on the ACR’s BI-RADS [Breast Imaging-Reporting and Data System] classification system. In states without legislation, women may not automatically receive density information but should be aware that it is generally available in the mammography report. This information is helpful for both radiologists and referring providers as they discuss density status with their patients,” said Dana Smetherman, M.D., FACR, and chair of the American College of Radiology (ACR) Breast Imaging Commission.

Study results also show that women from states where density reporting laws have been in place longer are more likely to know their own density type and to report that their provider talked to them about supplemental screening.

“These study results confirm that women who participate in mammography screening want this important breast health information, and that the mammogram results letter leads to further conversations between them and their physicians about breast screening,” stated lead study author Nancy M. Cappello, Ph.D, founder of Are You Dense Inc. and Are You Dense Advocacy Inc., and the inspiration behind the first density reporting law in the United States, which has led to 36 state laws. “This is particularly important as it shows that these laws, despite how they’re written, promote informed patient-provider shared decision making.”

Study co-author Christoph Lee, M.D., MS, professor of radiology and health services at the University of Washington School of Medicine, stated, “The results from this national survey suggest that density reporting laws are associated with improved awareness of breast density and is associated with greater engagement between women and their providers. This type of engagement is important for more personalized, risk-based screening efforts.”

The survey, conducted in February 2018, included 1,500 women in all 50 states, between 40 and 74 years old, who had a mammogram within the past two years. Survey results were compared across five groups based on law details and between women residing in states with laws versus without laws. While the majority of women in each of the sample groups were white, there was representation of minority women in each of the groups.