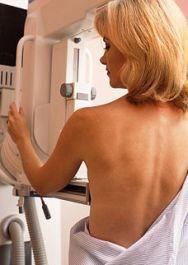 June 30, 2011 – Breast cancer screening with mammography results in a significant reduction in breast cancer mortality, according to long-term follow-up results of a large-scale Swedish trial. The results are published online in the journal <i>Radiology.</i>

“Mammographic screening confers a substantial relative and absolute reduction in breast cancer mortality risk in the long-term,” said Stephen W. Duffy, M.Sc., professor of cancer screening at Queen Mary, University of London. “For every 1,000 to 1,500 mammograms, one breast cancer death is prevented.”

The Swedish two-county trial of mammographic screening was the first breast cancer screening trial to show a reduction in breast cancer mortality from screening with mammography alone. The trial randomized 133,065 women into two groups, one that received an invitation to screening and another that received usual care. At the conclusion of the study, there were 30 percent fewer breast cancer deaths among all women (attenders and non-attenders) in the group invited to undergo screening. The screening phase of the trial lasted approximately seven years. Women between the ages of 40 and 49 were screened, on average, every 24 months, and women age 50 to 74 were screened, on average, every 33 months.

For the current study, nearly three decades after the beginning of the trial, the researchers analyzed the original data and the follow-up data to estimate the long-term effect of mammography screening on breast cancer mortality. At 29 years, this represents the longest recorded follow-up period for a mammography screening trial.

Case status and cause of death were determined by local trial endpoint committees and, independently, by an external committee. Mortality analysis at follow-up showed a reduction in the breast cancer mortality rate in the screening population, similar to the original trial results. But while the relative effect of screening on breast cancer mortality remained stable over the follow-up period, the absolute benefit in terms of lives saved increased with longer follow-up times. At 29 years of follow-up, the estimated number of women needed to undergo screening every 2 or 3 years over a seven-year period to prevent one breast cancer death ranged from 414 to 519.

According to the researchers, evaluation of the full impact of screening mammography requires follow-up times exceeding 15 to 20 years, because the observed number of breast cancer deaths prevented increases with the passage of time.

These new data add to the evidence on the long-term benefits of regular mammography screening, and should be included in the discussions between women and doctors about what to expect from breast cancer screening.

“Unfortunately, we cannot know for certain who will and who will not develop breast cancer,” Duffy said. “But if you undergo a recommended screening regimen, and you are diagnosed with breast cancer at an early stage, chances are very good that it will be successfully treated.”