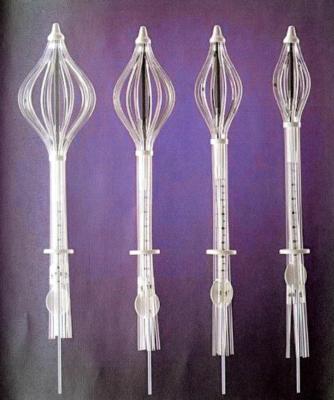 Data came from the SAVI Collaborative Research Group (SCRG), which studies the long-term outcomes of women treated with strut-based brachytherapy, and will be presented at the 36th annual San Antonio Breast Cancer Symposium, Dec. 10-14, 2013.

Researchers examined data from 576 patients with a median follow-up of more than 3 years. The two-year actuarial local recurrence rate was 1.17%, and overall survival over the same time period was 99.5%. During follow up, the rate of late toxicities was very low (< 5%), and 98.5% reported excellent or good cosmesis at 48 months.

“With recurrence rates comparable to whole breast irradiation, strut-based brachytherapy has proven to be an effective treatment for a certain population of early-stage breast cancer patients,” said lead author Catheryn Yashar, M.D., a radiation oncologist at UC San Diego’s Moores Cancer Center, La Jolla, Calif., and co-principal investigator of the SCRG. “In addition, the ability to precisely target radiation to the tumor bed makes it a very well-tolerated treatment with fewer late toxicities and side effects compared to other forms of radiation therapy.”

In contrast, two studies were published last month in The Lancet and The Lancet Oncology journals addressing another form of APBI known as intraoperative radiation therapy (IORT). Both randomized studies compared IORT to whole breast radiation, and researchers reported rates of local recurrence with IORT that were 11 and 2.5 times higher than with whole breast radiation.

Strut-based brachtherapy is used as part of breast conservation therapy (BCT), which consists of a lumpectomy followed by radiation therapy. Traditionally, the radiation portion consisted of whole breast irradiation (WBI), which requires 6-7 weeks of daily treatments. Breast brachytherapy delivers radiation to the area immediately surrounding the lumpectomy cavity, enabling treatment to be completed in as little as 5 days and sparing healthy tissue from unnecessary radiation. Patient eligibility for breast brachytherapy is based on a number of factors, including tumor size, age, margin status and lymph node involvement.

The strut-based, open architecture design of SAVI allows physicians to sculpt radiation based on patient-specific anatomy, which may increase the number of women eligible for breast brachytherapy.