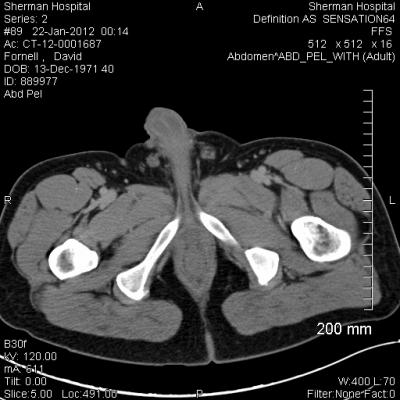 The study — the first trial to publish five-year results from SBRT treatment for prostate cancer — found a 98.6 percent cure rate with SBRT, a noninvasive form of radiation treatment that involves high-dose radiation beams entering the body through various angles and intersecting at the desired target. It is a state-of-the-art technology that allows for a concentrated dose to reach the tumor while limiting the radiation dose to surrounding healthy tissue.

“The high cure rate is striking when compared to the reported five-year cure rates from other approaches like surgery or conventional radiation, which range between 80 to 90 percent, while the side effects of this treatment are comparable to other types of treatment,” said Raquibul Hannan, M.D., Ph.D., assistant professor of radiation oncology and lead author for the study. “What we now have is a more potent and effective form of completely noninvasive treatment for prostate cancer, conveniently completed in five treatments.”

“The current form of radiation is 44 treatments given over nine weeks. In contrast, the SBRT therapy we used allows the delivery of highly focused radiation in only five treatments, allowing patients to return to their normal lives more quickly,” said senior author Robert Timmerman, M.D., director of the Annette Simmons Stereotactic Treatment Center at UT Southwestern, and professor and vice chairman of the Department of Radiation Oncology. “SBRT is both more convenient and has increased potency.”

UT Southwestern served as the lead site for the multi-institutional clinical trial, which involved first-time prostate cancer patients diagnosed with stage I or stage II (low- and intermediate-risk) prostate cancer. A total of 91 patients were treated prospectively and followed for five years, with only one patient experiencing a recurrence of his cancer. The findings are published in the European Journal of Cancer.

Terry Martin of McKinney, Texas, said the fewer number of treatments was a compelling advantage when he was evaluating treatment options.

“I live 45 minutes away from UT Southwestern. The difference between being treated five times versus 44 times is enormous,” said Martin, a retired airline pilot. “I felt that I was back to normal just 10 days after finishing treatment.”

In addition to shorter treatment times, researchers found that side effects were not necessarily different compared to other forms of prostate cancer treatment. In the short term, the side effects of SBRT can include urinary issues (urgency, frequency and burning) and rectal irritation, which are often temporary and reverse within four weeks of treatment. Researchers found a small risk of longer-term urinary and rectal complications, which is also comparable to conventional treatments. Decrease in erectile function was seen in 25 percent of patients, fewer than with conventional radiation or surgery, said Hannan.

To reduce the side effects associated with SBRT, current clinical trials at UTSW are using a biodegradable rectal spacer gel to protect the rectum. UTSW is currently the only accredited site in Texas at which this spacer gel can be used.

Other clinical trials at the UTSW Department of Radiation Oncology are seeking to expand the application of SBRT to high-risk (Stage III) prostate cancer patients. “Our hope is that the high potency of this form of treatment will significantly improve treatment of these patients,” said Hannan, the principal investigator of the high-risk prostate SBRT trial.