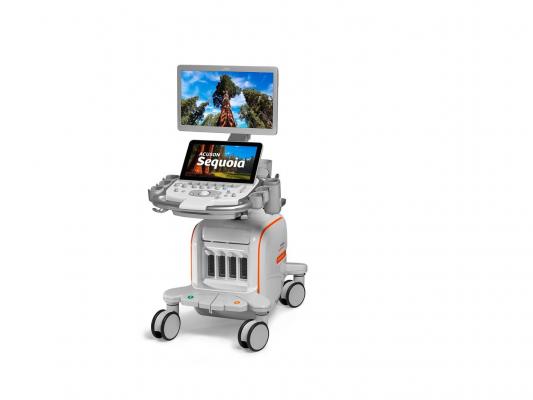 July 12, 2018 — Siemens Healthineers recently announced the launch of its new ultrasound system, the Acuson Sequoia. The general imaging ultrasound system was developed in response to what the company calls one of the most prevalent challenges in ultrasound imaging today: the imaging of different sized patients with consistency and clarity. With its new Deep Abdominal Transducer (DAX), a new high-powered architecture, and updates to elastography and contrast-enhanced ultrasound, the Acuson Sequoia produces penetration up to 40cm. These features enable high-resolution imaging that adapts to patients’ size and personal characteristics, contributing to more confident diagnosis.

According to the World Health Organization, 1.9 billion people globally are reported as overweight with 650 million people classified as obese (with a BMI above 30). Because ultrasound imaging relies on the sending and receiving of echo signals to produce images, patients with more adipose tissue are more difficult to image. The deeper an echo signal needs to penetrate, the more attenuation occurs, resulting in image quality degradation. In attempting to overcome these challenges, clinicians have traditionally had to compromise on frame rates, resolution or penetration of their ultrasound imaging.

In response, Siemens Healthineers built the Acuson Sequoia system to adapt to the “BioAcoustic Variations” of each patient — characteristics that include tissue density, stiffness and absorption. The new system provides high-resolution InFocus imaging throughout the entire field of view, from the near field to the far field, in real-time. Therefore, there is no need to adjust the focal point of the scan, resulting in faster scan time without compromising frame rates and resolution. The new ultrasound system also offers high-resolution color flow, up to three times the sensitivity,1,3 and up to 20 percent deeper penetration.3

In addition to increased rates of obesity, prevalence of liver disease is also on the rise.1, 5 Clinicians utilize ultrasound elastography to determine shear wave speed, a parameter correlated with tissue stiffness in the liver which can correlate to chronic disease progression. Imaging in these patients can be challenging, particularly in larger patients where the signals are attenuated. The power architecture of the Acuson Sequoia provides six times the energy capacity available for shear wave elastography, enabling imaging at greater depths and a reduction in image variability.3

The BioAcoustic technology of Acuson Sequoia also improves contrast-enhanced ultrasound (CEUS) bubble longevity.4 Contrast-enhanced ultrasound uses microbubble-based contrast agents to improve the visualization and assessment of lesions.2  With the new Acuson Sequoia system, the view time of contrast agents is significantly longer, allowing clinicians more time to scan for additional incidental lesions during their examinations and with up to twice the sensitivity.4

As the most widely used medical imaging modality,6 ultrasound scanning preferences vary from user to user, making it a highly personal experience. In a collective effort to eliminate variability and long-term ergonomic injuries, Siemens Healthineers hosted 170 workshops with 365 worldwide ultrasound users to create a platform designed by the user, for the user. The Acuson Sequoia improves workflow by introducing user-friendly features, such as gesture detecting transducers – activated by touch, automated protocols and streamlined registration that adapts to user preferences over time. A new ergonomically designed InTune transducer family reduces operator stress while increasing comfort.