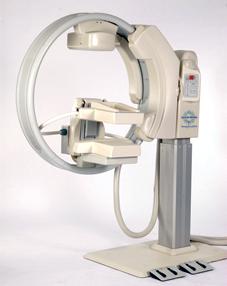 According to the National Cancer Registry and leading cancer care centers, there are an estimated 8,000 to 12,000 new cases of breast cancer discovered each year in KSA. It has been reported that up to 60 percent of these cases are diagnosed at later symptomatic stages, which significantly reduces the five-year survival rate from over 90 percent at an early detection stage to about 22 percent in later symptomatic stages. According to the King Faisal Specialist Hospital and Research Center in Riyadh, breast cancer represents 24 percent of all cancer cases, making it the most common form of cancer in women in KSA. Coupled with the extreme shortages of radiologists, LumaGEM will likely reduce the clinical burden and enable more women to be screened.

Dense breast tissue makes it more difficult to detect cancer, as lesions can be masked on standard X-ray mammogram that uses anatomical imaging as a way of detection. MBI is a functional imaging modality that highlights metabolic activity in breast tumors not visible on mammography due to tissue density, thereby leading to earlier diagnosis, improved outcomes and lowered costs. Recently published studies have shown that the addition of MBI for women with dense breast tissue results in an estimated 4 times increase in breast cancer detection rates, 50 percent reduction in biopsies and a subsequent 15 percent lower cost per cancer detected than screening with mammography alone. Moreover, the MBI procedure is very well tolerated by patients due to the reduced tissue compression on the breast during the examination.

It is important for women to discuss with their doctors if MBI is an appropriate screening modality for them. The MBI technology is an appropriate choice for all early detection and diagnosis of breast cancer In addition to women with dense breast tissue or suspicious lesions, MBI is also appropriate for high-risk patients with a family history of breast cancer, patients who have tested positive for BRCA1 or BRCA2 genes, symptomatic patients, patients with cosmetic augmentation or patients who cannot undergo a magnetic resonance imaging (MRI) investigation.