With risks of recurrence reduced by new targeted drugs, researchers hope to avoid side effects of radiation therapy 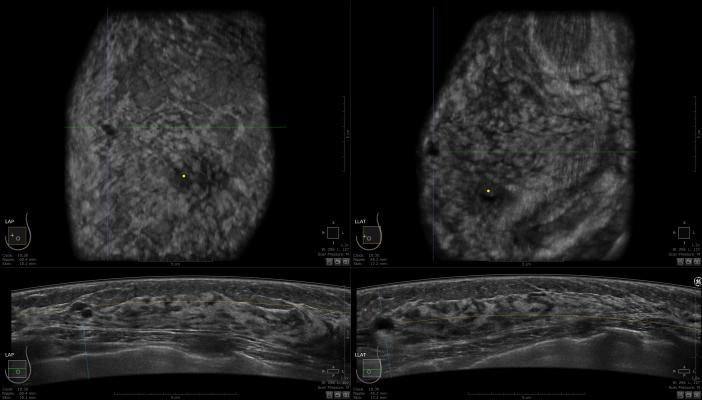 July 2, 2018 — Researchers at The University of Kansas Cancer Center have launched a clinical trial that eliminates radiation therapy from the treatment protocol for an invasive type of breast cancer that accounts for one-fifth of all breast cancer patients.

These are the patients who have breast tumors that contain high levels of a protein known as HER2 (human epidermal growth factor receptor 2), which speeds up the growth of cancer cells. Treatment for HER2-positive cancer typically begins with chemotherapy to shrink the tumor(s), followed by surgery to remove it. Patients then undergo radiation therapy to knock out any lingering malignant cells.

Fifteen years ago, omitting radiation therapy would have been unthinkable. The risk of recurrence was just too great. But that was then. In the last decade, breakthrough drugs such as trastuzumab and pertuzumab, which shut down the HER2 protein, have transformed treatment for this kind of breast cancer. The addition of these new targeted drugs to the chemotherapy regimen has slashed the risk of recurrence by more than half.

In 2012, Melissa Mitchell, M.D., Ph.D., assistant professor of radiation oncology at the KU School of Medicine and a researcher affiliated with the KU Cancer Center, was a new faculty member at a tumor conference listening to other oncologists report how rare it is to see a recurrence of breast cancer in many early-stage HER2-positive patients. They were talking specifically about patients for whom chemotherapy, combined with these targeted drugs, destroyed all the cancer. When the surgeon went in to remove the tumor after the chemo, the tumor was already dead, which meant it contained zero live cancer cells. "I have been watching for six years, and have never seen a patient like that have a breast recurrence, not in my clinic," said Mitchell. She also notes that patients with a dramatic response to the chemotherapy frequently ask why they need to have radiation.

"The treatment drugs have just become so effective that it made us think that maybe we could scale back and spare patients the side effects of radiation," she said. Those potential side effects include swelling of the breast, dryness, itching or burning, scarring and fatigue. In rarer cases, radiation has also been associated with a secondary cancer. Radiation has also been known to cause long-term heart and lung damage. Radiation visits also require time away from work or family, and for some patients in rural areas, those visits also may mean travel to a distant radiation treatment facility.

Mitchell's clinical trial is believed to be the first to examine removing radiation from the treatment plan for HER2-positive cancer with lumpectomy. Radiation has long been the standard of care for breast cancer patients who have had a lumpectomy. "If patients can avoid radiation with low risks, it's to their advantage. It would also save tremendous amounts of time, resources and money," said Allen M. Chen, M.D, the Joe and Jean Brandmeyer Endowed Chair and professor, Department of Radiation Oncology. "This study has the potential to change the standard of care and be groundbreaking."

Mitchell and her follow researchers are in the process of recruiting post-menopausal women at least 50 years of age who are in the early stages of HER2-positive invasive ductal carcinoma (a type of breast cancer that originates in the milk ducts), and who have clear lymph nodes. Patients in the trial will choose whether they prefer to be in the intervention or control groups. Participants in the intervention group will not receive radiation, while those in the control group will receive the typical standard of care, which includes radiation.

Mitchell notes that the patients she talks to already tend to fall into two camps. Some patients fear the cancer returning and say they want radiation because they don't ever want to have surgery again. Some refuse radiation therapy or are hesitant about it: "There's some fear about radiation. Other investigators are studying the potential to eliminate surgery in this same population, but surveyed patients have said they would rather skip radiation than surgery. Patients just feel more comfortable having the cancer cut out." Patients also become overwhelmed by the time and financial stress that radiation treatment entails.

Patients in the study who opt to omit radiation as part of their treatment after lumpectomy will have follow-up examinations every three months for five years. The examinations will include breast imaging (mammograms or MRIs [magnetic resonance imaging]), and patients will be asked to fill out surveys on quality of life and the cosmetic aspects of their treatment. Their results will be compared with those of the controls: patients who opted to have the standard radiation.

"We hope to find that without radiation, patients do fantastic, that they do not have a recurrence — and all while having less risk of side effects, including heart and lung damage," said Mitchell.

This might be the only trial looking at omission of radiation for HER2-positive breast cancer patients specifically, but it is part of a much broader shift. Not that long ago, cancer was so deadly that it was common to attack the disease from all possible treatment angles. Today, as more is known about cancer biology and as improved cancer treatments have produced better outcomes, researchers around the country are considering scaling back on therapies that might no longer be necessary or worth the side effects. And with new ways to gauge how individual patients will respond to different therapies, treatment can also be de-escalated according to what will work better for each patient — and what treatments would barely be effective at all.

This is not to say that de-escalation is an entirely new idea. Qamar Khan, M.D., associate professor of medicine and a co-investigator on the study, points out that just the reduction in the number of radical mastectomies over the last couple of decades is a good example of de-escalation. "We realized that many women really didn't need them," he said.

Mitchell herself has another study in which she is looking at shortening the radiation treatment time for node-positive invasive breast cancer from a six- to seven-week course to a three- to four-week one. A co-investigator on Mitchell's HER2 study, Jamie Wagner, DO, chief of the breast surgery division (CK), is working on a national trial looking at de-escalating treatment for all types of breast cancer that are typically treated with chemotherapy followed by surgery. In that trial, the investigators are using extra imaging — MRIs and mammograms — to predict which tumors will be gone after chemotherapy. The next step would be to omit surgery for those patients.

"There are many different avenues for de-escalation," said Wagner. "We want to maximize outcomes with the best survival rates while doing only necessary therapies. Therapy is not without consequences that impact patients for the rest of their lives. If we can get the best outcomes with the least side effects, that's the best thing for patients and what we are all here for."