Study Published in Brain Communications as Part of Collaboration with Scientists from Copenhagen University Hospitals, Lund University and Technical University of Denmark 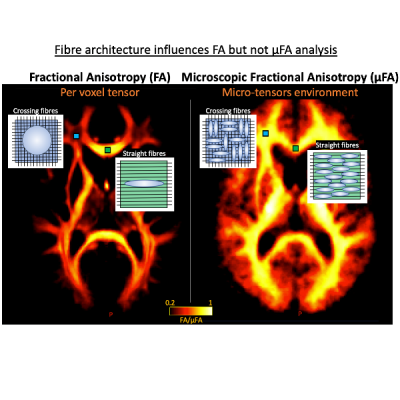 June 11, 2020 —  Random Walk Imaging (RWI), a company developing novel software solutions for magnetic resonance imaging (MRI), announced positive data today from a study in multiple sclerosis (MS) patients using its proprietary scanning method and software protocol. Data from the study, which was conducted at the Danish Research Centre for Magnetic Resonance, Copenhagen University Hospital Hvidovre, demonstrated a significant improvement in the sensitivity of MRI images to disease induced changes in the brain´s normal-appearing white matter. By enhancing MRI scanned images to the microscopic level, the unprecedented detail of the damage caused enabled the researchers to determine a stronger correlation to disease clinical and cognitive scores. The results were published in Brain Communications.

“The data from this study provide convincing evidence that microscopic mapping substantially advances the assessment of cerebral white matter degeneration in MS. Using the analysis tool from RWI, we were able to evaluate the damage to the white matter with remarkable detail, by separately analyzing tissue shape and orientation. This information, which cannot be seen using standard MRI techniques such as diffusion tensor imaging (DTI), could provide a unique opportunity for precision imaging, leading to a more accurate diagnosis both in MS and other degenerative CNS diseases,” said Associate Professor Tim Dyrby who led the study at the Danish Research Centre for Magnetic Resonance, Copenhagen University Hospital Hvidovre and Technical University of Denmark.

Multiple sclerosis attacks the nerve myelin and fibers of the central nervous system, leading to diffuse damage of the brain network. MRI scans are used to determine the extent of this damage and provide a tool for doctors to help with diagnosis and treatment. Apart from the visually detected lesions on the MRI scan, MS also affects the normal-appearing white matter. The degeneration of white matter can be measured with fractional anisotropy (FA), a metric that aims to assess the structural integrity of the nerve fibers. FA measurement is mapped with DTI on the MRI scanner. However, this standard FA metric also picks up physiological variations in how the white matter fibers are oriented. This dual sensitivity distorts and complicates the detection of disease-related damage in large parts of the cerebral white matter, where the fibers are oriented in many different directions. To resolve this ambiguity, RWI has developed a novel methodology for diffusion tensor MRI using a proprietary software algorithm. RWI’s approach yields a microscopic FA (mFA) metric that is not affected by regional variations in white matter orientation.

Standard mean FA was not able to reveal any of these relationships between normal-appearing white matter microstructure and clinical, cognitive or structural measures.

“These findings are highly interesting, and I hope that this new diffusion MRI analysis will prove valuable in diagnosing and monitoring treatment of MS in the future,” commented Finn Sellebjerg, Professor of Neurology at the University of Copenhagen and head of the Danish Multiple Sclerosis Center. RWI is currently conducting multiple studies in Australia, China and the US at leading research institutions in collaboration with MRI vendors to assess how the software can be optimized clinically for various anatomies.

“We see this study as significant validation of our approach and are developing our protocol into a stand alone, post-processing software product to support scientists and radiologists in their research of the brain as well as other anatomies, such as breast and prostate. The software, once launched, could be integrated as an in-line clinical tool compatible with most clinical MRI machines,” said Peter Hoffmann-Fischer, Executive in Residence at Random Walk Imaging.