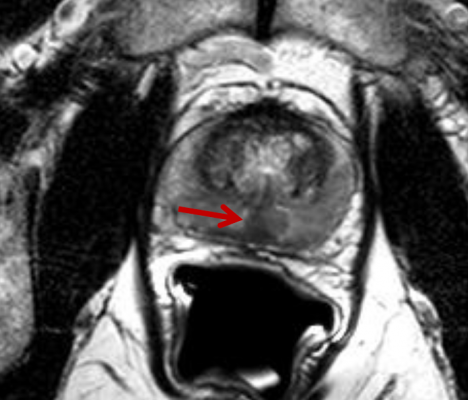 December 29, 2015 — A rigorous evaluation of survival rates has shown that cancer patients with localized prostate cancer — the most common form of prostate cancer — have a better chance of survival if treated by surgery than by radiotherapy. These findings hold true even after accounting for type of radiation and the aggressiveness of cancer. This is the most robust analysis (meta-analysis) to date of published literature comparing surgery and radiotherapy for localized prostate cancer. The study is published in the peer-reviewed journal, European Urology.[1]

According to senior author, Robert Nam (Odette Cancer Centre, Sunnybrook Research Institute, University of Toronto, Canada):
"In the past, studies that have compared the success rates of surgery or radiation have been confusing because of their methods. We have evaluated all the good-quality data comparing surgery and radiotherapy, and the results are pretty conclusive; in general, surgery results in better mortality rates than radiotherapy. Nevertheless, there are times when radiotherapy may be more appropriate than surgery, so it is important that a patient discusses treatment options with his clinician".
Localized prostate cancer — where the cancer is confined to the prostate — accounts for around 80 percent of prostate cancers. Around 400,000 men are diagnosed with prostate cancer each year in Europe, meaning that around 320,000 will suffer from localized prostate cancer.[2] The most common way of treating localized prostate cancers are either with radiotherapy, or with surgery. The choice of radiotherapy or surgery varies according to country. For example, in England and Wales, radiotherapy is used more often than surgery.[3]

The researchers conducted a meta-analysis that compared 19 studies including up to 118,830 patients who had undergone treatment with either surgery or radiation.

Ten of the studies also looked at overall mortality (where the cause of death was not necessarily from prostate cancer), and found that patients treated with radiation were about one and half times more likely to die sooner than patients who had surgery (HR 1.63, 95 percent confidence interval 1.54-1.73, p < 0.00001)
"Both treatment approaches should be discussed with patients prior to the start of therapy," said Nam. "The important thing about this research is that it gives physicians and patients additional, information to consider when making the decision about how to treat localized prostate cancer.

"This systematic review suggests that survival is better after surgery compared to various forms of radiotherapy,” said Professor Nicolas Mottet (St Étienne, France), chairman of the European Association of Urology Prostate Guideline Panel. “It deserves attention, as it is based on the best available data. However, definitive proof needs a large well-conducted randomized control trial, such as the upcoming PROTECT trial, which is due to report next year. So we certainly need to take this analysis into account, but it doesn't yet give us a definitive answer as to the best treatment. Although this paper should not change clinical practice, I agree with the authors, this analysis gives us important, additional information".