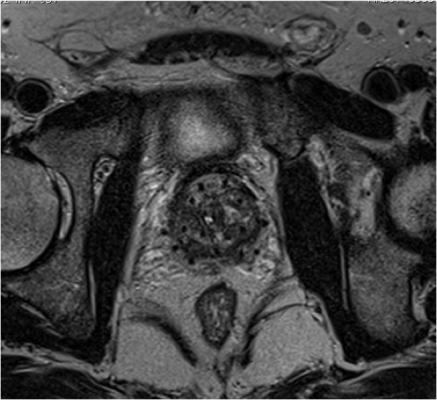 The study examined the patient-reported outcomes of 91 men with prostate cancer who received magnetic resonance imaging (MRI)-guided, vessel-sparing radiation at University of Michigan Providence Cancer Institute. The vessel-sparing radiation technique limits the amount of radiation to critical erectile tissues using MRI scans to identify the blood vessels responsible for erections. When radiation dose is limited to these critical structures, the risk of erectile dysfunction is lowered.

“In the past, men with prostate cancer expected to pay a high toll in loss of quality of life to achieve cure and were willing to accept that as necessary,” said lead study author Patrick W. McLaughlin, M.D., director of radiation oncology at University of Michigan Providence Cancer Institute in Novi, Mich. “This study makes it clear that even with combination radiation protocols, which are capable of curing the majority of prostate cancers more than 90 percent of the time, avoidance of critical adjacent tissues, such as vessel-sparing, makes cure and quality of life an achievable goal for many men.”