A Patient Every Seven Minutes and Incredibly Clear Images 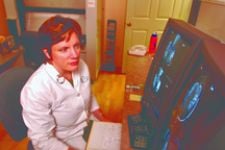 The Knoxville Comprehensive Breast Center (KCBC) in Knoxville, TN, was founded in 1983 for the sole purpose of improving the delivery of breast care. The materialization of this vision involves performing all the needed diagnostic breast studies in a single visit. This dedication to improved patient care has earned KCBC a solid reputation and an impressive patient return rate.
As part of this ongoing model of patient care, in the summer of 2004 KCBC replaced its on-site analog film mammography units with two Hologic Selenia digital mammography systems.
Kamilia Kozlowski, M.D. clinical breast radiologist, founder and CEO of KCBC, says that the decision to go with Selenia was an easy one. “As a radiologist, I always want state-of-the-art technology that provides clear diagnostic benefits for my patients,” she says. “For mammography, Selenia delivers the clearest images.”
Image is Everything
Dr. Kozlowski feels that the Selenia system is the state of the art because of the image quality it gives radiologists. “From the radiologists point of view, the images are incredibly clear, and the resolution is outstanding through their direct capture of the x-rays on their detector,” she said.
Kozlowski also points out that with Hologic’s Selenia systems, patients may actually receive a lower radiographic dose per visit than with analog studies. “The old wisdom said the only way to increase image resolution was to increase the radiographic dose…well, Selenia has proven that wrong.”
For Dr. Kozlowski, better images translate into better patient care. “We are now seeing microcalcifications sooner than with analog, which means even earlier detection of breast cancers,” she said.
Workload Solutions
In preparation for its busy fall season, KCBC added a third Selenia system in September of 2005. The seasonal increase in volume impacts the site every year as patients meet annual insurance deductibles and can visit the clinic for their breast care studies assured of coverage.
“We were so happy with the Selenia system,” says Andrew Gitschlag, administrator at KCBC, “we bought the third knowing it would help us handle the volume of work we do this time of year.” He adds, “I don’t think that we could have grown our practice the way we have without the Selenia systems.”
With the three Selenia systems now at the center, KCBC is easily handling its peak season, which sees 95 to 100 women per day for screenings and diagnostics.
Kelli Dees, RT(R)(M) says the improved workflow is substantial for her, especially at the busy time of year. “With the new digital systems, I can now do a full mammogram in about seven minutes,” adding, “Selenia has made it much easier for us to handle the volume of patients we need to handle without sacrificing patient care.”
Improving Diagnostics
Because KCBC’s model of care is comprehensive in scope and design, most of the studies performed are diagnostics, rather than screenings. Dees says that Selenia has greatly improved performance of diagnostic procedures such as magnification views, needle localizations and ductograms. The Hologic stereotactic biopsy table has also improved KCBC’s workflow. Dr. Kozlowski, having used different biopsy tables in the past, feels Hologic’s is at the top of the list. This is because Hologic’s biopsy table allows access to anywhere in the breast from all angles.
Selenia also offers a large detector and many paddle choices to more easily accommodate all the women within our community. “With Selenia – unlike some of the competitors’ products – large breasts can be done in one single image. No multiple images for a single view. It’s absolutely wonderful.”
“Hologic is simply the best out there,” concludes Gitschlag, “and from what I have seen, they will continue to be the best. We like Hologic products and service so much, we also bought their MultiCare Platinum breast biopsy table, Discovery bone density system, and SecurView Diagnostic Workstation.” 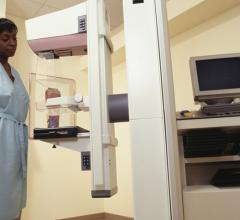 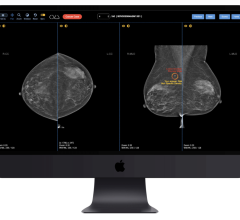 April 25, 2022 — Fostering global excellence in diagnostic accuracy, DetectedX and GE Healthcare have entered into an ... 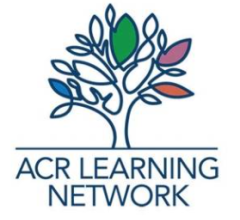 April 5, 2022 — The American College of Radiology (ACR) has selected 22 teams as the first cohort of the ACR Learning ... 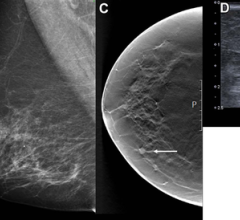 March 31, 2022 — A major new study in Radiology shows that artificial intelligence (AI) is a promising tool for breast ... 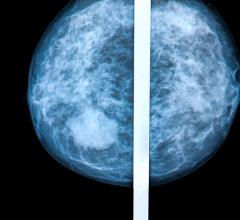