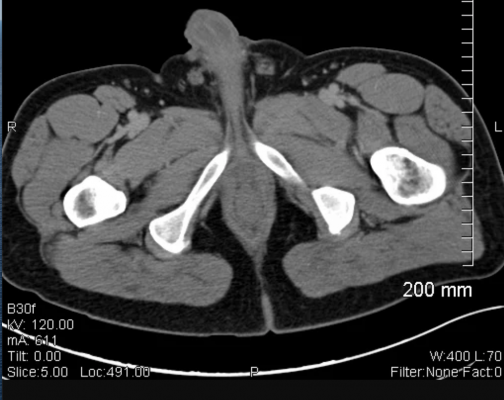 October 30, 2020 — Researchers involved in the phase II NRG Oncology RTOG 0526 trial studying low dose rate (LDR) prostate brachytherapy (BT) following local recurrence (LR) after external beam radiotherapy (EBRT) for patients with low-to-intermediate risk prostate cancer reported late Grade 3 gastrointestinal and genitourinary adverse events (AEs) occurring in 14% of trial participants. Results from a follow up of a minimum of 5-years of patients that participated on the trial suggest that 5-year freedom from biochemical failure (BF) stands at 68% and remains steady with the 10-year rate being 54%. This report was presented at the virtual edition of the American Society for Radiation Oncology's (ASTRO) Annual Meeting in October 2020.

"Low and intermediate risk prostate cancer typically recurs locally in 10-30% of men following EBRT. Prior to this study, most data available on salvage brachytherapy in prostate cancer was retrospective and stemmed from single-center studies with multiple variables regarding doses and technique. With such a high recurrence rate afflicting this patient population, it was crucial to expand data on this modality in a multicenter study with defined methods," stated Juanita M. Crook, M.D., FRCPC, of the Cancer Centre for the Southern Interior at the University of British Columbia and lead author of the NRG-RTOG 0526 abstract.

In order to be eligible for NRG-RTOG 0526, prostate cancer patients needed to have low or intermediate risk prostate cancer prior to EBRT in addition to having a proven LR thirty or more months following their EBRT. 92 patients were analyzed for the study and followed for a minimum of 5 years after their salvage brachytherapy. Participants on NRG-RTOG 0526 received a minimum dose of 140 Gy with I-125 or 120 G with Pd-103. Researchers followed clinical outcomes at 5 year or greater including objectives such as disease-specific survival, overall survival, time to biochemical failure, and patterns of recurrence.

As initially reported, 14% of participants experienced late Grade 3 gastrointestinal and genitourinary AEs at a median follow up of 6.9 years. The median prior EBRT dose was 74 Gy and the median interval since EBRT was received was 85 months. Androgen deprivation therapy was combined with salvage BT in only 16% of cases. The 5-year freedom from biochemical failure rate was 68%, which is comparable to other salvage modalities. At 10 years, the biochemical failure rate was 54% (95% CI: 43-66). Disease-free survival at 5 years was 61% but fell to 33% at 10 years. Nineteen patients died. Four patients had local recurrence (5% at 10 years), and 14 had distant failure with a 10-year rate of 19% (95% CI:10-29). None of the clinical or treatment factors was significantly associated with participants' overall survival, disease-free survival, or local, distant, or biochemical failure.