This novel agent, based on the essential nutrient manganese, has strong potential as a safer alternative to currently used contrast agents 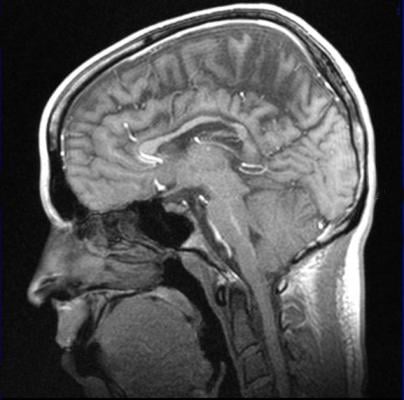 But this important diagnostic tool is often denied to patients with chronic kidney disease because all commercially available contrast agents are gadolinium-based contrast agents (GBCAs). Gadolinium, a heavy metal, is associated with the devastating condition nephrogenic systemic fibrosis that has been observed in renally impaired patients. Gadolinium from GBCAs is also retained in the brain, bones, skin and other organs, even in patients with normal kidney function.

Now, researchers at Massachusetts General Hospital (MGH) and Harvard Medical School (HMS) are developing an alternative MRI contrast agent based on manganese, an essential element in human nutrition -- found in nuts, legumes, seeds, leafy green vegetables and whole grains -- that is easily processed and eliminated by the body. Manganese has magnetic properties similar to those of gadolinium, but without gadolinium's toxicity.

Their work is described in a study published in the journal Investigative Radiology.

"This manganese-based contrast agent Mn-PyC3A does everything a GBCA would do," said Eric M. Gale, Ph.D., an investigator in Biomedical Engineering at MGH and assistant professor of Radiology at HMS, who is co-inventor of Mn-PyC3A.

"This is obviously important for patients with chronic kidney disease and other forms of renal insufficiency that might require careful risk/benefit analysis before undergoing a GBCA-enhanced MRI, but we can also envision giving Mn-PyC3A to any patient requiring a contrast-enhanced MRI," he said. "There are patients who require many GBCA-enhanced MRI examinations over the course of years for disease surveillance or screening."

Previous preclinical imaging studies demonstrated how Mn-PyC3A is diagnostically equivalent to a GBCA for visualization of blood vessels and tumors.

MRI contrast agents belong to a class of molecules called chelates in which a metal ion (charged particle) is wrapped up by an organic molecule in order to avoid patient exposure to the metal ion, which may deposit in tissues. In the case of manganese, it is very difficult to develop a chelate that binds the metal ion tightly without compromising the MRI-signal-generating properties of manganese. Mn-PyC3A was optimized to hold manganese very tightly and to generate MRI contrast as effectively as commercial GBCAs, Gale explained.

In their study, Gale and co-authors used simultaneous positron emission tomography and MRI (PET-MRI) to compare Mn-PyC3A against an older manganese-based contrast agent called Mn-DPDP, which is approved for use in liver imaging but is no longer marketed. The lead author of the study, Iris Yuwen Zhou, Ph,D,, who is an MGH researcher and instructor in Radiology at HMS, explained that labeling the manganese-based contrast agents with a positron-emitting isotope of manganese enabled the authors to use PET-MRI to "visualize how Mn-PyC3A and Mn-DPDP move about and are eliminated from the body in real time and then to identify and quantify trace levels of residual manganese hours and days after injection."

The PET-MRI data highlight key differences between Mn-PyC3A and Mn-DPDP. One key finding is that substantial amounts of residual manganese are identified in organs like the bone, salivary glands, liver and gastrointestinal tract after Mn-DPDP injection, whereas manganese injected as Mn-PyC3A is rapidly and completely eliminated from the body and does not accumulate in any tissue. Peter Caravan, Ph.D., who is co-inventor of Mn-PyC3A, co-director of the MGH Institute for Innovation in Imaging and professor of Radiology at HMS, pointed out: "PET-MRI spotlights major differences in manganese biodistribution between Mn-PyC3A and Mn-DPDP, and demonstrates how robust Mn-PyC3A is against releasing the manganese ion."

PET imaging showed that Mn-PyC3A is eliminated predominantly through the kidneys, but that a fraction is also eliminated through the liver and excreted into the feces. In order to understand how renal impairment could affect the body's ability to clear Mn-PyC3A, the authors also used PET-MRI to study Mn-PyC3A in a rat model of renal impairment. Their data demonstrate that Mn-PyC3A is also rapidly and efficiently eliminated from renally impaired rats, the major difference being that a greater fraction of Mn-PyC3A is cleared through the liver. "Clinical GBCAs are eliminated only through the kidney, and thus remain in renally impaired patients for longer periods resulting in increased gadolinium exposure. Our imaging data shows how for Mn-PyC3A, the liver compensates for diminished renal function and ensures rapid and complete elimination of Mn-PyC3A," said Zhou.

Lastly, the authors performed an experiment to quantify manganese and gadolinium retained in tissues seven days after an equal dose of Mn-PyC3A and gadoterate, the state-of-the-art GBCA with respect to tissue gadolinium retention, in renally impaired rats. The experiment showed significantly more efficient whole-body elimination of manganese, further underscoring how efficiently Mn-PyC3A is eliminated. 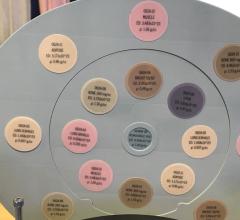 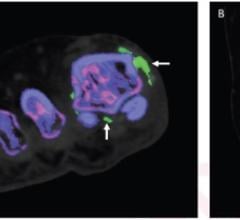 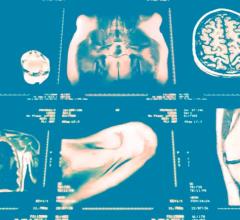 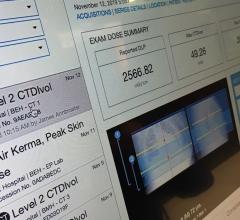