April 5, 2016 — The Focused Ultrasound Foundation has produced a video that demonstrates the potential of this new medical technology to revolutionize the treatment of many serious disorders. The short film captures the experience and insights of patients, international researchers, physicians, industry leaders and other supporters of this “breakthrough transformational approach.”

The video features the story of Rick – a patient who felt embarrassed and inadequate because of his tremor. Rick’s outlook was transformed following focused ultrasound treatment at the University of Maryland. The video shows his challenges with conducting simple tasks, chronicles his treatment and captures him drinking steadily from a glass of water just minutes after the procedure — for the first time since childhood. “Focused ultrasound can give someone a new lease on life,” he stated.

Other patients profiled include:

“Focused ultrasound treatment has given me back my life - it is a miracle,” said Parkinson’s patient Kimberly.

The 8-minute video also includes 15 experts talking about the potential of focused ultrasound from institutions like Stanford, the University of Virginia, Children’s National Medical Center and Sapienza University of Rome. Animation is used to demonstrate how beams of sound that harmlessly penetrate healthy tissue can be focused to treat a target deep in the body without incisions or other risks of traditional surgery. The therapy has the potential to transform treatment for a range of conditions, including Parkinson’s, Alzheimer’s, depression, pancreatic cancer, prostate cancer, hypertension and brain tumors.

Former National Cancer Institute (NCI) Director and Commissioner of the U.S. Food and Drug Administration (FDA) Andrew von Eschenbach, M.D., urges viewers to take action to support the technology. He closes the video with the statement, “Nothing happens in society unless people want it to. So when people stand up and say ‘we want this,’ then we will do it.” 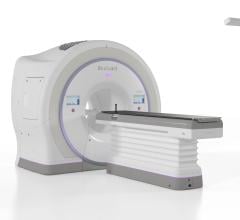