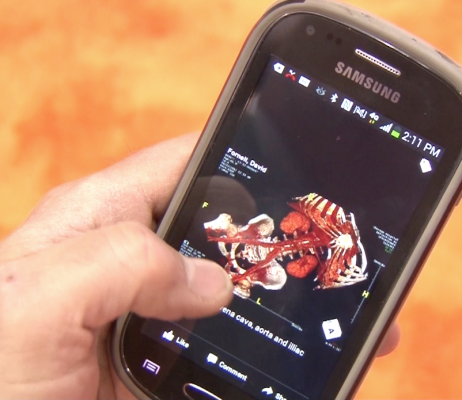 “A new study issued today found electronic medical records (EHRs) - as currently designed, implemented and regulated - lack usability as a necessary feature, resulting in EHRs that are extremely hard to use compared to other common technologies. Poor EHR usability was found to be highly correlated with physician burnout.

“While the study was conducted by leading clinical institutions in collaboration with the AMA, the findings will not come as a surprise to anyone who practices medicine. Too many physicians have experienced the demoralizing effects of cumbersome EHRs that interfere with providing first-rate medical care to patients.

“It is a national imperative to overhaul the design and use of EHRs and reframe the technology to focus primarily on its most critical function - helping physicians care for their patients. Significantly enhancing EHR usability is key and the AMA is working to ensure a new generation of EHRs are designed to prioritize time with patients, rather than overload physicians with type-and-click tasks.

“Through its ongoing work, the AMA is committed to help physicians and their practices thrive so they can continue to put patients first. Through our research, collaborations, advocacy and leadership, the AMA is working to make the patient‐physician relationship more valued than paperwork, preventive care the focus of the future, technology an asset and not a burden, and physician burnout a thing of the past.”

Editor’s Note: AMA-led research has found that high volumes of data entry tasks associated with EHRs are among the major factors that drive alarming levels of physician dissatisfaction, attrition and depression, as well as a national burnout rate of about 44 percent, much higher than other workers. Responding to the urgent physician need for better designed EHR systems, the AMA continues to advance a framework of eight priorities for improving the configuration and usability of EHR technology. The AMA framework is a guide for greater collaboration between vendors, information technology purchasers and physicians that is needed to prioritize the user experience and reduce the number of clicks, scrolls and screen changes within the EHR that takes time from patients. Physicians can also turn to the AMA’s STEPS Forward modules for resources with proven optimization strategies to maximize the benefits and minimize the burdens of the EHR.