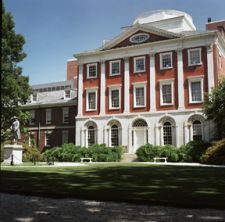 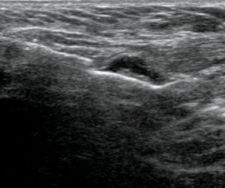 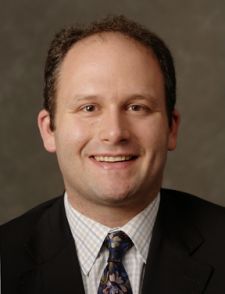 Pre-operative sampling of suspicious lymph nodes in the axilla has historically been very difficult. This area is highly vascular and many physicians do not feel comfortable acquiring tissue in this region. Fine needle aspiration under ultrasound-guidance is one method for acquiring tissue in the axilla; however this method is heavily dependent on the physician’s technique and level of experience. Current spring-loaded core devices on the market are not practical for use in the axilla, as the true depth post-fire is unknown. It is imperative that the physician have control over the placement of the device to ensure that the nerve or vascular area is avoided.
In my practice, I am currently using a Hologic device, the Suros Celero, for the majority of my ultrasound-guided biopsies. The Celero is a 12-gauge hand-held, fully disposable device that is ideal for sampling in the axilla. The device is unique in that it operates with the ease of a spring-loaded core device, while utilizing vacuum-assisted technology to hold the tissue in place during acquisition. Whereas a typical spring-loaded core device would require four to six cores, I feel comfortable taking only two cores with the Celero. The ability to pre-fire the inner cannula and the device’s highly echogenic aperture makes me confident that I am sampling the area of suspicion while avoiding major vascular areas. The rigid design and trocar tip of the Celero also makes it very easy to traverse even the most dense breast tissue.
While the Celero can be used to biopsy masses in any part of the breast, I believe it is most useful in the biopsy of axillary lymph nodes. I recently had a case in which I biopsied an ill-defined (lobular carcinoma) mass within the breast using the Suros ATEC 9-gauge vacuum-assisted needle. Subsequent ultrasound of the axilla revealed a prominent lymph node on that side and rather than use the ATEC, I opted for the Celero. Those who prefer fine needle aspiration often believe that one should sample from multiple areas of a lymph node and avoid the vascular hilus. However, vacuum-assisted devices can make this difficult to achieve. With the Celero, I can easily sample from two or three areas within the same lymph node and clearly avoid the vascular regions. The Celero provides greater control, a smaller needle, and encompasses the best of both worlds — vacuum-assisted true cut technology with multiple insertions.
Perhaps more importantly, the Celero provides a biopsy solution for cases in which no other device is sufficient. This will prevent patients from having to undergo unnecessary surgery. I treated a patient who, after a TRAM flap reconstruction following mastectomy, went for a diagnostic MRI that showed a concerning region near the vascular pedicle. Performing biopsies near this region is very difficult, as the physician must be sure to avoid the pedicle. A second-look ultrasound revealed the same area of triangular tissue, so I biopsied the mass using the Celero with the inner cannula in the pre-fire mode. Though a small amount of bleeding occurred, I was able to avoid the vascular pedicle. The result came back from pathology as fat necrosis. Without the control provided by the Celero, the patient would have otherwise gone to surgery.
The design of the Celero also helps reduce the amount of trauma to the skin, providing patients with optimal cosmetic results. The traditional standard has been to make a skin nick with an 11-blade scalpel prior to inserting the biopsy device. However, the sharpness of the Celero trocar allows physicians to insert the device directly into the breast without a skin nick, a technique I would not attempt with any other device. I have achieved superior cosmetic results using the Celero on my patients.
The Hologic device is one of a kind when it comes to sampling axillary lymph nodes. With the ability to pre-fire the inner cannula, I am able to control exactly where my needle goes, thereby ensuring a safe and comfortable experience for the patient.
For physicians, I believe the device takes the guesswork out of performing biopsies in this sensitive region. It is my hope that the Celero device will enable physicians who are not currently performing pre-operative axillary lymph node biopsies to increase their comfort level with this procedure, as it can be a benefit to both the physician and patient.
* Hologic, Celero, ATEC, Suros and Suros Celero are trademarks and/or registered trademarks of Hologic, Inc. and/or its subsidiaries in the United States and/or other countries. 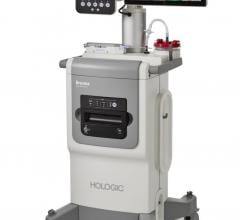 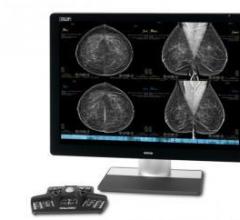 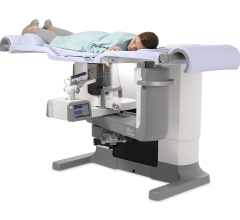 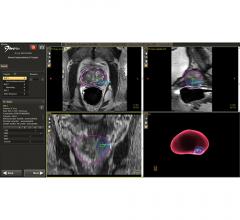 News | Prostate Cancer | August 20, 2019
Improved Imaging Technique Could Increase Chances of Prostate Cancer Survival
According to the American Cancer Society, approximately one in nine men will be diagnosed with prostate cancer in their...
read more 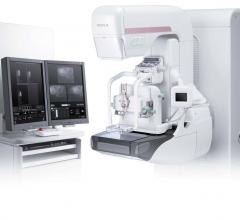 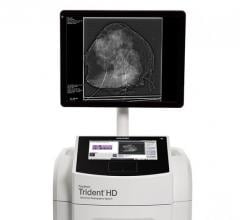 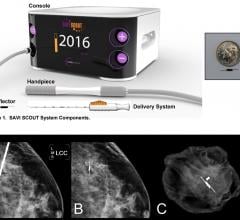 The Cianna Medical Savi Scout Radar Localization system, showing the console, detector and the marker, with a size comparison and X-ray images inside breast tissue. For more information on the learning curve of its use http://sabcs16.posterview.com/nosl/p/P1-11-06.

Feature | Breast Imaging | April 24, 2019 | By Greg Freiherr
Productivity and Patient Benefits May Come From Wire-free Lumpectomy
Wires have traditionally been placed prior to lumpectomy to mark cancerous tissues in the breast.
read more