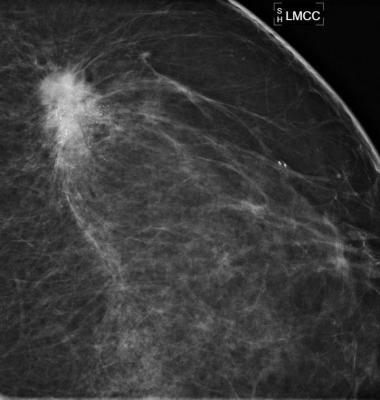 In the presentation entitled, “Performance of Tc-99m tilmanocept when used alone is as or more effective in localizing sentinel nodes than sulfur colloid plus blue dye,” Jonathan Unkart and Anne Wallace, M.D., Department of Surgery at the University of California San Diego (UCSD), described a retrospective evaluation of the rate of localization of Lymphoseek when used alone compared to sulfur colloid (SC), blue dye (BD) and SC plus BD. The study included results from 148 breast cancer patients evaluated in two, prospective Phase 3 Lymphoseek clinical trials (data published in Annals of Surgical Oncology 2013). SC and BD data was derived from a literature search presented at SNMMI 2013 Annual Meeting including treatment groups of 17,814 SC alone, 12,821 BD alone and 19,627 SC+BD patients.

The second presentation, “Use of lymphoscintigraphy with Tc-99m tilmanocept does not affect the number of nodes removed during sentinel node biopsy (SLNB) in breast cancer,” also presented by Unkart, showed data from a retrospective review evaluating whether there is a difference in the number of nodes removed using Lymphoseek during SLNB in patients who had a pre-operative imaging procedure called lymphoscintigraphy prior to SLNB versus those who only had intra-operative sentinel node (SN) identification. The results indicate that in breast cancer, identification and removal of SNs using lymphoscintigraphy (3.0 SNs) did not significantly alter the number of SLNs removed during a SLNB procedure with no imaging (2.7 SNs).

Lymphoseek’s selective-targeting performance characteristic enables the utilization of only a single dose of Lymphoseek per patient irrespective of whether both lymphoscintigraphy and SLNB are performed. The authors concluded that by using Lymphoseek, lymphoscintigraphy imaging procedures may be eliminated in this patient population and may reduce health care cost without impacting patient outcomes.