April 27, 2015 — A magnetic resonance imaging (MRI)-based screening program for individuals at high risk of pancreatic cancer identified pancreatic lesions in 40 percent of patients, according to a report published online by JAMA Surgery.

Pancreatic cancer is a leading cause of cancer death and can be considered a global lethal disease because incidence and mortality rates are nearly identical. Although treatment has improved, the surgery rate in patients with ductal adenocarcinoma is around 30 percent and the five-year survival rate is less than 20 percent. In about 10 percent of all patients with pancreatic cancer, it is possible to find a family history, according to the study background.

The study included 40 patients (24 women and 16 men with an average age of nearly 50). In 38 of the patients, increased risk of the disease was based on family history of pancreatic cancer. BRCA2, BRCA1 and p16 gene mutations were identified in some patients. The average study follow-up was 12. 9 months, with MRI screening repeated after one year if the initial screen was negative or at six months if there were unspecific findings or findings that did not indicate surgery.

"An MRI-based protocol for the surveillance of individuals at risk for developing pancreatic cancer seems to detect cancer or premalignant lesions with good accuracy. The exclusive use of MRI can reduce costs, increase availability and guarantee the safety of the individuals under surveillance compared with protocols that are based on more aggressive methods. However, because of the small number of patients and the divergent results, this study did not allow evaluation of the efficacy of MRI as a single screening modality," the study concluded.

In a related commentary, Mark S. Talamonti, M.D., of the NorthShore University HealthSystem, Evanston, Ill., wrote: "Pancreatic cancer is diagnosed in only 10 percent of patients with syndromic risk factors or a family history of pancreatic cancer. The other 90 percent are considered sporadic cancers with no currently known risk factors. And that is the real challenge for the future of early detection of pancreatic cancer. In current clinical practice, no biomarkers exist for diagnosing early-stage disease. Population screening with radiographic imaging or endoscopic procedures makes no clinical or economic sense for a cancer that represent only 3 percent of estimated new cancers each year; however, with an aging population, this most formidable of human cancers will only increase in incidence and frequency. There is a clear and unequivocal need for affordable screening strategies based on reliable biomarkers and efficient imaging modalities." 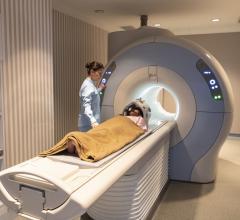 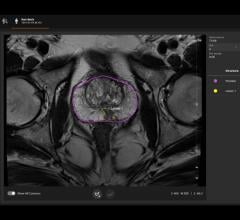