Study finds that while increased dose reduces PSA, overall survival and instances of metastases do not improve 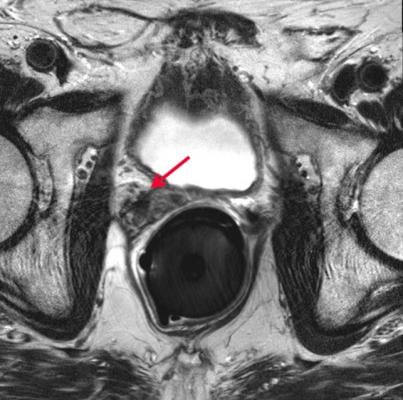 March 31, 2016 — New technology has enabled doctors to administer higher doses of radiation to prostate cancer patients with fewer side effects. However, a new study shows that escalating the dose may not actually help a patient in the long term, at least not patients with localized prostate cancer. The results were published online last week in the American Journal of Clinical Oncology.

"In the field of radiation oncology, we often assume that the highest dose that the body can tolerate will be most effective at killing cancer," said Robert Den, M.D., a researcher at the Sidney Kimmel Cancer Center at Thomas Jefferson University and senior author on the paper. "Our results argue that this may not be the case, at least not with lower-risk prostate cancer patients."

Den — an associate professor of radiation oncology, cancer biology and urology at Jefferson — and colleagues analyzed data from 12 randomized controlled trials of external beam radiation treatment for men with non-metastatic prostate cancer, which included a total of 6,884 patients. By pooling data from multiple clinical trials, the researchers were able to see trends that would not have been apparent in the individual studies.

Rather than use the typical proxy for patient improvement, the prostate cancer antigen (PSA) test, the researchers looked at long-term outcomes such as the development of metastatic cancer and death from cancer. They found that while PSA levels decreased as patients received higher doses of radiation, the overall survival and incidence of metastases, among other measures, did not improve.

"It's important to check our assumptions," said Adam Dicker, chair of radiation oncology at the Sidney Kimmel Medical College of Thomas Jefferson University. "This study suggests that our reliance on the PSA test as a proxy for patient outcomes may not as useful as many researchers thought, which has broad implications for the design of future clinical trials and the interpretation of current and previous studies."

Den’s study also demonstrated that increasing dose was not associated with worse treatment toxicity, suggesting that current practices are safe.

“These data suggest that other therapies may be needed with radiation to increase survival,” said Den.

The authors report no conflicts of interest.