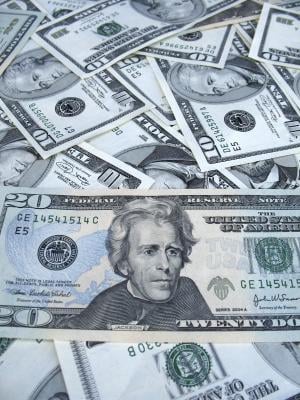 September 27, 2017 — A new study finds Medicaid expansion enacted as part of the Patient Protection and Affordable Care Act (ACA) improved care coverage for cancer patients receiving radiation therapy and potentially decreased healthcare disparities. Analysis of more than 197,000 patient records from one of the nation’s largest cancer registries, which found that the uninsured rate for these vulnerable patients dropped by half in states that fully expanded their Medicaid programs, was presented at the American Society for Radiation Oncology’s (ASTRO’s) 59th Annual Meeting, Sept. 24-27 in San Diego.

“Uninsured cancer patients are more likely to go without needed care and treatment, such as radiation therapy or surgery to remove tumors,” said Fumiko Chino, M.D., lead author of the study and a radiation oncology resident at the Duke University School of Medicine in Durham, N.C. “We conducted a study looking at insurance patterns before and after Medicaid expansion and found that un-insurance rates dropped significantly following expansion. The program appears to have improved access and decreased healthcare disparities in cancer patients receiving radiation therapy, with the greatest benefits seen among vulnerable individuals living in the highest poverty areas.”

Findings are based on an analysis of 197,290 records from the National Cancer Institute’s Surveillance, Epidemiology and End Results (SEER) database, including all patients ages 18 to 64 (median age 55) who were newly diagnosed with cancer between 2011 and 2014 and received radiation therapy as part of their treatment. Researchers compared insurance rates between patients in states that fully expanded their Medicaid programs under the ACA with those in states that did not expand their Medicaid programs. Nearly three-fourths (73 percent) of the patients lived in states with fully expanded Medicaid programs.

The number of uninsured cancer patients dropped in both expanded and non-expanded states from 2011 to 2014, but expansion states experienced a steeper decline. In expanded states, the uninsured rate declined a relative 52 percent, from 4.4 to 2.1 percent while Medicaid enrollment rose from 15.2 to 18 percent (p < 0.0001). In non-expansion states, the uninsured rate dropped a relative five percent (8.4 to 8 percent), with an increase in non-Medicaid insurance (75.7 to 77.1 percent) and decrease in Medicaid enrollment (15.9 to 14.9 percent) (p < 0.0001).

“This study is part of a developing body of research to quantify healthcare delivery changes under the ACA. The debate over healthcare reform is ongoing; our findings indicate that Medicaid expansion was effective at decreasing disparities and improving access to care for cancer patients receiving radiation. We now are assessing if these insurance changes translate to differences in patient survival,” said Chino.