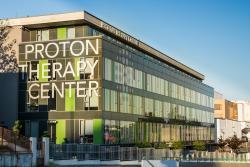 April 21, 2015 — The Proton Therapy Center in the Czech Republic treated its first Irish patient for prostate cancer beginning in mid-March.

The PTC is well known to the U.K. audience thanks to the story of the British boy Ashya King. Ashya’s parents chose Prague for his brain tumor treatment to ensure the lowest possible side effects.

But from the U.K. it is mostly men in their fifties and sixties who come for the proton beam therapy in Prague. That's because proton therapy is highly beneficial for the major male problem of prostate cancer.

John is 64. His family and background is in Ireland and he often still returns to his home country. He came to the U.K. to work, for more than 25 years, for the military forces.

"I was on active surveillance for 18 months back home but felt like I was awaiting something to happen“, said John, describing his feelings of uncertainty. "At that time, I came across the stories of British patients treated in Prague and sat down to read PTC websites and watch the great videos of the center, located in a city I always wanted to visit. Of course there was also the story of Ashya King in the British media. “

John did not hesitate and decided for himself. "I just rang the head nurse of my urologist and announced that I was going for proton therapy. I got a message that the urologist was fine with that." Getting all the medical reports took a bit longer than he had imagined – it was Christmas time. "Once I had my folder I sent it to PTC. There the patient manager called Lucie immediately got in touch. She was very supportive and in constant touch. “

John had never visited Prague although he had always wanted to. He and his wife were impressed. "I liked [the] center from day one”, he said. That was when he came for his first consultation and planning of computed tomography (CT) and magnetic resonance imaging (MRI) scans. Then he went back to the U.K. to get some things sorted and came back in mid-March to start his five sessions of treatment.

It consisted of five fractions only – a major advantage of proton beam therapy which enables higher doses onto the tumor, increasing the efficiency and minimizing the unwanted dose around the tumor. “In early stage cases of prostate cancer, PTC Czech has 97 percent curability and the data corresponds to the world clinical studies on proton therapy,” added Jiri Kubes, M.D., PTC medical director. This is also strengthened by the use of golden seeds – golden markers which help to target the beam even more precisely. These golden pellets are applied directly at PTC.