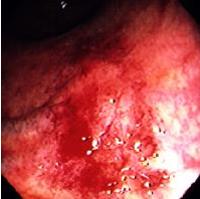 August 2, 2011 – The first two contracts for advanced development of drugs to treat gastrointestinal (GI) tract injuries associated with acute radiation syndrome were awarded today by the U.S. Department of Health and Human Services’ Biomedical Advanced Research and Development Authority (BARDA). Many of the products BARDA is developing may find uses outside emergency medicine, such as treating complications that arise during radiation therapy for cancer.

The contracts are part of an ongoing effort to develop diagnostic tools and drugs to protect health and save lives in a radiological or nuclear emergency such as a nuclear bomb or improvised nuclear device. When the GI tract is exposed to high levels of radiation, it becomes inflamed, and the drugs being studied under these contracts may prevent or decrease that inflammation.

“Radiation injury to the GI tract is highly debilitating and potentially lethal,” said BARDA Director Robin Robinson, M.D. “The early-stage results with these two anti-inflammatory agents are very encouraging, and the additional studies we’re funding will determine whether these drugs have real promise as radiation countermeasures. Our ultimate goal is to develop safe and effective human therapeutics that could be used against acute radiation syndrome.”

Under a two-year, $2 million contract, Apogee Biotechnology Corp. of Hummelstown, Penn., will conduct preliminary studies of a drug known as ABC294640 to evaluate the drug’s efficacy in reducing gastrointestinal injury caused by radiation exposure. The drug works by inhibiting an enzyme called sphingosine kinase. ABC294640 has anti-inflammatory properties and can be taken orally.

Both contracts fund studies to show if the drugs are effective when administered 24 or more hours after radiation exposure. The studies are the next step in the drug development process and are needed before proceeding to clinical trials and pivotal efficacy studies.

Recognizing that health care providers will need a variety of effective ways to identify and treat the wide range of illnesses and injuries that can be caused by radiological and nuclear incidents, BARDA maintains a robust portfolio of advanced development projects focused on treating radiation-induced bone marrow, lung and skin injuries. BARDA also supports development of medicines to treat radiation-combined injury, in which radiation is combined with burns, blast injury or other trauma. Radiation-combined injury may occur in a nuclear denotation.

BARDA is seeking additional proposals for products that potentially could treat illness and injury from acute radiation syndrome, as well as improved diagnostic tools to measure the radiation dose a person has absorbed after a nuclear detonation or radiation accident. Proposals are accepted through the Broad Agency Announcement BARDA-CBRN-BAA-11-100-SOL-00009 at www.fbo.gov.

BARDA, an agency within the Health and Human Services Office of the Assistant Secretary for Preparedness and Response, provides a comprehensive integrated portfolio approach to the advanced research and development, innovation, acquisition and manufacturing infrastructure for vaccines, drugs, therapeutics, diagnostic tools and non-pharmaceutical products for public health emergency threats. These threats include chemical, biological, radiological and nuclear threats; pandemic influenza; and emerging infectious diseases.