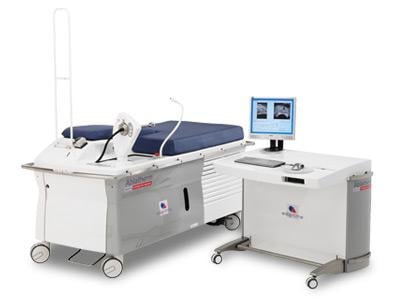 The FDA conducted an administrative acceptance review of EDAP's PMA application and found it to contain all of the necessary elements and information needed to proceed with filing review. Based on the FDA PMA review process, the administrative acceptance review is the first step in the multistep process, and the next step is the filing review. Both of these reviews access the completeness of the application and not the clinical outcomes of the study, which begins after a positive filing review.

"We are pleased to continue to move through the PMA review process for the application submitted for Ablatherm integrated imaging HIFU PMA. We look forward to keeping investors informed as we continue to advance through the FDA process," said Marc Oczachowski, CEO of EDAP TMS.

Ablatherm HIFU is an ultrasound-guided device for the treatment of organ-confined prostate cancer. The device consists of a treatment module, a control table with a computer and a computer screen, and a diagnostic ultrasound device connected to the treatment module. After insertion of an endorectal probe, the physician visualizes the prostate and defines the area to be treated. The computer automatically calculates the optimum treatment distribution of lesions. During the treatment, the transducer automatically moves and fires at each predefined lesion until the entire area has been treated, while controlling and imaging the treatment in real time due to its integrated imaging system. Cell destruction by HIFU is accomplished by a combination of thermal and cavitation effects caused by focused application of piezoelectric-generated high-intensity ultrasound. The procedure is performed under general or spinal anesthesia.

Ablatherm HIFU is cleared for distribution in the European Union, South Korea, Canada, Australia, South Africa, New Zealand, the Philippines, Taiwan, Mexico, Argentina, Brazil and Russia. As of Dec. 31, 2012, more than 32,000 prostate cancer treatments have been successfully performed clinically outside the United States with Ablatherm HIFU, and results have been published in 60 peer-reviewed scientific publications.