Decrease in Prostate Cancer Diagnoses Due to Pandemic

During the study period in 2020, 36% fewer PCa cases were registered in NPCR compared with the corresponding time period in previous years 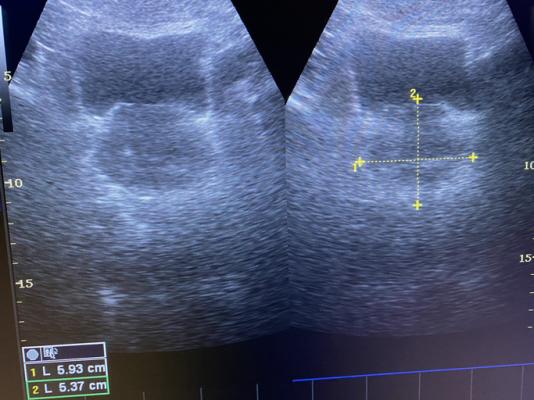 April 30, 2021 — During the first wave of the corona pandemic, 36 percent fewer men were diagnosed with prostate cancer in Sweden than in previous years. On the other hand, the number of patients receiving curative treatment for prostate cancer was unaffected. This is shown by a new register study led by Uppsala University researchers, whose results are published in the Scandinavian Journal of Urology.

"We think the number of cases diagnosed fell because, early on, the Public Health Agency of Sweden urged older people to minimise their social contacts and, by the same token, refrain from non-urgent health care. At the same time, the working group for the Swedish guidelines for prostate cancer care recommended that only men with prostate cancer symptoms should seek medical attention. The results of the study indicate that the recommendations were heeded," said Pär Stattin, Professor of Urology at Uppsala University and register holder for the National Prostate Cancer Register (NCPR).

The study is based on data from NCPR, which contains particulars for 98 per cent of the approximately 10,000 men annually diagnosed with prostate cancer in Sweden. Also included in this register are detailed accounts of cancer characteristics and the primary treatment.

When the researchers compared the period of the first pandemic wave, March-June 2020, with the corresponding months in the years 2017-19, they found that a marked decrease in the number of registered prostate cancer cases had taken place in spring 2020. Most pronounced, 51 per cent, was the fall among men aged 75 and over. In men below the age of 70, the corresponding figure was 28 per cent. Preliminary, as yet unpublished data from autumn 2020 show that the number of cases declined less markedly during the second pandemic wave than in the first.

"The effect this decline will have on the prognosis for men whose cancer was not diagnosed in 2020 now depends partly on whether the health care services get a chance to 'catch up' in diagnosing them. Since most prostate cancer progresses slowly, it's reasonable to believe that some delay will have only a minor effect," Stattin said.

Simultaneously, the study shows that no change took place in the number of men who underwent surgery for their cancer. This can be explained partly by the fact that it was possible to shorten waiting lists for care when fewer diagnoses were made. The number of men being given curatively intended radiation treatment was as much as 32 per cent higher than in previous years. According to the researchers, this reflects a continuation of the upward trend in recent years, in which radiation therapy has been increasingly used in prostate cancer, in particular locally advanced cancer.

"Our study suggests that Swedish health care prioritized cancer treatment during the pandemic, and that prostate cancer care in this country was less affected than was reportedly the case in other European countries," Stattin said.