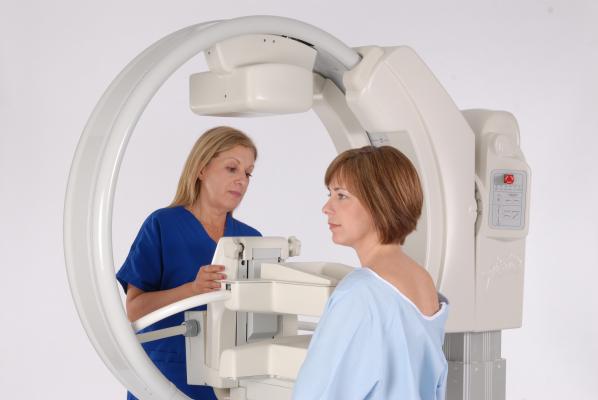 August 2, 2016 — A retrospective study in American Journal of Roentgenology (AJR) August issue confirmed Gamma Medica’s molecular breast imaging (MBI) technology’s high incremental cancer detection rate of 7.7 cancers per thousand and overall clinical effectiveness as a secondary screening tool in finding 13 malignancies among 1,696 women with dense breast tissue following mammograms that read negative for cancer.[1] Approximately 85 percent of these cancers were confirmed to be node negative (with 7.6 percent being confirmed node positive, and 7.6 percent being unknown), indicating they were detected at an early stage and therefore presented a better prognosis.

“This study offers practice-based, clinical proof that for women with dense breast tissue – roughly half the female population in the United States alone – MBI is a powerful tool that finds cancer where a mammogram alone can miss it,” said Robin Shermis, M.D., one of the study’s authors and the medical director at the ProMedica Breast Care Center, Toledo, Ohio, where the research took place. The community-based study used data from routine clinical practice at the facility from 2011 to 2014, focusing on women with aged 25-90 with heterogeneously and extremely dense breast tissue.

“Following up a mammogram with MBI enables detection of an additional 7.7 cancers per 1000 women screened. It’s also safe and easy to use, delivers almost instantaneous results and is fits perfectly within our workflow,” Shermis said.

For women with dense breast tissue, sensitivity of standardized anatomical screening technology drops significantly (from 85 to 65 percent), making it insufficient to reliably detect cancerous tumors.[2] Meanwhile, these women are up to two times more likely to develop breast cancer. Shermis’s patient at ProMedica, Dianne Anderson, read negative for cancer during her mammogram, but because she had dense breast tissue, Shermis recommended she try MBI3. The MBI showed she had breast cancer, which she has successfully overcome thanks to early detection and multiple treatments.

“Without MBI, I would have no idea I had breast cancer, because my mammogram said I was cancer-free,” Anderson said. “Had I not undergone that MBI after my mammogram, I truly believe I would’ve been in a much more serious stage of cancer. I’m just so thankful MBI was there.”

“This new study in the AJR provides further evidence that women with dense breast tissue have more comfortable and less stressful alternatives to standardized secondary screening studies. These recent clinical results suggest there is a real alternative to the risk of misdiagnosis and unnecessary biopsies. Our recently launched Be Certain campaign offers more clinical information to a large population of underserved patients,” said Phil Croxford, Gamma Medica’s CEO, pointing to the need to confront the 40,000 deaths at the hands of breast cancer each year.

The AJR study serves as a follow-up to the Mayo Clinic’s prospective, blinded study that was published in the AJR last year that showed MBI yields superior imaging to a mammogram and low-radiation exposure comparable to that of a mammogram, and that MBI also:
•    Increases breast cancer detection rates by 400 percent.4
•    Decreases the cost per cancer detected by 15 percent compared to mammogram alone.5
•    Reduces biopsies by 50 percent compared to other modalities.6
•    Is far more comfortable than a mammogram and other adjunct breast screening technologies.

“This new AJR study shows that what we learned from the Mayo Clinic and AJR studies last year really holds true in a large, routine, community based clinical practice in the real world,” Shermis said. “MBI delivers on its promise and is critical to serving the need of a vast patient population to be certain about their breast health.”

Read the article, “The Benefits of Molecular Breast Imaging.”