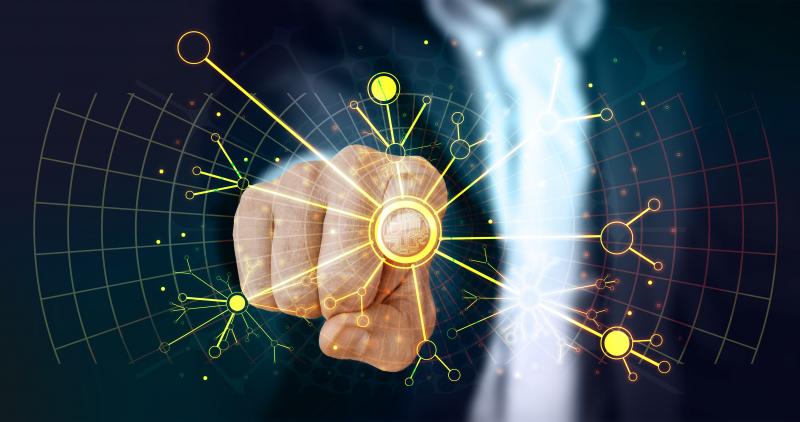 It is not surprising that pressure is mounting for medical providers to improve the care outcomes of their patients. Also unsurprising is that these same providers are being pressured to do so while keeping a lid on expenses.

The tools for doing so are at hand. They can be found in software built on artificial intelligence (AI), AI analytics and professional services that vendors now have or are developing — a combination that providers desperately need. These are being bundled under the umbrella of enterprise imaging (EI).

The Future is Teamwork

One reason is that often enterprise imaging installations have been based on legacy frameworks. These have been built to support multi-site PACS (picture archiving and communication systems) with the goal of protecting institutions’ sizeable investments. Unfortunately the interfaces connecting many different PACS have, in many cases, not been up to their tasks.

And this incompatibility has not been constrained just to PACS. It has extended to ill-fitted third-party products, including some “universal” viewers, if they weren’t as universal as hoped, and “vendor neutral” archives, if they weren’t vendor neutral enough. These have added friction when they were meant to reduce it.

How To Make EI Work

Some vendors are turning increasingly to standards-based development, and to put information technology (IT) soldiers and leaders who know how to get jobs done and to work as teams in doing them. Succinctly put, these advisors are helping to develop interfaces that generally work, as well as coming up with ones that work when the standards don’t. What really matters is that vendors are bundling enterprise imaging technologies (often with AI) and people who know how to work with them. Importantly, those people have the expertise to overcome challenges.

This is a far cry from the days when engineers built “best of breed” systems from proprietary technologies, then threw them over the proverbial walls to vendors’ marketing departments that made promises that (by some magic) were supposed to work perfectly right out of the box. Contributing to the problem were market forces that led to the mass adoption of electronic medical record (EMR) systems and the rapid merger of healthcare providers. Too often the networks that resulted from these mergers were comprised of technologies that did not work well together.

Left holding the bag have been providers who sought — possibly unknowingly, at least initially — to make inherently different technologies work together, typically at the expense of enormous energy and money and, sadly, when both were in short supply.

What is happening now, however, is a more measured approach based on forward planning. Some providers, with the assistance of vendors, are focusing on “pain points.” These may involve point-of-care ultrasound, where sonography is performed to answer a specific question about a patient. Or they may involve dermatology and the use of digital cameras or smartphones to capture optical images. Alternatively they may involve surgery where operating room procedures are recorded digitally. In the future, these pain points may expand further with the use of such consumer electronics as smart watches that record heart rhythms — or an app or other technology as yet unrecognized.

What each of these pain points have in common is that the technology, often involving AI, is used for the benefit of patients. Revenue is a secondary consideration, if it is considered at all. But, pressed for new revenue streams, institutions wisely are now looking for ways to document the use of these technologies. That is evident in point-of-care ultrasound in the emergency room and at the patient bedside.

Consequently, these pain points may serve as “ground zeroes” for the development of miniature enterprise imaging installations — points from which the performance of sonography, for example, is documented for reimbursement. In the bigger picture of enterprise imaging, these points may serve as the beginnings for networks that link multiple departments — for example, the ED, cardiology and billing — generating revenues that offer an immediate return on investment as they prove the underlying concept of enterprise imaging and create added revenue that might be plowed into network extensions.

Like seedlings in a hothouse, these fledgling networks might grow and reach their potential only through the attentive efforts of caretakers. This is where well-trained staff come in.

Technologies — even ones with AI — will not be enough. Highly trained and knowledgeable people must be included. Their experience making these technologies work may lead to design improvements and more easily used technologies. This new generation of technologies will be crafted by people for people. It will develop with two goals in mind: to benefit patients, and to make the practice of medicine more efficient.

Patient benefit has been the driving force behind the evolution of medical technology and healthcare’s repurposing of consumer electronics. But as value-based medicine takes hold, patient benefit will not be enough. Efficiency will be a critically important driving force, whether it is realized through the capture of revenue previously lost, or through efficiencies that make medical practice easier to do. It has not been surprising that patient benefit has often been embedded in efficiency.

Take, for example, the potential of natural language processing — specifically how smart algorithms, embedded in NLP, might capture the conversations of physicians and patients, and how these algorithms might extract and insert patient data into the EMR. Not only would such an NLP-based system streamline interactions between physician and patient, it would dramatically reduce, even eliminate, the barrier imposed by technology itself, namely data entry into EMRs. In so doing it would help physicians and patients to bond, as it provides increased time for physicians to do so.

Such scenarios underscore the potential of artificial intelligence to improve the practice of healthcare. Assisting rather than replacing physicians, AI would streamline providers’ efforts, and make staff’s professional lives easier and more productive. NLP could use smart algorithms to understand what physicians and patients are saying, just as other such algorithms might structure and appropriately archive data captured at point-of-care ultrasound and digital images.

A transformation as far reaching as this will not come suddenly. But it will happen, if the current direction persists. The change from film to digital imaging took more than a decade. Preceding it were stop-gap technologies, such as film digitizers, which have since faded into the background.

Today, digital technology is everywhere. One day the same will be true for enterprise imaging — the coming transformation of medical care.

Artificial Intelligence 2018: What Radiologists Need to Know About AI