BLOG: How Artificial Intelligence Can Help In Image Transmission of Images 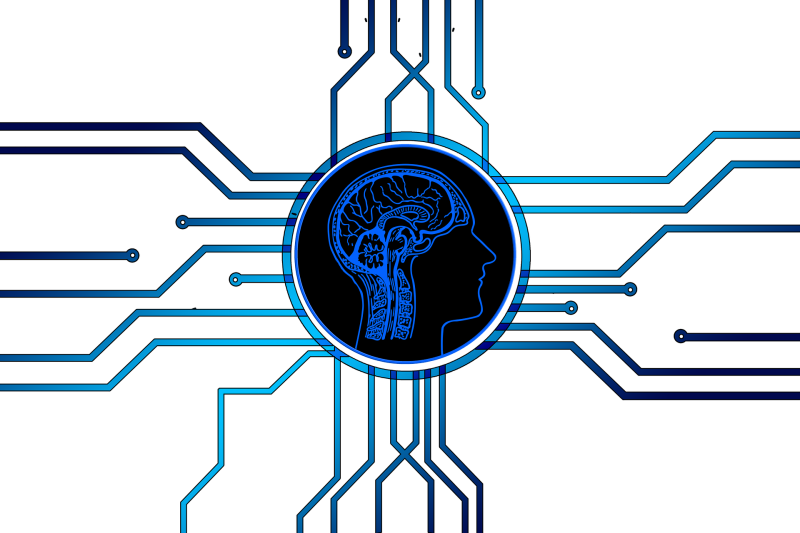 Artificial intelligence may be important not only to get image sharing technologies to work together – but to make sense of the clinical data.

Huge volumes of genomic and proteomic data, as well as clinical images – both past and present images – comprise a huge quantity of clinical data. Artificial intelligence is needed for people to use this mountain of clinical data effectively, said Morris Panner, CEO of Ambra Health, an advocate and provider of electronic solutions for sharing patient information.

“AI doesn’t have judgment. But it does have the ability to categorize and curate data,” Panner said. “One benefit of having more and more compute power is being able to look at clinical problems – to use AI to eliminate some of the variability and roadblocks that stand in the way of recognizing commonalities.”

Smart algorithms might see patterns in these data, suggesting insights or making correlations, he said. A requisite for doing this is effective electronic transmission of data. “If you can’t move data easily, then you can’t do any of that,” Panner said.

Radiology Partners (RP) — the largest physician-owned radiology practice in the U.S. with 1400 radiologists supporting more than 1000 hospitals across 21 states, according to HIT Consultant, provides evidence-based follow-up recommendations — appropriate for patients — to radiologists while they work.

Radiologist Nina Kottler, vice president of clinical operations at Radiology Partners, helped create and build this machine learning tool into the radiologist workflow. RecoMD alerts RP radiologists to evidence-based best practices and billing conditions before they sign their reports. The idea is to provide information through clinical guidance to the radiologist as they are dictating, she said.

Kottler, who has served on the ACR’s informatics commission and on the SIIM (Society for Imaging Informatics in Medicine) AI Industry Liaison Subcommittee, explained that the software “works with us as we dictate; it listens to what we are saying.” The software, she said, uses natural language processing (NLP) — a kind of artificial intelligence — to understand the radiologist.

Radiologists, she explained, naturally dictate reports in an unstructured way, which makes the extraction of structured information difficult. Instead of forcing radiologists to create structured reports, RP uses information technology to understand what radiologists are saying regardless of dictation style.

The NLP within recoMD has been trained on thousands of reports, allowing it to identify critically important information mentioned by radiologists while they dictate their reports. The tool combines this information with patient and exam metadata to determine the follow-up appropriate for each patient. RecoMD presents this tailored follow-up guidance to radiologists as they work so they can easily review and incorporate the results into their reports. In this way, the AI software adapts to the existing workflow, instead of the other way around.

“Humans are not good at initiating a workflow or integrating information from multiple sources,” Kottler said. “But computers are fantastic at it. So, we really should be developing computer applications that assist the radiologist by performing these tasks.”

RP expanded on this tool, creating another NLP-based algorithm that can retrospectively review signed radiologist reports. This algorithm provides feedback about follow-up recommendations. Feedback is an essential component of any learning program, according to Kottler, as it provides a mechanism for tailored radiologist education. Placing the appropriate follow-up recommendation in a radiology report does not ensure the patient will receive the recommended care.

Recognizing the need to assist referring physicians with this task, RP created a third piece of software. Also built on NLP, this software pulls follow-up information from radiologists’ reports, summarizes relevant data and provides this information to clients “so a nurse navigator can easily follow-up on these things,” Kottler said. Follow-up summaries are currently available for abdominal aortic aneurysms and pulmonary nodules. New pathology is scheduled to be added to follow-up programs this year, Kottler said.

All three pieces of AI software, which Kottler noted were developed to help ensure patients receive the appropriate follow-up care, were created by RP for internal use. Similarly, Ambra Health has developed AI software for its own use.

Many image or “film” libraries struggle to keep up with demands stemming from the ingestion of patient data. This problem may come from differences in electronic records systems. When images from prior exams are needed to properly interpret ones transmitted to another provider, delays in the availability of images and, consequently, in clinical care can be the result. That is why Ambra Health currently uses an ML algorithm to break through this logjam.

The algorithm helps doctors match prior patient images to ones sent from one provider to another. This tool — called an “auto film library” feature, according to Panner — accelerates the process of pulling up relevant prior images, and defines the path over which the images are routed to the physician. “It cuts tons of time out of the process of getting those images to the actual provider or caregiver,” he said.

This matching relates directly to interoperability, as the ML algorithm must determine whether images archived in different systems —using different technologies — are related to the same patient. Patient images may be recorded under similar but different names. For example, one designated “Morris 123” may be of the same patient as an image called “Morris 456,” Panner said. But physicians have to be sure.

“That is where we see the film library capability making a big difference,” he noted.

Editor’s Note: This is the second blog in a series about sharing patient images. The first BLOG: Why Image Transfer Needs To Be Electronic, can be found here.

BLOG: Why Image Transfer Needs To Be Electronic

Webinar: HIMSS Webinar: Healthcare Trends to Watch for in 2020