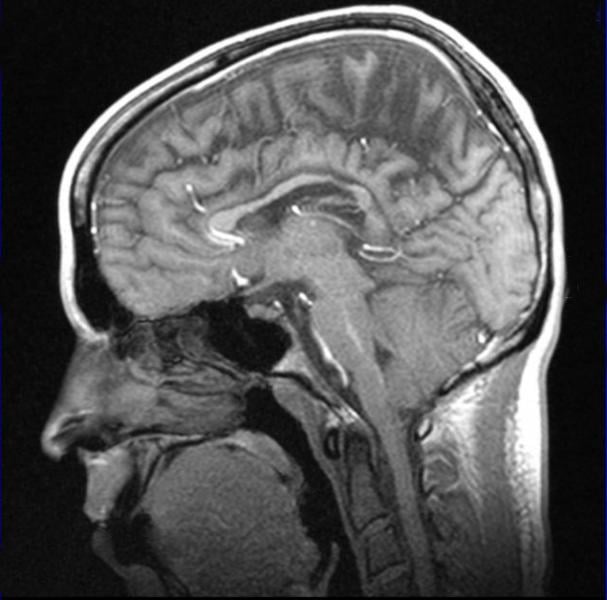 Gadolinium-based contrast agents (GBCAs) used in MRI causes gadolinium retention in the brain, skin and bone. However, there have not been any large-scale studies to determine if this presents long-term patient safety issues.

Over the past couple years covering the news about gadolinium-based contrast agent (GBCA) retention in the brain, skin and bones of patients who received contrast magnetic resonance imaging (MRI) exams, a few key safety red flags popped up for me. At the 2017 Radiological Society of North America (RSNA) meeting, I attended a couple sessions on gadolinium safety, spoke to two MRI contrast vendors and two of the top RSNA experts on MRI. What I learned only served to confirm my earlier concerns. It is my opinion that radiology has failed to treat the contrast agents they use with the same level of concern or thoughtful documentation as with pharmaceuticals or implantable devices I have seen in other medical specialties.

Radiology only recently identified in 2014 that gadolinium from MRI contrast agents is retained in patients’ tissues. There is also a subset of patients who claim they have experienced adverse events or developed chronic conditions after receiving MRI contrast exams. However, radiology has by and large failed to even record the exact doses administered or what specific agent was used in the exam. The key take away I heard at RSNA 2017 is that there is not enough evidence to conclusively say gadolinium agents do not cause adverse events in at least a subset of patients. This was the same response I heard at RSNA 2016. With the introduction of contrast tracking systems and the potential liability of these agents, knowing that gadolinium is retained in the body, radiology should begin rethinking its documentation efforts. Documentation in a systematic effort would also provide the clinical data needed to show any potential cause and effect with these agents and patients reporting problems.

Cardiology is where I have concentrated most of my coverage over the past 10 years. When a new cardiovascular implantable device or new drug is approved by the FDA, it includes post-market approval studies or a registry to help identify any trends in major adverse events. The safety of devices like drug-eluting stents has gotten so good that adverse events are seen in less 5 percent of patients. Often, rare complications are only seen in single digit percentages of specific patient subgroups with various comorbidities or specific anatomy. This requires a lot of data to be collected to sufficiently power studies or registries to clearly identify safety trends that might otherwise be viewed as one-off events. For this reason, cardiologists document a large amount of data for each patient they treat. However, this has enabled early warnings for safety events. The most recent case of this in 2017 was with the first FDA-cleared bioresorable stent. It was taken off the market just a year after it gained FDA clearance because of clear data showing poorer outcomes.

This idea of evidence-based medicine has been embraced by most medical specialties as a way to use empirical evidence to decide if drug A or B or therapy A or B is better at treating patients. Radiology is a different animal in that they do not treat patients, they look at the pictures and tell other doctors what they see. So, radiology has not see the wide-spread use of large-scale, multi-center, randomized trials that are now the bread and butter of most specialties.

The idea of recording data on patients who receive contrast agents or even ionizing radiation doses from X-rays was not even on most radiologists’ horizons until just the past few years. This will need to change as public and regulatory concerns continue to rise over the use of both dose and contrast agents. Radiologists too are concerned, as evidenced by what I saw at RSNA 2017. Sessions on GBCAs were packed, and one session had concerned questions from the audience continue for 45 minutes past the end of the session, which I have never seen in 10 years of covering sessions at medical conferences.

Increased regulation and limits on the use of these agents is already in play. In March 2017, the European Medicines Agency decided there was enough of evidence to limit the use of gadolinium agents. It recommended limiting use of these agents only for exams where contrast is needed to clearly diagnose a few specific diseases can cannot be seen without contrast. The agency suspend the use of non-specific linear gadolinium agents in body scans. (Read the article "European Committee Releases New Recommendations on Gadolinium-based Contrast Agents")

In November 2017, the Japanese Ministry of Health, Labour and Welfare (MHLW) asked MRI contrast vendors to make a mandatory revision of the precautions in the package insert to restrict the use of non-specific linear GBCAs only to cases where there is no alternative.

In September 2017, the FDA’s Medical Imaging Drugs Advisory Committee (MIDAC) voted overwhelmingly to recommend new labels on gadolinium-based contrast agents (GBCAs) warning of the possibility of gadolinium retention in the body. The labels will further explain that linear GBCAs carry a greater risk than macrocyclic agents, and that there is a greater risk for certain patient populations. (Read the article "FDA Committee Votes to Expand Warning Labels on Gadolinium-Based Contrast Agents")

The FDA released a statement before the September meeting, where it stated its approach has been educational, alerting the public and clinicians to the retention phenomenon, but not issuing any restrictions on use. The agency said the toxic effects in humans have not been established. In May 2017, the FDA reported it reviewed the safety ramifications of GBCAs in current clinical data and did not identified adverse health affects from gadolinium retained in the brain. But, this may be related to the fact that there are no large-scale studies that have investigated this to make a decision one way or the other to make a blanket regulatory health claim. (Read the article “FDA: No Harm in MRI Gadolinium Retention in the Brain”)

The recent lawsuit filed by Chuck Norris and his wife in 2017 against the vendors who made or supplied the the GBCAs his wife received during an MRI exam has brought this issue more into the main stream media. The $10 million suit claims the GBCAs used caused severe adverse reactions in his wife. Norris is only the most public figure in a growing group of patients claiming that gadolinium agents caused them to contract an array of maladies after receiving GBCAs. They have formed several groups on social media to share information. The common theme is that when they bring their new health issues to the doctors who ordered or carried out the contrast MRI exams, their complaints seem to fall on deaf ears because there is little evidence that gadolinium could be the culprit.

There is also the argument that MRI gadolinium exams have to be balanced with patient risks vs. benefits. Vast clinical evidence does exist, based on millions of MRI contrast exams over the past 40 years, that very clearly shows GBCAs have saved or helped extend the lives of the vast majority of patients scanned. This fact is not disputed by anyone in the medical community. However, this needs to be balanced with the potential risks GBCAs may pose, after all, as with all pharmaceutical agents, all drugs carry some potential risk factors. I think this might be forgotten about or ignored by many radiologists or doctors ordering contrast exams. These risks may only affect a very small percentage of patients, but radiology lacks the scientific data to clearly define what these risks are.

The only way more data will ever be collected to answer the long-term safety questions is to create a large-scale registry run though a a large society like the RSNA or American College of Radiology. This should be run similar to the American College of Cardiology (ACC) registries for devices and allow open access for researchers to slice and dice the data. It should include all patients receiving gadolinium contrast MRI exams, the dose received, the agent used, based-line lab values and other helpful data points. To date I have seen a lot of concern and discussion by radiology on GBCAs, but I have yet to see physicians, patients, vendors, or the radiology societies coming together to champion such a cause.

Here is a link to a VIDEO interview I did at RSNA 2017 with MRI expert Max Wintermark, M.D., professor of radiology and chief of neuroradiology, Stanford Hospital and Clinics, on the gadolinium retention debate.

Here is a VIDEO interiew with MRI expert Emanuel Kanal, M.D., director of MRI services and professor of radiology and neuroradiology at the University of Pittsburgh Medical Center, on gadolinium from RSNA 2016.